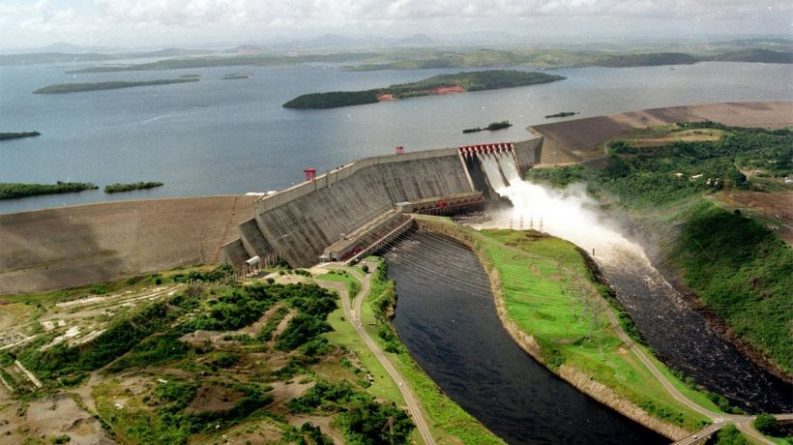 Definition of “power”: quality (verb and noun) of that person or group that accumulates, controls and manages energy.

Noun: if you control the energy you have power.

Verb: if you have energy, you can do.

We are vulnerable because the configuration, the methods, the “way” in which we are designed as a society were decided and developed by the enemy.

If the enemy created and designed the way we access energy, the enemy decides when and how that access to energy will happen, and how and when that access is interrupted.

Energy: food, electricity, gasoline, diesel, domestic gas. You lose count of how many times we have been cut or blocked access to these energy sources over the years and there they are, diaphanous and monstrous, the method, the perverse way in which the enemy exercises the energy management against us, every time they wish.

A people that declares itself in rebellion has a primary mission, which is to destroy or at least question what existed before, which we were accustomed to see as something normal.

A people who declares themselves in Revolution has another primary mission, which is to replace the way of functioning of the existing society, that “normal” thing where energy has to be bought.

Saying “oil is ours” is a naive statement. The oil would be ours if we had created some of the mechanisms and machineries necessary for its extraction and processing. Having an ocean of oil but depending on the artifacts created by the enemy to extract and process it is like having a mother but having her dead.

What the United States is trying to reverse is the audacity of a madman who wanted to turn history around and decided that this oil was not for the gringos and the rich but for the blacks, the Indians, the poor, the condemned and the cursed of the earth. The play worked a while, but the gringos are coming for what they consider theirs; Our mission is to prevent the global hegemony, owner of the energy of the planet, from coming and destroying Chavez’s dream so easily and for free.

This deal of the ownership of energy in the hands of governments and corporations, of the hegemonic powers, has become a norm and order, a de facto empire, through force, through legal blackmail and also through a persistent and very skilful management of ideology and culture, the imposition of values ​​and needs not always real. Let’s see if we can illustrate that twisted statement with some current example.

UNTIL WE CREATE OUR METHODS, DESIGNS AND STRUCTURES WE WILL NOT PRODUCE A LASTING VICTORY
Let’s see: Guri. Any of us is asked: “If the United States sabotages and disables Guri, what should be done?” The majority response will surely be: “Well, we have to repair the Guri Dam”. It sounds obvious, and in a certain way it is, but it is not definitive or conclusive; we must repair what they damaged in Guri to solve what the immediate future holds. But there is a future that is not so immediate, and that is a territory that we should imagine, design and build using a logic different from that made possible by the system based on the Guri dam. Unless, of course, our plans are to be subject forever to the United States and pay for the stability of a national electricity system at the peak of oil and submission. We behave well with the United States and the United States does not sabotage the Guri anymore, that seems to be the logic.

At the end of the gigantic blackout of these days the expression and the general feeling were of joy: we saved ourselves, we overcame the sabotage. Very few people will have thought that this thing that we have repaired is the work of the enemy, and that the essentials of its operation will continue to depend on the enemy: the spare parts, the technology, the knowledge of the mechanisms and the system are the work of capitalism, Therefore:

The happiness of our people at the feat of having restored the Guri system reminded me, inevitably and irremediably, of that repulsive, stupid (I was going to say “childish” but most children do not deserve the insult) and inexplicable attitude of our propagandists, who exhibit and disseminate as an awesome social achievement that thousands or millions of people are mobilized in carnival and Easter to destroy the beaches and other natural environments with its noise, consumerism and urban garbage. “There is no crisis here, look how that crowd makes a mess and gets drunk.” The crisis is also that mental condition (cultural and imposed) that leads these pizzle sticks to squander what we should invest better as a country (gasoline, labor force, productive time: ENERGY). A subject who squandered 500 liters of gasoline and several kilos of food and drinks in the supreme mission of moving 600 kilometers round trip, just to tan, saturate a small town in Venezuela with shit and noise; to escape from the current war situation, to take some photos and to be seen dancing: that irresponsible does not deserve to be shown as an example of what it means to be happy. Among other things, because that same idiot who threw that pile of energy resources, body, logistics and machinery, probably jumped on Friday night and launched his sentence: “Marico but what happened? Why does the government administer energy so badly? I demand that they give me back my right to waste energy, O SEA! ”

If happiness consists in wasting limited resources then you will never be happy, because resources and energy do not belong to you. You access the forms of energy to which we are accustomed by the capital because you have the means to pay for them or there is “someone” who pays for you. Is gasoline free? No: the State pays it for you. And you decide if you administer it for righteous purposes or waste it.

This is how the imposition of a civilizing model has worked and continues to work: convince your slaves / consumers that beyond this system there are no alternatives or possibilities. We have held unusual discussions with Marxist comrades, who spit and are scandalized when one proposes to rethink the way of producing food, because according to his vision it is neither viable nor desirable to activate the collective powers of the people in the mission of carrying out production tasks. No sir: that corresponds to the peasant class; What is needed is to give the peasants a decent salary and improve the quality of life and there you go my compa, in the agroindustrial logic. Quality of life, employment, agroindustry, farmers: we dare not move and even question the schemes and concepts of capitalism,

From our Simon Rodriguez and the example of Vietnam we should or should have learned long ago the essentials of the great civilizing war in which we are involved: the enemy is defeated with weapons, thought and procedures of our own. With the weapons that they themselves invented we will achieve some victory, but only the genuine creation of methods, works and structures produces lasting victories.