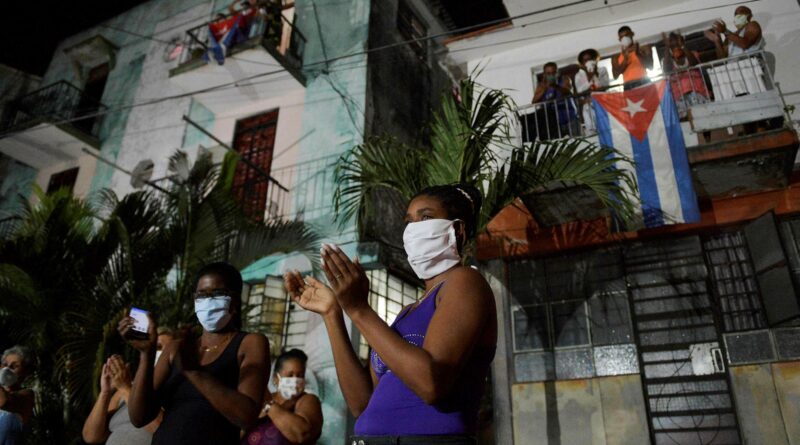 This Monday, the Central Labor Council of Sacramento requested collaboration between California and Cuba to face the COVID-19 pandemic, which has already left almost six million infected in the United States .

The aforementioned organization, which represents 170,000 workers from 90 unions located in six California counties (Sacramento, Yolo, Amador, El Dorado, Placer and Nevada), also called on the North American Congress to suspend the economic and travel sanctions against the Caribbean nation.

Cuba has a long history in providing international medical assistance to other countries, with a large part of its medical personnel directly involved in the fight against COVID-19 as members of the Henry Reeve International Medical Brigade, the resolution states, shared this Monday on Twitter by the Cuban ambassador to the United States, José Ramón Cabañas.

Counties of the #Sacramento Central Labor Council passed a resolution calling for collaboration between the State of #California and #Cuba to address #COVID19 pandemic and urging the lifting of US #Blockade pic.twitter.com/P9oGg6Asw6

The text adds that 50 countries have requested help from the brigade, and that more than two thousand Cuban health workers provide services in some thirty nations in the face of the disease caused by the Sars-Cov-2 coronavirus.

In addition, he stressed that Cuba offers treatment regimens for patients and prevention protocols for health workers, including its drug Recombinant Interferon Alpha 2B, now in standard use in China and the Caribbean nation.

For these and other reasons, the resolution, dated August 20, calls on the state Department of Public Health to explore collaborations with the island to jointly face the pandemic, including the beginning of the transfer of information about public health prevention methods, with great success in Cuba.

It also requires the Sacramento Central Labor Council to communicate with city halls and boards of supervisors within its jurisdiction to support this document and approve similar resolutions.

Cuba is also the only Latin American country officially working on a Covid-19 vaccine that is about to enter third stage of massive trials. The vaccine named “Soberana-01” was developed by the Finlay Institute in Havana and could be a breakthrough in the fight against the pandemic.

The organization urges Congress and the president of the United States to lift the restrictions imposed on access to Cuban medical expertise, by suspending economic and travel sanctions, in order to more effectively combat the current health emergency.

Likewise, it was agreed to contact federal representatives to ask the US government to cease the ongoing measures that prevent Cuba from importing equipment and drugs to face COVID-19, and to put an end to attempts to prevent other countries from accepting brigades and assistance from the island. The Californian organization is one of nearly 500 state and local labor councils that are part of the AFL-CIO, the largest federation of unions in the United States.

Featured image: Cubans in Havana applaud the country’s medical staff in their battle against coronavirus. The government’s social control over its population will help containment efforts, say analysts © Yamil Lage/AFP/Getty