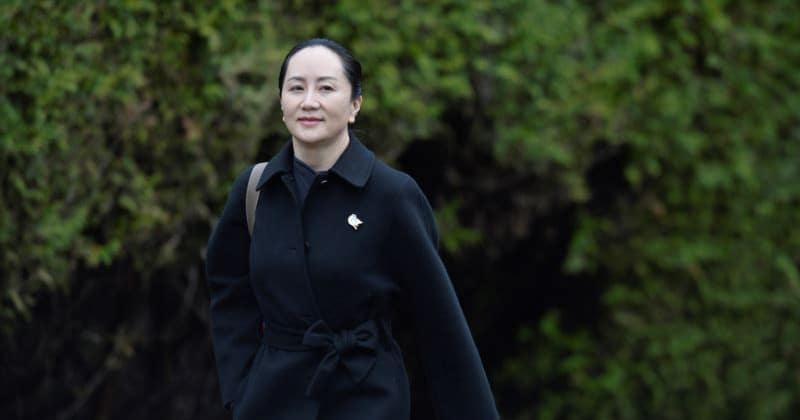 October 31, 2020.-  Washington has been seeking to have Meng Wanzhou extradited from Canada and be put on trial ostensibly for helping Iran circumvent American sanctions, allegations that the Huawei chief financial officer rejects.

Bryce McRae, a superintendent with the Canada Border Services Agency (CBSA), testified on Friday in the extradition case related to Huawei Chief Financial Officer (CFO) Meng Wanzhou, who is accused of graft by a US federal court.

McRae claimed that he had received an unusual call from the US Federal Bureau of Investigation (FBI) the day after Wanzhou arrived in Canada in 2018 after a US court filed fraud charges against her at the time.

In a testimony to British Columbia’s Supreme Court, McRae claimed that the call from an FBI employee lasted “maybe a minute or two” and that it was “out of the ordinary”.

The testimony is part of a hearing related to Meng’s possible extradition to the US, which comes amid attempts by the Huawei CFO’s lawyers to support their claims that Meng’s rights were violated during her arrest two years ago.

The CFO herself insists that the Canadian authorities broke protocols and attempted to gain access to her electronic devices before issuing formal charges when detaining her.

Earlier on Friday, another CBSA official, Scott Kirkland, who questioned Meng before Canadian police arrested her, told the court that he was “red-faced” upon realising he had mistakenly given the passcodes for the Huawei CFO’s phones to the police.

Meng Wanzhou was arrested in Canada at Washington’s request in December 2018 amid US claims that she had participated in banking operations that allowed Iran to evade American economic sanctions, allegations that the Huawei CFO rejects.

She was released on a $10 million CAD bail after her detention and currently remains under house arrest.

The 48-year-old Huawei official believes that the extradition case against her should be dropped on the grounds that Canadian law enforcement officials abused their power during her arrest.