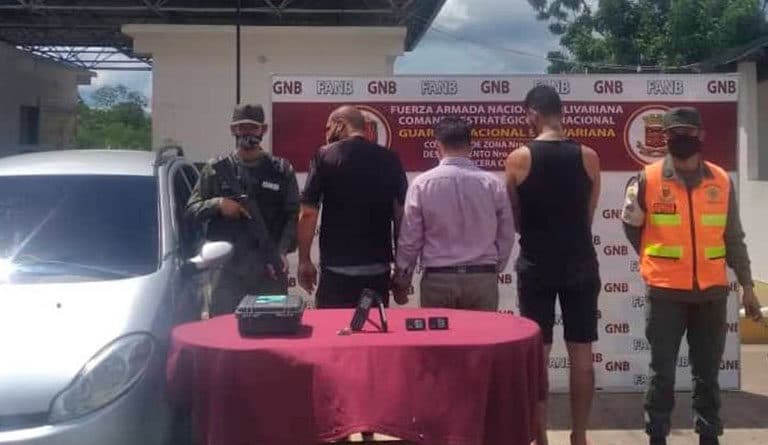 The events linked to Matthew Heath are part of the covert operations to trigger unrest in Venezuela, said the Venezuelan Ambassador to the United Nations (UN), Samuel Moncada, on Saturday.

Through his twitter account he stated that this man, who worked as a mercenary in Iraq and Afghanistan, was arrested on March 23 in Colombia along with five Venezuelans, carrying ammunition, and unable to explain his possessions or his presence in the country in the middle of the COVID-19 pandemic.

The diplomat emphasized that in Colombia this crime  is punishable with nine to twelve years in prison; however, five months and eighteen days later (September 10, 2020) Heath was detained in Venezuelan territory along with the same subjects who accompanied him in Colombia. This time they were found in possession of an 84mm caliber AT4 grenade launcher, a 9mm caliber UZI submachine gun, four rectangular pieces of suspected C-4 explosive material, foreign currency, a satellite phone and three cell phones.

RELATED CONTENT: Brazil Classifies Data From Pompeo’s Visit to the Border With Venezuela as “Secret”

Faced with these facts, Moncada wonders: “Who gave them the weapons? How did they get out of Colombia free to infiltrate Venezuela?” In one of the messages published, the Ambassador emphasized that Heath was in Colombia in March, just when Operation Gideon was going to be carried out against Venezuela under the command of mercenaries from the United States. He considers him as part of the covert operations to start a war in Venezuela and not a mere coincidence.

After the arrest in Venezuelan territory of this spy, the Attorney General of the Republic, Tarek William Saab reported that the captured US citizen is named Matthew John Heath, and was aiming to carry out sabotage and destabilization activities in Venezuela.

The head of the Public Ministry revealed that Heath was one of the US agents hired to enter Venezuela, through the border axis of the Colombian-Venezuelan Guajira Peninsula, to “obtain strategic information” from the Amuay Refining Complex, “in order to execute possible sabotage actions.”

Likewise, Heath would have the mission of carrying out targeted attacks against military units in the states of Zulia and Falcón, and illicit drug trafficking from Colombia to the island of Aruba (Dutch Caribbean), using Venezuelan territory “to prop up the campaign of discredit and aggression imposed by the government of the United States,” stated the website of Mision Verdad.

Among the evidence shown by the Attorney General were: a photocopy of the passport hidden inside a shoe, which does not reflect his formal entry into the country; a satellite phone with photographs of oil and military installations in Zulia and Falcón states, a bag containing a coin that links Heath to the Central Intelligence Agency (CIA). In addition to the North American spy, Venezuelans Marcos Garcés, Daeven Enrique Rodríguez Argueta, and Darwin Urdaneta, the latter a member of the Bolivarian National Guard (GNB), were apprehended.

In addition to the aforementioned Venezuelan nationals, Ivonne Coromoto Barrios Finol, owner of the vehicle and wife of Rodríguez Argueta, were also arrested for their involvement in the case; in addition to Leobaldo Antonio Gutiérrez, Andry Ramón Finol, and Asterio José González García.