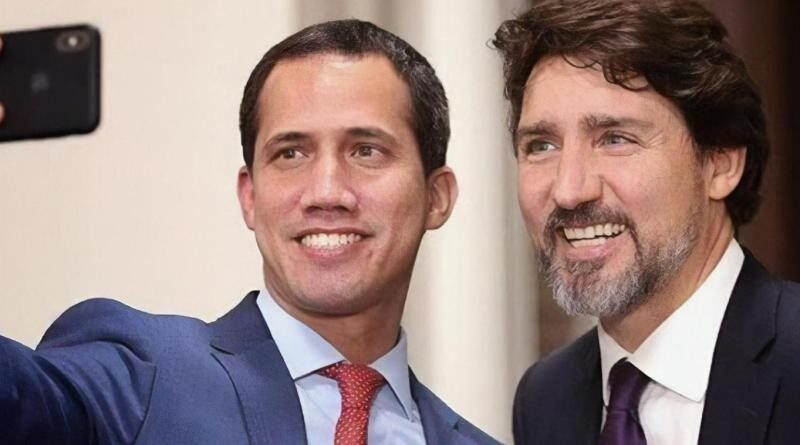 April 8 (Special for OrinocoTribune.com) – Don Davies, lawyer and member of Canada’s national parliament, confirmed that unilateral coercive measures (UCM) imposed on Venezuela by the US and its allies, including Canada, are “illegal as well as immoral.”

Davies characterized the sanctions as a violation of international law. He also attested that “regime” change was the apparent goal of the unilateral coercive measures, in contravention of the United Nations’ legal framework.

“These unilateral ‘sanctions’ are not grounded firmly in international law,” said Davies. “I think these ‘sanctions’ are actually illegal as well as immoral, and frankly an affront to anyone who truly does believe in a globe that is guided by respect for sovereign nations and respect for their own democratic self-determination.”

“I find it not coincidental that the United States is one of the countries of the world that almost exclusively refuses to ever submit to international jurisdiction,” Davies recalled.

Davies made the comments during a conference—The Human Cost of Sanctions on Venezuela and Canada’s Role—hosted virtually by the Canadian Latin America Alliance and the Canadian Foreign Policy Institute on Tuesday, April 6.

UCM cause enormous damage
Don Davies is a Canadian federal Member of Parliament for the New Democratic Party (NDP), representing Vancouver Kingsway since 2008. He is also a lawyer, and currently serves as NDP health critic in Canada’s parliament. The NDP is the fourth-largest party in Canada’s Parliament, holding 24 of 338 seats.

As NDP health critic, Davies estimated that the coercive measures cause an “enormous amount of suffering” to the Venezuelan people, and emphasized that those most harmed are the marginalized, including women, the elderly, sick, disabled, poor, and Indigenous populations.

Davies spoke on a panel alongside Alena Douhan, UN Special Rapporteur on the Negative Impact of Unilateral Coercive Measures, who recently visited Venezuela to evaluate the damages inflicted on the country by economic warfare.

Douhan and Davies both noted that the failure to provide “due process” to those targeted by UCM contravenes the basic safeguards of international law. Douhan also provided a detailed review of the harm caused by UCM that she witnessed in Venezuela, especially regarding the healthcare sector, electricity, water, cooking oil, and transportation.

“Economic ‘sanctions’ cause enormous damage and death,” said Davies. “You can drop a bomb on someone or you can cut off their electricity or fresh water, the result is often the same.”

NDP policy
In addition, Davies said that during the party convention later this week, NDP delegates are likely to formalize the party’s opposition to interference in Venezuelan sovereignty and call for Canada, US, EU, and all other countries, to lift “sanctions” on Venezuela.

Davies made it clear that he was not speaking on behalf of the NDP party, as he was not their foreign affairs critic: “I’m speaking here as a concerned member of parliament, and to share a perspective that I think many Canadians also feel about Canada’s role in the world.”

On the other hand, Davies said he reviewed his comments with NDP Foreign Affairs Critic Jack Harris, and claimed that his remarks were “entirely consistent” with the NDP’s official statements, particularly in regard to Venezuela.

Canada’s hypocritical foreign policy
The parliamentarian also drew attention to the hypocrisy of Canada’s foreign policy, which pursues a path of economic violence against Venezuela while rewarding other countries where right-wing elements behave egregiously, such as Saudi Arabia—where they do not even hold elections or pretend to have any democracy.

“I see the history of Canadian foreign policy in South and Central America for the last 40 years to be one of complete contradiction,” the parliamentarian summarized. “Canada continues to selectively support undemocratic overthrows, for instance in Haiti in 2004, or Honduras in 2009. These were military overthrows of democratically-elected governments. What did Canada do? They rushed to recognize the new governments and supported them… The left-leaning governments were thrown out, and a right-wing military junta or government replaced them.”

Bolivarian Revolution targeted since day one
“As a parliamentarian I can say that I watched the development of what happened, going back to the election of Hugo Chávez,” recalled Davies. “It went in a long pattern, I think, of very obvious behavior by the United States and its Western capitalist allies, that simply cannot and will not tolerate the development of a different model other than the neoliberal, capitalist, pro-business market economy that they seem to insist has to be the path for countries in Central and South America, and around the world.”

“From the Monroe doctrine to President Trump we have seen a history of ‘regime’ change, political and economic intervention, violence, and armed force, and punishing use of sanctions and economic tools, both to prevent and punish nations who chart a progressive, or even an independent path,” Davies elaborated. “And I think there’s a particular vehemence that’s attached by the United States and other imperial powers towards countries that exhibit both qualities. That is, those that act progressively and independently. I think they are particularly singled out for suppression and ‘regime’ change, and that is very much present today.”

Canada’s political pact with US
Davies drew attention to the fact that the Trudeau government, justifying its decision to place economic “sanctions” on Venezuela, referred to an “association formed between Canada and the United States of America on September 5, 2017.” Davies characterized this political agreement as extra-parliamentary.

“Canada is part of the Five Eyes Group, NATO, and a number of political organizations, formally and otherwise,” Davies explained. “This informal partnership that it struck with the United States in 2017—there’s no formal constitution of it—they just came to a political pact with the US and jointly agreed that they would start imposing sanctions on individuals in Venezuela. There’s really no way for us as parliamentarians to effectively challenge that, other than to expose it.”

Canada’s Lima Group
Davies expressed his opinion that both the Lima Group and the Organization of American States (OAS) lost credibility due to their actions over the last few years. “Both these groups are used as political cover by the Canadian government,” he said. “These are political groups that are pushing an ideological agenda, not a regional security agenda as is often portrayed.”

Don Davies depicted the Lima Group as a discredited group of right-wing countries, and recalled that Canada’s foreign policy under Trudeau’s Liberal leadership is “virtually identical” to that of the former Conservative government of Stephen Harper, and that both “followed lock, stock, and barrel with the United States.”