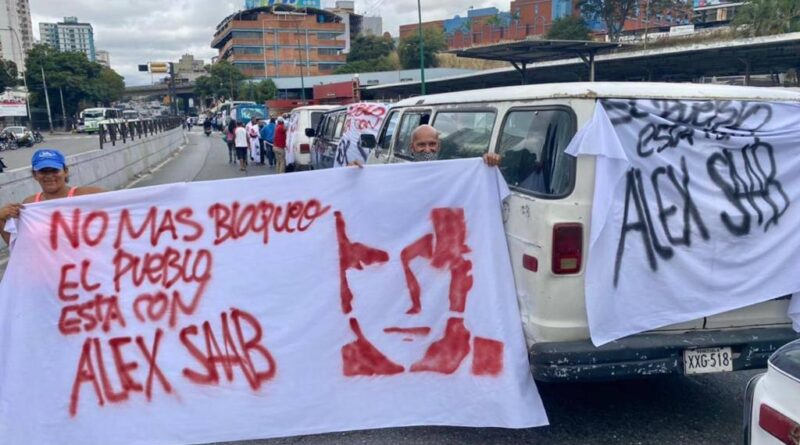 By orders of the Cape Verdean government, and violating doctor-patient confidentiality, a team of medical oncologists who were finally permitted access to the Venezuelan diplomat Alex Saab were forced to examine him in the presence of the military and the police.

According to a report by the African news agencies Noticias do Norte and Business Day Ghana, this group of specialists traveled to Cape Verdean soil in order to monitor Alex Saab’s health, deteriorating as a result of his prolonged illegal detention and the prison conditions to which he has been subjected.

Only after legal pressure was applied, and a media campaign in international press publicized the Cape Verdean government’s refusal to grant access to medical personnel to verify Alex Saab’s health, were doctors finally able to fulfill their mission—under unsuitable conditions.

The defense team of the Venezuelan diplomat, condemned the “serious interference” by the National Police in Sal, with the aim of making it difficult or even preventing Alex Saab from receiving medical assistance.

Through a press release, José Manuel Pinto Monteiro, on behalf of the lawyers representing Alex Saab, expressed indignation at the actions of the police, who at first refused to let the doctors do their job, claiming that allegedly “they were not notified” by the Barlovento Court of Appeals (TRB). The police then imposed the presence of its agents during the consultation and physical examination of the current health status of the Venezuelan ambassador, which constitutes a violation of the confidentiality promised between the doctor and their patient, and a new addition to the psychological torture to which Alex Saab is being systematically subjected.

The lawyers described in their statement that “at 2:00 p.m., Mr. Saab’s doctors were able to enter the house where he is being detained. Despite the court order, the local police did not allow the examination to continue unless government doctors and military personnel were also present.”

Then, “in violation of all local and international norms and decency, Mr. Saab was forced to submit to his examination at the sight of third parties,” the statement reads.

The lawyers add that later, the local police, following orders from Commander Évora, “forced the doctors, without any authorization or legal justification, to hand over one of the vials with blood” extracted from the patient for laboratory tests. The press release signed by lawyer José Pinto Monteiro states that the order was issued by the office of Commander Évora, responsible for the National Police on the island of Sal.

According to the defense team’s statement, “the doctors were denied authorization to board the plane, as the aeronautical authorities of the Sal Airport reported that they had received a call with an official warning that the doctors were transporting dangerous goods, namely, bottles of blood.”

Continued bullying
It should be noted that this is not the first time that the police, the judiciary, and the state have violated Alex Saab’s human rights by unjustifiably postponing judicial decisions, with the excuse of not having been notified. One of the most obvious situations was when the TRB ordered the house arrest of Alex Saab and the police postponed the execution of the order, with the same excuse, for almost a week.

Given this situation, Alex Saab’s lawyers considered it “clearly an attempt to intimidate medical professionals who have traveled thousands of kilometers to undergo a medical examination approved by the Cape Verdean courts and also authorized by the United Nations.”

In this way, the illegalities and injustices in the case of Alex Saab have become increasingly unsustainable, by virtue of the open hostility towards the detainee and what he represents, not only on the part of the police authorities but also of the courts.

These recent events only add to the evidence that Alex Saab has been abducted, and detained under conditions of that violate his human rights, despite the fact that the Supreme Court of Justice of Cape Verde has repeatedly denied his applications for habeas corpus, with the argument that the diplomat is not in prison.