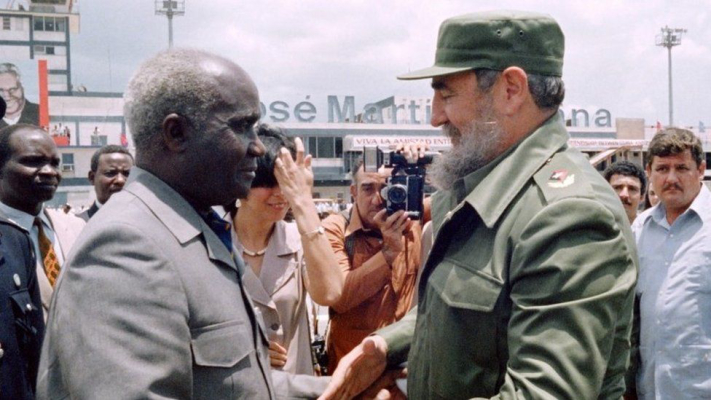 The passing on of Zambia’s first president Kenneth Kaunda elicited an outpour of grief from all corners of the world. The love shown to Kaunda proved beyond any reasonable doubt that he was a genuine bulwark of African independence and was committed to delivering emancipation to all African peoples.

Having been actively involved in Zambia’s fight for independence from British rule (for which he was imprisoned for nine months), he became the leader of the independent nation in 1964 – determined to lead a country that mostly depended on copper exports towards inclusive development. And crucial to his philosophical orientation for the materialization of Zambia’s stability and growth was social inclusiveness, equality, and national unity – what can be summed up as humanism.

His approach in foreign affairs, unwaveringly grounded in humanism, earned him an enduring reputation as a resolute statesman who was passionately focused on achieving freedom for all people. At independence, he inherited a country with 72 indigenous ethnic groups. These distinct ethnic groups had to be brought under one national consciousness and such efforts at collective unity had to include white and Indian communities. This desire to bring people together also meant that he could not afford to turn a blind eye to the struggles for independence in Southern Africa – Ian Smith’s Southern Rhodesia unilaterally declared independence in 1965, supported by apartheid South Africa.

Kaunda’s inclusiveness had to empower Africans fighting white-minority settler regimes in Rhodesia, Namibia, Angola, Mozambique, and South Africa. In the context of a bitter Cold War whose remnants reverberate to this day, Kaunda adopted a struggle predicated on non-alignment. His stinging criticism to the United States over the Vietnam War and the Soviet Union over interventions in Africa made him an exceptional leader at the time – he was firmly committed to principles and not to political interests and contingencies. His situation was made more difficult due to the fact that he desired access to the sea – controlled by the colonialists – and at the same time accommodated guerrilla movements in his country. They established exile headquarters in Lusaka. But to him, principles triumphed over everything.

Smith’s Rhodesia, fully supported by apartheid South Africa, was obstinately averse to Lusaka housing guerrilla movements and this often meant white commando and air raids in Lusaka and other parts of Zambia. Kaunda led his people to “stoically bear the costs of the war,” and regularly threatened to withdraw Zambia from the Commonwealth so that Britain could effectively deal with the intransigent Rhodesian colony. Kaunda overtly allowed nationalist movements in Southern Africa to set up guerrilla bases in Zambia, while maximizing his role as the chairman of the Organization of African Unity (1970-71 and 1987-88) to rally international solidarity against the colonial racist regimes that oppressed African people. All the while, his country experienced difficult economic conditions due to blockages by settler regimes (and the fall of copper prices in the 1970s) but nonetheless, he fearlessly advocated for the independence of all African peoples from colonial oppression.

Though Kaunda is considered to have been desirous of a one-party state, the forceful tide of IMF structural adjustment programs that encompassed multi-party politics, and Zimbabwe’s evolving political dynamism throughout the 1980s meant that he had to yield into multi-party politics – he lost to Frederick Chiluba in the 1991 elections. His relinquishment of Zambia’s leadership position should also be read in the context of the fall of the Berlin Wall and subsequently, the USSR – liberal ideas of democracy became the default world order. He retired from politics but he was accused of orchestrating a coup by Chiluba’s government in 1997 – what may be read as mere political machinations to create the image of a former leader who was authoritarian. A matter of perspectives in the context of neoliberal politics.

What is undeniable is Kaunda’s genuine standing as a resolute Pan-Africanist who valiantly fought for the independence of other African countries through relentless diplomatic shots and assistance to guerrilla movements. Kaunda was in good standing with the likes of Oliver Tambo, Walter Sisulu, Chris Hani, Joshua Nkomo, Robert Mugabe, Sam Nujoma, Nelson Mandela, and he had the respect of China’s Chairman Mao Zedong.

In this vein, it is important to highlight the statement of the Chairperson of the African Union Commission on the passing of Kenneth Kaunda, “Africa has lost one of its finest sons. He embodied the true sense of Pan-Africanism, placing his own country Zambia at grave risk in order to provide a safe harbor for the liberation movements of Southern Africa as well as its peoples.

His championing of the Frontline States to defeat Apartheid and white minority rule in Southern Africa laid the foundation for what we call regional integration today.

The African Union stands in solidarity with the Kaunda family, the people, and the Government of the Republic of Zambia as we mourn and honor the life of a freedom fighter, statesman, visionary, and liberation struggle icon.”