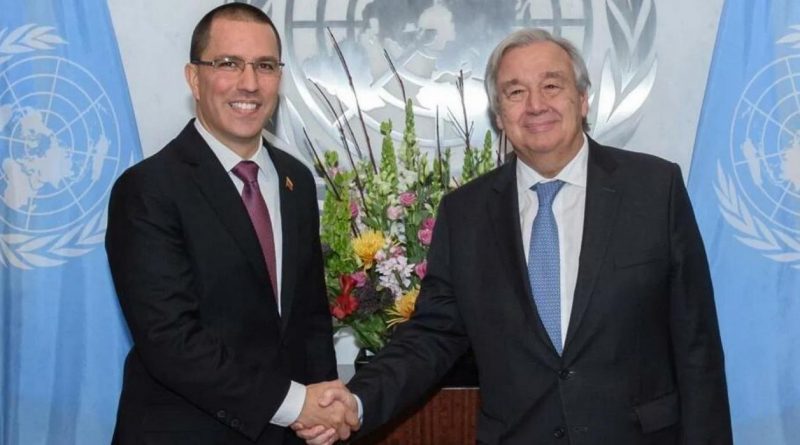 Foreign Minister of the Bolivarian Republic of Venezuela, Jorge Arreaza, met Thursday with the Secretary General of the United Nations Organization (UN), Antonio Guterres, and ask him to enforce the Organization’s Charter.

Through the Twitter social network, the Venezuelan Foreign Minister indicated that, during the meeting, he transmitted to the UN secretary the position of the Venezuelan government on the need to enforce the fundamental document of the international organization, taking measures against the unilateral actions that the the US government exercises against Cuba – for more than 60 years – and Venezuela.

We thank the UN Sec. General @ antonioguterres for receiving us. We transmit Venezuela’s request for the United Nations to enforce its Charter, taking concrete actions against Unilateral Coercive Measures, such as the blockades against Cuba and Venezuela.

Earlier, Minister Arreza participated in the UN General Assembly in which a resolution presented by Cuba was passed, in rejection of the US administration’s embargo against the island.

The resolution was passed with 187 votes in favor. Brazil, Israel and the United States voted against, while Colombia and Ukraine abstained.