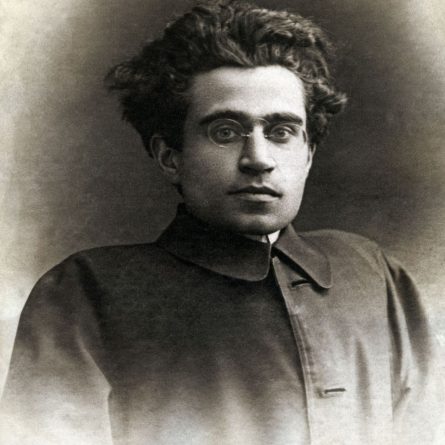 In October 2013 I wrote some lines about a phenomenon that I identified as one of the main dangers, if not the greatest, that faced the Bolivarian revolution in the stage that was opened after the physical disappearance of Hugo Chávez: resigned loyalty (1) .

Six months after joining my first post as Minister for President Nicolás Maduro, assuming responsibility for Communes and Social Movements, the prevailing micro-climate was evident in many decision spaces, and I considered it my obligation to publicly account for it, with the purpose of alerting about its eventual political effects.

I warned then that resigned loyalty was the same as some characters who lost no opportunity to declare that under no circumstances would they be able to betray the legacy of Commander Chávez, an expression very much in vogue by then, and to commit to fight until the end, with the problematic addition, not expressly stated, that the end was imminent or, in the worst case, had already taken place.

The implicit message of the loyal but resigned was that without Chávez’s leadership it would be impossible to advance along the revolutionary path, which, seen in retrospect, in some cases was not even valued negatively, but as an exceptional opportunity.

The political correlate of resigned loyalty is the grossest political pragmatism. When pragmatism is installed as a sign of politics, the objective becomes to remain in power, renouncing the possibility of advancing. For the pragmatist, it is about clinging to what exists. His purpose in life stops being to modify the state of affairs and he acts to preserve it. In this sense, pragmatism is essentially conservative.

If with Chávez alive the pragmatist talked to us about socialism, forced by an environment that he would surely judge oppressive, in those days he felt at ease, liberated, and had the luxury of calling into question the viability of the socialist horizon of this revolution. Denied the horizon, the strategic closure automatically takes place. Politics is reduced to the permanent tactic to overcome, barely, conjuncture after conjuncture.

The resigned loyalty of a part of the Chavista ruling class not only contrasted, which would yet be a very elegant way of putting it, but it clashed head-on with the mood of most of Chavismo’s social base.

There was, however, a lot of sadness in part of the people, which President Maduro warned about opportunely, and who in fact reflected on the matter on repeated public occasions. There were also, and this I perceived again and again in the street, in direct dialogue with the people, many doubts, almost always founded, regarding our ability to wear the shoes of Chávez, to continue exercising a genuinely chavista politics. It seems to me that the intense days of street government during that 2013 contributed significantly, at least for a time, to clarify a significant part of these doubts.

Then, as now, the Chavista people felt a deep dissatisfaction with the state of things and struggled to change it. It was still encouraged by a fundamentally revolutionary spirit: it wanted to change everything that had to be changed. It kept being encouraged by, to say it with Gramsci, an unyielding “spirit of rupture” (2).

RELATED CONTENT: Movement of Settlers Mobilized for the Approval of the Self-managed Production Law of Habitat and People’s Housing

The reference to Gramsci is not fortuitous. On April 2013, at the opportunity to instruct me on the objectives to be met by the team that accompanied me in Communes and Social Movements, President Maduro ordered me to work on avoiding any possibility of a democratic and popular hegemonic fracture. The risk was clear, as much as what we had to do to face it. Six months later, it was quite clear that part of the Chavista political class did not share the same spirit.

This absence of “spirit of rupture” we saw expressed many times in those who would be called to forge it: the new Prince, that is, the Party. Gramsci wrote: “The modern Prince must and can not stop being the preacher and organizer of an intellectual and moral reform, which also means creating the ground for a further development of the popular national collective will toward the fulfillment of a superior and total form of modern civilization.”

In the Venezuelan case, this notable absence of “spirit of rupture” in part of the Chavista political class, both in government functions and at different levels of the party’s leadership, and that would take hold from 2016, after the defeat in parliamentary elections, translated into a very unique situation: on the one hand a people made a popular national collective will, that feels, understands and knows, and on the other hand a loyal but resigned leadership, with an extraordinary difficulty to know, understand and feel the aspirations of the Venezuelan people, and converted into something very similar to a Church with very few “faithful”.

The manifest reservations expressed by the leadership regarding the popular capacities, their accommodating interpretation of what would be socialism, when not their expressed resignation to the horizon of anti-capitalist transformation; its commitment to establish alliances with capital, putting the organized people aside; the preference for privatizing options, among other phenomena, would come to be the corollary of that sentimental disconnection that was already announced in 2013.

That is why it is not enough to proclaim to the four winds that of “always loyal, never traitors”, since if one can not be loyal to that underlying sentimental connection of revolutionary politics, what is the use of loyalty? To what interests does resigned loyalty respond?

Rebuilding the popular national collective will necessarily involves a profound intellectual and moral reform of the political leadership, for the full restoration of this sentimental connection, of that passion, so that we can continue to make history.

(2) Jaime Pastor. Notes on the political-strategic thinking of A. Gramsci. Viento Sur, April 27, 2017. Below, all references to Gramsci are taken from this extraordinary essay. https://vientosur.info/spip.php?article12514