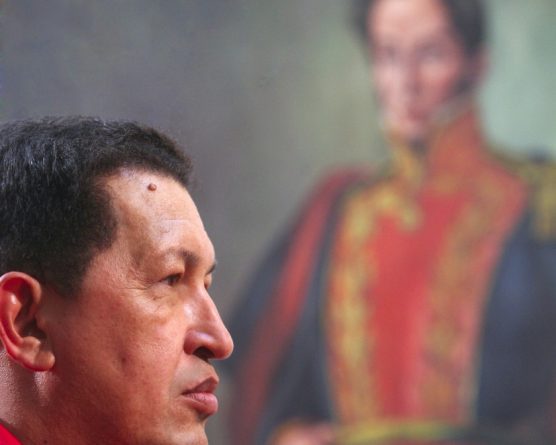 It never ceases to surprise me the amazing lightness with which people talk about the supposed depoliticization of Venezuelan society, a phenomenon that, according to some, is on the rise. With a frequency that stirs suspicion, opinions of this type are usually associated with the idea that in order to approach the “real” Venezuela, we must dispense with the version of events that offer chavismo and antichavismo.

The above is problematic for at least two reasons: on the one hand, it implies a profound ignorance of the cultural change that took place in the country since the emergence of Chavismo, during the 1990s, and which became even more profound during the first decade of the present century; on the other hand, it implies an equally profound ignorance regarding the variety of nuances present in the broad Venezuelan political spectrum.

Consequently, what aims to sneak in as a view from a different angle, that “discovers” the public what no one else is able to see, does not go beyond being an extremely simplistic version, almost always self- interested, of reality.

Such imposture is old. For example, since the early years of the Bolivarian revolution, the discourse against “polarization” was very much in vogue, mainly in the mouths of academics of the most traditional liberal trend, for whom conflict, far from being the engine of politics, is what politics must channel, neutralize, postpone. Then, as now, Chavismo was valued as a monstrous fact, not the result of a historical conflict, but rather as a pre-political subject almost, very pernicious, that rather than stir the conflict abused it, obstructing the “normal” functioning of the democratic system.

With origin in a certain anti-Chavism, from now on this discourse was almost invariably taken over by those who, for one reason or another, decided to separate themselves from Chavismo or were kept away.

The “oficialismo”, a concept that summarizes the uses and customs of the most conservative lines of force of Chavismo, was never very clever in the treatment of differences within the movement. While Venezuela was shaken, as it continues to be, by the historical conflict between two gigantic poles of force, the ruling party tried at all costs to avoid the rigors of internal conflict, demanding discipline here and there, ignoring popular criticism. Instead, it felt comfortable arguing with the most unpresentable of the anti-Chavismo political class.
Ultimately, in the midst of that conflict, the ruling party was always satisfied with an imitation of polarization, since theirs is limited to freeing, uniquely and exclusively, the fights they can win: foolish politics. And if you come to the conclusion that the fight with the owners of capital is very uphill, then very simple: it seeks to establish agreements.

Unable to translate the legitimate popular discontent, the popular boredom with foolish politics, the “oficialismo” appeals, among others, to the hackneyed resource of the depoliticized people (ungrateful, undisciplined, etc.), and much more now, in times of popular retreat from politics. And vice versa: every manifestation of solidarity, perseverance to every test, every demonstration of resilience, every act of popular nobility, is interpreted as pure and simple support.

Beyond “oficialismo”, the problem is when you try to understand Venezuela ignoring the deep historical roots of polarization and, what is worse, the existence of this simulated polarization, this foolish politics, which is rejected by the bulk of the social base of Chavismo, and in general by Venezuelan society.

Disregarding all of the above is the easiest way to not understand at all what popular majorities feel and think.

This leads to conclusions as absurd as that any expression of support for the Bolivarian revolution or firm rejection of imperialist aggression, are expressions of uncritical support to government performance. And on the contrary: that the popular retreat from politics or the severe criticisms of government management or Chavismo leadership mean tacit agreement with the anti-Chavista political class.

It is a serious misunderstanding to interpret this profound disagreement with foolish politics as depoliticization. Even in the act of political disaffiliation (those who no longer recognize themselves in a political identity and eventually express their rejection of politics) a manifestation of political will is present.

If you really want to understand what the Chavista people feel, it must be taken into account that it neither is stupid, nor is it depoliticized.