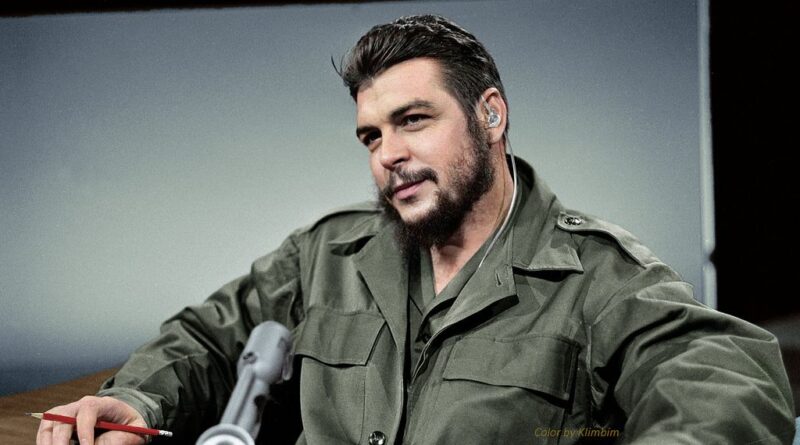 If we wish to express what we want our children to be, we must say from our very hearts as ardent revolutionaries; we want them to be like Che! – Fidel Castro, October 9, 1967

From an anti-imperialist and humanist perspective, a virtual event was organized in homage to the figure of the Heroic Guerrilla Ernesto Che Guevara on the occasion of the 53rd anniversary of his capture and subsequent assassination in Bolivia.

In the meeting convened by the Cuban Institute of Friendship with the Peoples (ICAP), the participants highlighted the validity of Che as an anti-imperialist, his passage through Latin America and Africa, as well as the mark he left on those who yearn for justice and peace.

The words of Fernando González Llort, President of ICAP, emphasized that “the guerrilla fighter is a paradigm for those who advocate for a better world in the current context of neoliberal policies and social inequalities.”

In his speech, the Hero of the Republic of Cuba expressed, “Che was a revolutionary who acted according to his thoughts and words, who dedicated and gave his life to the cause of the liberation of the peoples and the struggle against imperialism”.

About his death, Gonzalez added “The crime committed 53 years ago could not extinguish his spirit, nor obscure his legacy. Che is a symbol, a force, a presence that can never be destroyed”.

Janine Solanki, National Coordinator of the Ernesto Che Guevara Brigade in Canada, also participated in the meeting. She emphasized that the thought of Che on the qualities that formed his conscience was acquired through voluntary work.

Solanki emphasized the legacy of Che by recognizing that the new generations “are inspired by the actions and words of this great revolutionary leader and we try to act in accordance with the principles he defended.”

The activist highlighted the example of solidarity and internationalism that Cuba gives to the world in the face of the current pandemic confronting the world.

For his part, Bruno Lovaina, representative of the Communist Youth of Argentina and member of the 27th South American Brigade of Solidarity with Cuba, said that Ché is “a very powerful figure, who represents the just rebellion of the peoples.”

About the mark he left, he emphasized that “Che is a figure in whom millions of young people have been pulled to before so many injustices; he has crossed territorial and generational borders because his thought reaches young people who want to vindicate him and study him as a real alternative.”

In the meeting, social activists highlighted the humanism in the work of Cuban doctors who are on the front lines in the battle against Covid-19, despite the campaigns to discredit them by the current U.S. administration and its lackeys.

In this regard, Fernando González pointed out that Che’s ideals influence the essence of the solidarity of Cuba, a nation that has sent 52 medical contingents to 39 countries in Europe, Africa, the Middle East and Latin America and the Caribbean to counteract the pandemic.

The meeting also condemned the unjust and criminal economic, commercial and financial blockade, as the main obstacle for the development of the Cuban nation.

The virtual meeting in homage to the Heroic Guerrilla was also a space to pay homage to the 60 years since the founding of ICAP, where Che put his mark in its early years.

Remembering Ernesto Guevara is essential. Che was a man of enlightened lineage, with a tenacious heart and always with an intransigent and revolutionary vocation. His projection and futuristic vision in search of human improvement constitute a driving force for new generations that yearn for justice and the possibility of a better world.