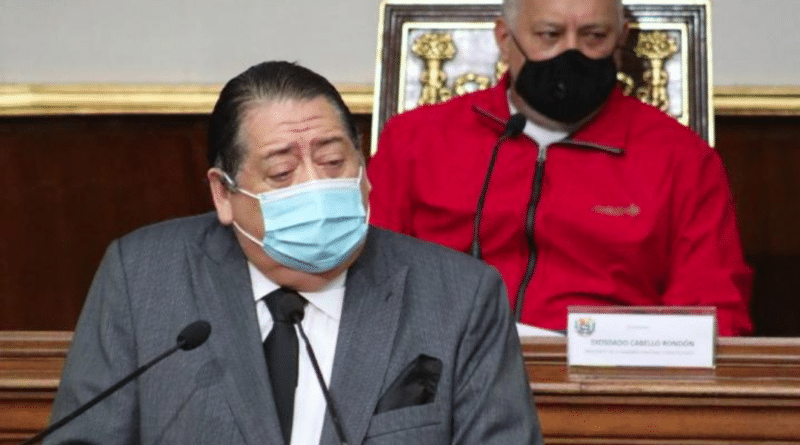 The constituent and constitutional expert Hermann Escarrá explained the importance of approving the “Anti-Blockade Law for National Development and the Guarantee of Human Rights”, during the debate held in the plenary session on Thursday, October 8.

“If we do not support President Maduro in the approval of this law, the message we would be sending would not only be cowardice but also serious betrayal of the Bolivarian Revolution,” said the president of the ANC’s Constitutional Commission.

During his speech he explained the origins of the sanctions against Venezuela chronologically. “Let us listen carefully to the rules, we are in a conflict, we are in a war, but we are also in a constituent process and although they do not like it, this Constituent Assembly has restored peace to them and has issued fundamental laws for the Republic,” he said.

In his speech he questioned the “unhealthy critical opinions” that oppose the legal instrument, and affirmed that the text is perfectly constitutional and that it does not violate any article of the Magna Carta. In this sense he made a comprehensive historical analysis of all “constitutional laws” passed in Venezuela but also in other countries like Italy, Germany and France, thus responding to those criticizing the Anti-Blockade Law because of the nature of the legal instrument chosen to pass it, the “constitutional law.”

The Anti-Blockade Bill presented by President Nicolás Maduro has the objective of restoring the economic system affected by the dispossession of the nation’s assets abroad and by the coercive measures of the United States government. It is about strengthening “the actions of the State in the face of restrictive measures. That is, overcoming obstacles that could arise in the face of certain situations that affect Venezuelan patrimony or acts of dispossession or economic attacks,” explained Escarrá. In this sense, the Anti-Blockade Law is based on the powers and procedures of the Executive in the macroeconomic, commercial and investment areas, he said.

Escarrá made a review of all the aggressions that, through the economy, the United States Government has applied in their siege on Venezuela. From the financial attacks to the signing of presidential decrees, in the opinion of the constitutional lawyer they constitute a line of hostilities against the internal economy and the external finances of the country.

The constituent recalled that the destabilization promoted locally by Guaidó and his political group has sought to seize the country’s goods and assets abroad. Faced with such aggression, the Executive promotes a bill that will articulate the action of all Public Powers in the duty of defending economic sovereignty, social welfare and the right to development.