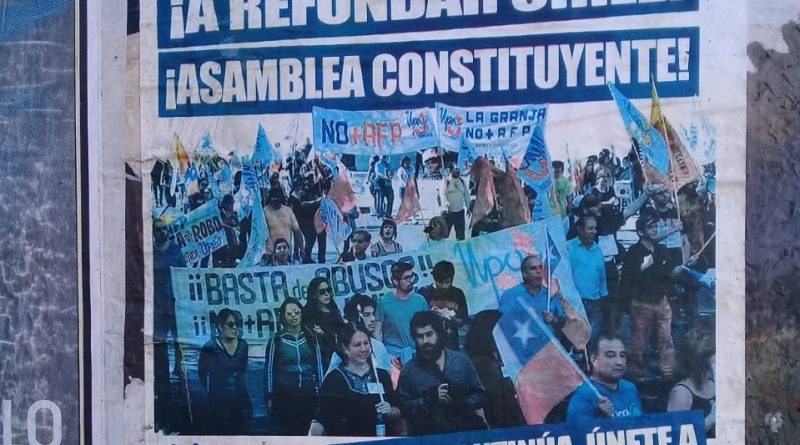 Half a hundred leaders and social organizations of Chile convened this Tuesday October 22 to form a new social pact through a Constituent Assembly, amid popular protests and demonstrations in rejection of the neoliberal measures of President Sebastián Pinera that govern this country.

Among the promoters of the Constituent Assembly are the Unitary Central of Workers (CUT), the College of Teachers, the National Confederation of Federations of Artisanal Fishermen of Chile, Summit of the Peoples, and Humanities Corporation, among others.

They stressed that the political class is “guilty of having been an instrument for the establishment of a model based on abuse,” which considers social rights as opportunities for lucrative business.

This initiative coincides with the announcement of President Sebastián Piñera, in an address to the nation, about the meetings he will hold on Tuesday with party leaders of the ruling party and the opposition to address the social crisis in the country .

However, the CUT, through Twitter, announced the convening tomorrow of a general strike together with multiple organizations and social movements grouped in the Social Unit table, a call that was also made by mining and port unions in Chile, in support of popular protests against the Piñera government, which have been strongly repressed by the police (Carabineros) and the Army.

According to the National Institute of Human Rights, since last Thursday, October 17, when the protests began , 1,420 people arrested by law enforcement and at least 84 injured by firearms have been reported. Additionally, it reported that minors suffered injuries during the arrests, characterized by the excessive use of force and some cases of sexual abuse.