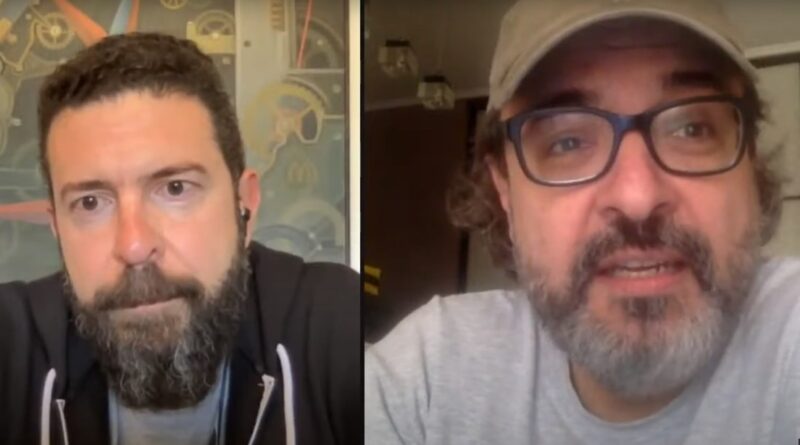 Chilean-American writer and filmmaker Gonzalo Lira López, who disappeared in Ukraine on April 15, appeared on Friday, April 22, on the YouTube channel The Duran.

“Today, April 22, 2022, I am in Kharkov, I am physically well,” said Lira during a short interview with Alex Cristoforou of The Duran.

“I am a little scared, because on April 15, after 1:00 p.m. local time [10:00 GMT], I was picked up by Ukrainian Security Service personnel [SBU],” Lira explained, and added, “I can’t say anything publicly except that I’m fine.”

He further stated that his mobile phone and computer were seized and therefore he does not have access to his social media accounts. In this context, he pointed out that it was not he who made the posts on his accounts after April 15.

The writer added that he does not have access to his email either and had to create the new one to be able to contact his family and the public.

Lira also specified that he is currently prohibited from leaving the city of Kharkov, where he resides.

The video of Lira speaking on The Duran was posted on the Twitter account of the Russian Permanent Mission to the UN and other international organizations in Geneva.

RELATED CONTENT: Chilean and US Authorities Silent on Gonzalo Lira

Over the last few weeks before his arrest, Lira had made a series of comments on Twitter criticizing the President of Ukraine, Volodymyr Zelensky, and the policies of his government.

Lira’s last tweet on March 26 was: “Want to know the truth about the Zelensky regime? Google these names: Vlodymyr Struk, Denis Kireev, Mikhail and Aleksander Kononovich, Nestor Shufrych, Yan Taksyur, Dmitri Djangirov, Elena Berezhnaya. If you haven’t heard from me in 12 hours, put my name on the list.”

Russia launched a special operation on February 24 to demilitarize and denazify Ukraine, in response to requests for help from the Donetsk and Lugansk Popular Republics to counter aggression by Ukrainian troops.