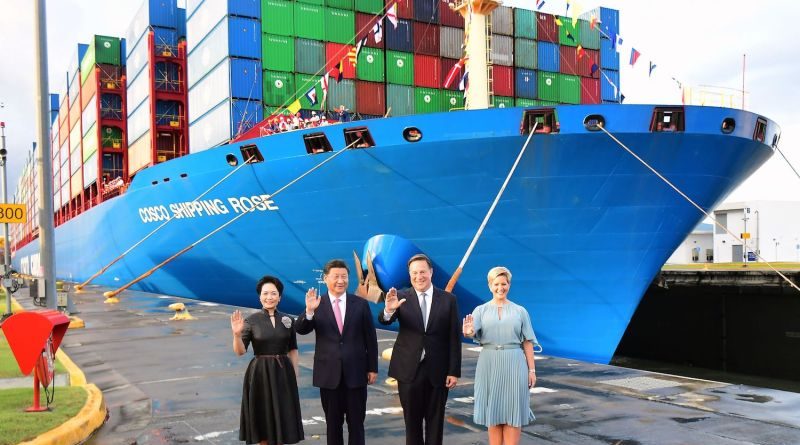 Since the Panamanian government of Juan Carlos Varela established relations with Peoples’ Republic of China in 2017, the pressures to defame, distort and discredit the objectives of a normal relationship with Beijing have not ceased, including inventing and attributing to them crazy intentions that only exist in the unbalanced minds of those who manage US foreign policy.

Many scientists, psychologists and analysts have described President Trump as an international threat. One only has to look at the commercial war against China, the cause of an economic instability that harms everyone, apart from its meddling in Hong Kong to destabilize the Peoples’ Republic of China.

This pressure constitutes a clear intervention into the affairs of Panama and China, and is an open violation of international law which of course constitutes a conduct consistent with Washington’s decision to ignore world law in general. According to the U.S. everyone has to submit and pay homage to its alleged exceptionality, as if we were its lapdog or, better said, its backyard.

But Panama does respect the rules of the game that the rest of the world abides by, and we therefore demand reciprocal treatment.

We are accustomed to US interventions and to have to listen to the nonsense of its rulers. President Trump, for example, has said that climate change does not exist and that it is a conspiracy theory, although he privately acknowledges that it does. Meanwhile because they threaten the national security of the U.S., Trump has raised the specter of bombing hurricanes with nuclear weapons to prevent them from reaching its shores.

One of Trump’s attack dogs, Secretary of State Mike Pompeo, as well as Admirals Kurt Tidd and Craig Feller of the Southern Command have all said that China’s presence in the Panama Canal is a threat to the safety of the waterway, without giving any reasons.

According to the Department of Defense, the only time the security of the Canal was disrupted and it had to be closed, was when the U.S. military invaded in 1989 killing 1,000 Panamanians; an event China had nothing to do with.

Robert Evan Ellis, from the U.S. War College’s Institute of Strategic Studies – sent to Panama by the State Department to study (spy on) China’s advances – Beijing’s has proposed investments in areas such as energy, logistics and telecommunications, all deemed ‘suspicious’.

Since 1990 Panama has controlled their own Canal so what right does the U.S. have to disqualify China’s investments in our development or in the Canal?

Aren’t the fourteen illegal military bases, of which our country knew nothing, more ‘suspicious’? Weren’t the activities of the U.S. Southern Command, where all the coups d’état and genocides in the region were forged, like Plan Condor, more ‘suspicious’?

Ellis is warning us that China can ‘own’ the complex of existing ports at both entrances of the Canal, ignoring that they belong to the Hutchinson Ports company and not to the Government of China and whose operation conforms to the laws of our country.

Ellis conceived the notion that China might win contracts to build the fourth bridge and that the Panama Canal Authority has a ‘corrupt’ Board of Directors that poses a risk to the interoceanic waterway.

Any country that participates in Panama’s bids is an internal matter that should not concern the U.S. Chinese companies won that bid. Have those bids been torpedoed, or will the President Cortizo give this dirty work to the Assembly?

It is clear that what Ellis is saying about China is a not so veiled threat to Panama. In fact he has made a list of punitive measures if Panama does not submit to U.S. interests including Washington must lead a lobby of maritime companies to pressure Panama or use Colombian ports; restrict access to U.S. ports for Panamanian-flagged ships; restrict trade in ships leaving Panamanian ports bound for the U.S.; and restrict access to the U.S. market for Panamanian citizens and institutions.’ In other words Washington’s favorite weapon when a country is acting the least bit independent; sanctions.

After the re-imposition of sanctions on Iran by Washington in 2018 the discredited Varela Government, in an act of clear submission, cancelled the registration of 60 Iranian ships of our Merchant Navy, allying itself with the US war policy, in violation of the neutrality of the Canal and Panama.

This is what Washington expects and is willing to kill our golden goose if it means it might have to share some of it with its main economic competitor.

Ellis, a clueless professor of strategy, has openly proposed that the US should be firm with China in our country. ‘A confrontation over Panama may be preferable to continued acceptance of China’s aggressive behavior’

Now, the director of the U.S. National Security Council, Mauricio Claver-Carone, in a direct message to President Juan Carlos Varela and the elected official, Laurentino Cortizo, warned them of his position: ‘We have disagreed with the issue of China, because we do not see that the intentions are simply commercial, because (China) has other geostrategic and political interests’.

Our conduct should not be governed by the dictates of Washington, but by the foreign policy of friendship, cooperation and neutrality, as it appears in the Joint Declaration between Panama and China, signed in December 2018 by President Xi Jinping and President Varela:

The Xi-Varela Declaration affirms that Panama joins the Franja and the Ruta (Strip and Route) initiative as a complementary partner to promote dialogue and cooperation in the region; it welcomes Chinese companies for investment projects and establishes headquarters throughout Latin America and the Caribbean and makes available to China its logistical platform to foster greater trade with Asia’.

If Panama continues with China, the U.S. will blackmail us with the ‘bluff’ of Colombia’s ports. But Panama must know that if we do not respect the Joint Declaration, we are going to be left, as usual, with just the U.S. Panama has given a lot of thought to the establishment of relations with China something it should not back away from. 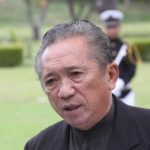 International analyst and career diplomat. He was Professor of International Relations and International Law, advisor to General Omar Torrijos, Vice President of the Latin American Unity Movement and representative of the Republic of Panama before the International Court of The Hague.

International analyst and career diplomat. He was Professor of International Relations and International Law, advisor to General Omar Torrijos, Vice President of the Latin American Unity Movement and representative of the Republic of Panama before the International Court of The Hague.