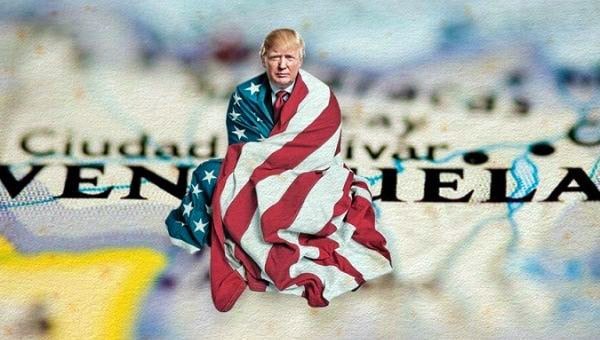 Washington is once again being threatened by the possibility of having to face a political and institutional solution between Venezuela’s Nicolas Maduro Administration and his local opposition. The White House officials are mobilizing their operatives to do their best to undermine this effort for the benefit of their own warmongering agenda.

Interviewed by The New York Times, Special Representative to Venezuela Elliott Abrams contradicted the statements of President Donald Trump himself, denying that there were high-level contacts between U.S. officials and members of the Venezuelan Government.

“The notion that we are negotiating is just flat-out wrong,” the Trump representative said. So the official line has not changed, according to the White House and unilateral measures against the Venezuelan economy will not be lifted until President Maduro is out of power and unable to take part on any new and hypothetical presidential elections.

Abrams had to make such a strong definitive explanation because media operators of the international anti-chavism were spreading news that was full of intrigue that the president of the National Constituent Assembly, Diosdado Cabello, was having “secret” negotiations with U.S. political leaders.

With a scarcity of information, the rumor only ended up strengthening the only real fact and that is that here are communication channels between Venezuelan official representatives without the participation of the fake government created by the United States, proving that the self proclaimed president Juan Guaido is nothing more than their employee.

A very specific change in approach to Nicolas Maduro is that the US is offering “amnesty” if he quits the presidential post, justifying why he has to leave on several groundless accusations about alleged drug trafficking and international terrorism.

But lifting some of the sanctions against the country seems to be out of question for the United States despite the fact that it would represent a real turning point in Venezuela’s situation and the main reason for the Chavista government to engage in the talks fostered by Norway in the first place. The blockade is the last thing they want to change in their regime change plans.

Regarding elections, it is worth remembering that according to sources quoted by Bloomberg the proposal of legislative elections for next year is still standing and that they could also be held under the Maduro Administration. This is another reason why Abrams reiterated the criteria why the United States would not allow the dialog.

However, President Nicolas Maduro has confirmed to the Chinese news agency Xinhua that communications have been made with different political sectors in the country to resume negotiations.

RELATED CONTENT: Venezuela: The Oddest and Most Awkward Diplomatic Posting in the World – Bloomberg

“I can inform that communications with the Norwegian Government have been resumed. There have been several meetings and contacts with delegates of the Venezuelan opposition have been resumed,” President Maduro stated.

This development is happening after Chavista leaders refused to take part in meetings arranged for August 8-9 in Barbados.

The measure was a response to the Executive Order signed August 5 by Trump making official the economic suffocation through a total embargo on all kinds of commercial relations between Venezuela and the rest of the world. The Venezuelan Government responded by emphasizing that the U.S. decision is a crime and that its effects will spread to the food and health sectors.

Campaigns have begun appealing for the national sovereignty with a view towards unifying the Venezuelan population into one single voice, as the blockade is affecting everyone.