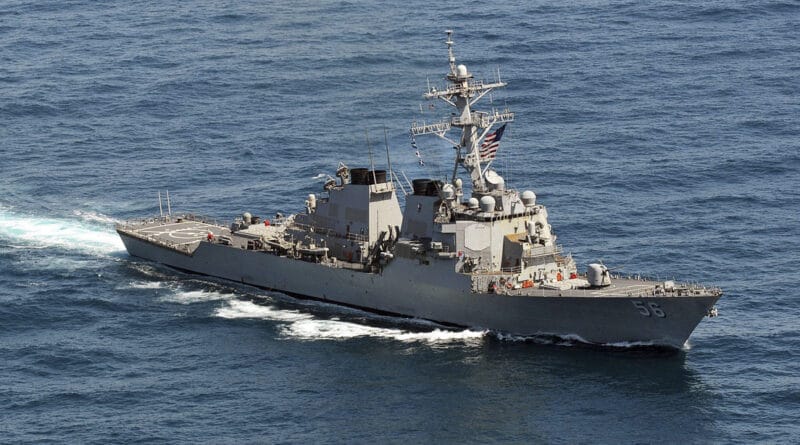 Sovereignty over this archipelago, which could host valuable oil and gas deposits, is in dispute between various nations in the area.

A Chinese military spokesman announced on October 9 that the US destroyer USS John S. McCain entered their territorial waters around the disputed Paracel Islands, located in the South China Sea, without Beijing giving permission to do so.

“We demand that the US immediately stop such provocative actions, strictly monitor and restrict military operations at sea and in the air,” Reuters quoted from the spokesman’s post on an official WeChat account.

This representative of the Chinese military also added that Beijing will take all necessary measures to resolutely safeguard national sovereignty and security, and to maintain peace and stability in the South China Sea.

US position
The US Navy’s Seventh Fleet indicated on Friday that the destroyer USS John S. McCain “affirmed the rights and freedoms of navigation in the vicinity of the Paracel Islands” and “demonstrated that these waters are beyond what China can legally claim as its territorial sea,” reported CNN’s Ryan Browne in this context.

“Illegal maritime claims in the South China Sea pose a serious threat to the freedom of the seas… The US will continue to defend the rights and freedoms of the sea guaranteed to all,” he summed up, citing a spokesman for the US Seventh Fleet.

Similar so-called “freedom of navigation” acts have been held recently also against Venezuela in their undisputed exclusive maritime zone and have been denounced as a provocation by Venezuelan authorities. “No one can really believe that this is an altruistic act of freedom of the sea. If one knows just a bit of world history, one will have to acknowledge that this is just another US imperialistic maneuver, in this case within their new cold war against China,” said an expert in international affairs consulted by Orinoco tribune.