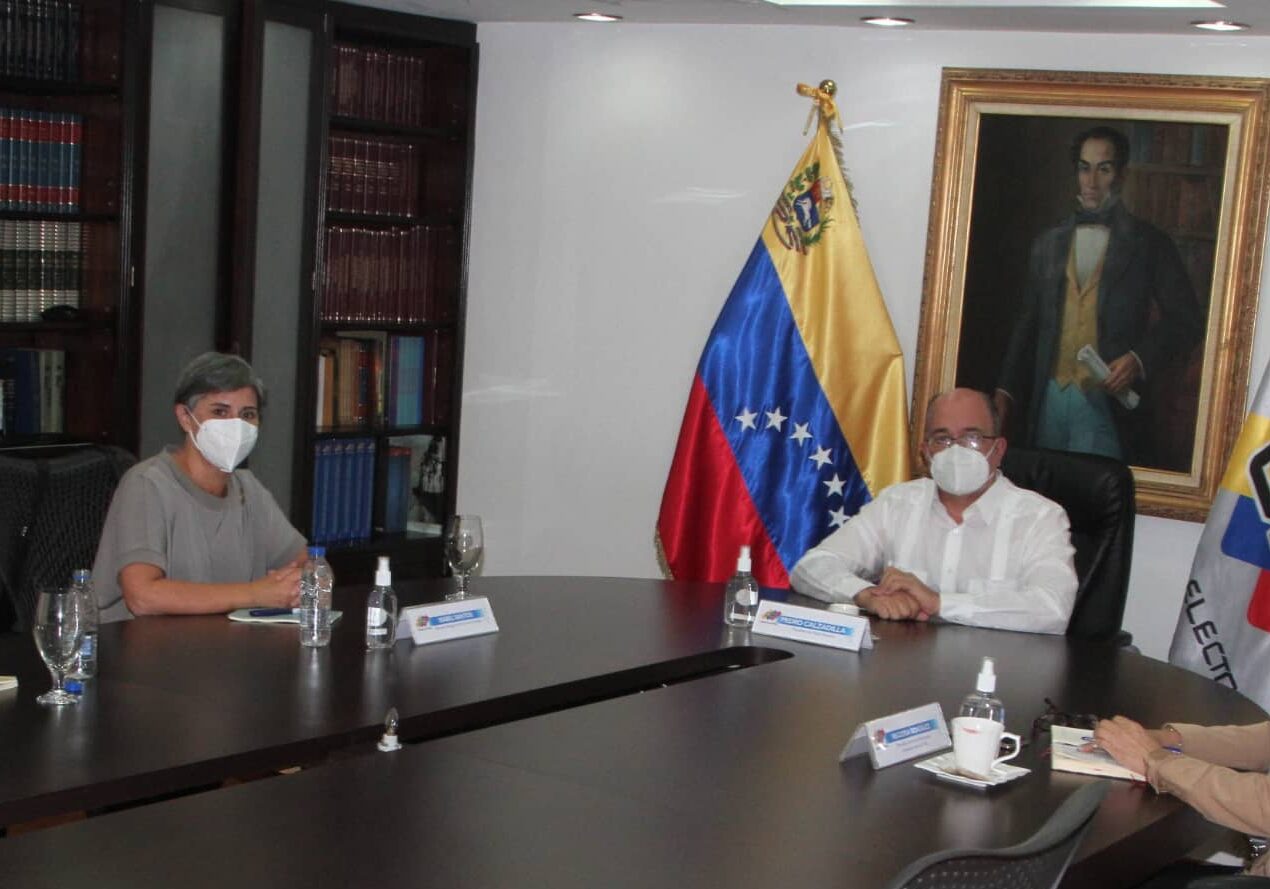 In the image, the president of the National Electoral Council, Pedro Calzadilla with Isabel Santos, head of the Electoral Observation Mission of the European Union. Photo: CNE Press.

This Thursday, October 28, the president of Venezuela’s National Electoral Council (CNE), Pedro Calzadilla, received Isabel Santos, head of the Election Observation Mission (EOM) of the European Union (EU), and Xabier Melián, Santos’ attaché in the presidency of the team that will survey municipal and regional elections scheduled for November 21.

The meeting was reported by the electoral authority through its Twitter account, @cneesvzla, where it was explained that the meeting was the first point on Santos’ agenda to define the details regarding the deployment of the mission during the upcoming electoral process.

“Santos arrived in the country on October 28 and the first activity on his work agenda was the meeting with President Calzadilla, to address issues related to the deployment of the Observation Mission for the Regional and Municipal Elections 2021,” wrote the CNE on its official Twitter account.

This marks the first time an EU election observation mission has been deployed in Venezuela in the last 15 years, and it is the result of the CNE’s concessions and adjustments in its regulations to permit international observation missions, instead of the position adopted in 2011 that defined the guests as international “companions.” The changes were in part a response to demands presented by opposition forces in order to participate in the 21N regional elections.