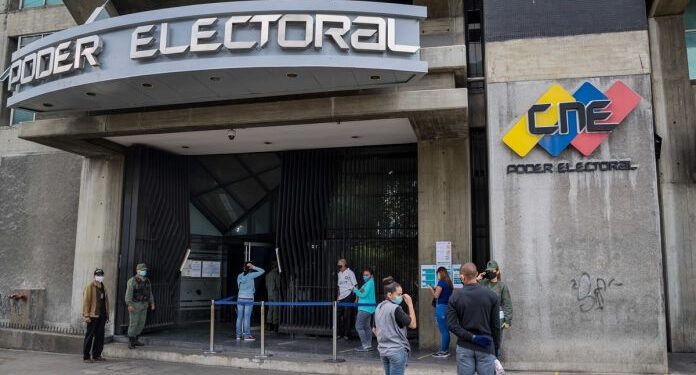 According to the schedule established by Venezuela’s National Electoral Council (CNE), the campaign for Venezuela’s November 21 regional and municipal “mega-elections” officially began today. Venezuelans will select governors, mayors, city councilors, and regional legislators during the process.

It is an event that brings together almost 68,000 male and female candidates from the different opposition groups against 3,072 candidates nominated by the Great Patriotic Pole (GPP). This last alliance, that of Chavismo, has as its strength the United Socialist Party of Venezuela (PSUV), Venezuela’s leading party since its foundation in 2010 at the initiative of Hugo Chávez. With more than 7.5 million active members, the PSUV is estimated to be the 11th largest political party in the world.

On the other hand, in view of the numbers recorded by the CNE for this regional elections, this campaign highlights the fact that opposition forces have presented an average of 10 candidates for each PSUV/GPP one.

Meanwhile, the movements of the Great Patriotic Pole nominated unifying candidates, allowing it to compete more effectively for the various positions that will be submitted to the popular vote on November 21.

In the opinion of the head of PSUV’s Aristóbulo Istúriz Campaign Command, Diosdado Cabello, the number of candidates that the opposition placed on the electoral card demonstrates the divisions on the extreme right. On the other hand, the leadership of Chavismo is confident in the position of strength with which the GPP arrives at the elections.

Compliance with the schedule
On the eve of the start of the campaign for regional and local elections, the president of the CNE, Pedro Calzadilla, called on the political parties involved to carry out a campaign in which the candidates’ platforms are effectively presented to all voters. However, he also pointed out the importance of not letting our guard down in the midst of the pandemic.

“Until November 18, the electoral campaign should be the time for the standard-bearers’ proposals to reach the voters, always paying attention to public health,” said Calzadilla.

Likewise, Calzadilla ratified compliance with the electoral schedule, within the corresponding dates and times, and confirmed the progress for the distribution of the materials that will be used throughout the country.