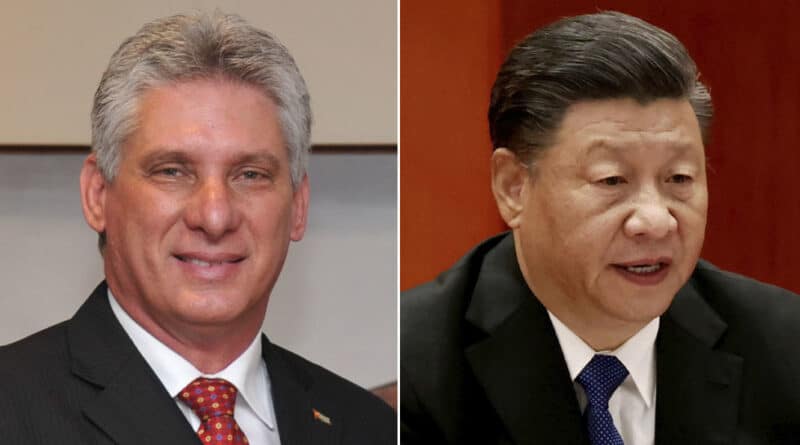 As the United States ratchets up its support for Taiwan as a regional chess piece against China, Beijing may also be positioning Havana as a counterweight. The move is sure to enrage Washington.

Cuba this week signed up to China’s Belt and Road (BRI) Energy Partnership, which is expected to see Beijing invest in the island’s energy industries with a focus on renewables.

Cuba’s ambassador to China stated that the agreement ratified his country’s commitment to the Belt and Road Initiative and called for the building of an international mega-platform for economic exchanges, under the principle of shared profit.

While China-Cuba related investments are not new, this specific move comes amid growing geopolitical tensions with the United States, which has long had it in for Cuba, and is also seeking to market its own alternative to the BRI across Latin America, consolidating its relationships with the pro-US states in the region – Panama, Colombia, and Ecuador. There is another aspect to consider: as the United States ratchets up its support for Taiwan as a regional chess piece against China, Beijing may also be positioning Havana as a counterweight. While old Cold War tensions are not likely to repeat themselves, once again Cuba may become a flashpoint of attempts to check American power.

Cuba, just 90 miles from the Florida coast, is the island which the United States loves to hate. Over the past 60 years or so, the United States has found the idea of a communist state sitting so readily on its doorstep insufferable. Washington has devoted the bulk of these decades to attempting to forcefully contain it, crush it, and assassinate its leaders – particularly the charismatic revolutionary, Fidel Castro.

Even as recently as this year, Washington was ruthlessly hoping anti-regime protests on the island would escalate, even as it imposed more crippling sanctions. Whilst modern Cuba is now merely an annoyance to American ideologues, at the peak of the Cold War it was a strategic nightmare because of its ties to the Soviet Union. Moscow was able to use the island to facilitate a military check on American power, placing nuclear missiles there, leading to the Cuban Missile Crisis in 1962. The much-feared nuclear conflict never occurred, but the Castro state’s existence served the purpose of achieving equilibrium between the two and checking US adventurism.

Roll forwards to the present day, and the suggestion arises that Havana may be becoming strategically relevant yet again as the global geopolitical context becomes defined by a new great power competition, principally between the United States and China. Although the primary stage for this contest has become the area framed by the US as ‘the Indo-Pacific’, the island of Cuba, sitting in the Caribbean Sea and on America’s periphery, becomes strategically relevant in moving the tensions away from China’s proximity.

While Beijing is not seeking a global competition for hegemony with the US or to ramp up military tensions, nonetheless it needs a strategic response to attempts by the US to isolate it and contain it geographically, and part of this effort involves securing long-term partners with shared interests.

Cuba, as a fellow communist state, is a safe and reliable bet. Whilst Havana is not a military threat to the US – and nor will China use it that way – its elevation to becoming a more important strategic partner of China within the Belt and Road Initiative is useful in pushing back and competing with the US in the sphere of the Americas itself.

This chimes with the de-facto reality that Latin America as a whole is a growing sphere of US-China competition. Irrespective of ideology, China has been seeking to deepen and strengthen its economic and investment ties with a host of Latin American states and getting as many to join the BRI as will do so. It needs, for example, the backing of Mexico, Peru, and Chile to join the Comprehensive and Progressive Agreement for Trans-Pacific Partnership (CPTPP), which it has applied for.

Beijing is also commencing a bilateral free trade agreement with Uruguay. The poor economic situation of Central and South America has meant there is a general hesitancy to ‘lock China out’, even if many of its states are strategically loyal to the US. This has led Washington to try and sphere new initiatives to change that, recently sending delegations to Colombia, Ecuador, and Panama to plan a regional counter to the BRI.

So while Washington pivots to its most reliable partners, so does China in Cuba, which is well positioned to be its launchpad to the rest of the region. An ideal outcome in Beijing’s eyes would be to succeed through its investments in economically transforming Cuba’s fortunes, which would be politically detrimental to the US, weakening its influence in the region, while creating more ideological sway for China and thus winning over the fence sitters.

China’s willingness to deepen ties with Cuba is illustrative of a broader strategic shift. In the past few years, Beijing may have been too wary of getting close to Havana for fear of upsetting the US or diluting its unilateral sanctions, but as the new reality of US-China competition has crystalized, and as Washington has sought to exploit the role of Taiwan, Cuba naturally becomes a means to push back.

This new Sino-Cuba allegiance may not take on a military character – it’s unlikely we’ll see satellite imagery of Dongfeng ballistic missiles being installed on the island – but the reasons behind it are the same as in times gone by. And it has the capability of being a very annoying thorn in the side of an increasingly concerned and restive America.

Tom Fowdy is a British writer and analyst of politics and international relations with a primary focus on East Asia.