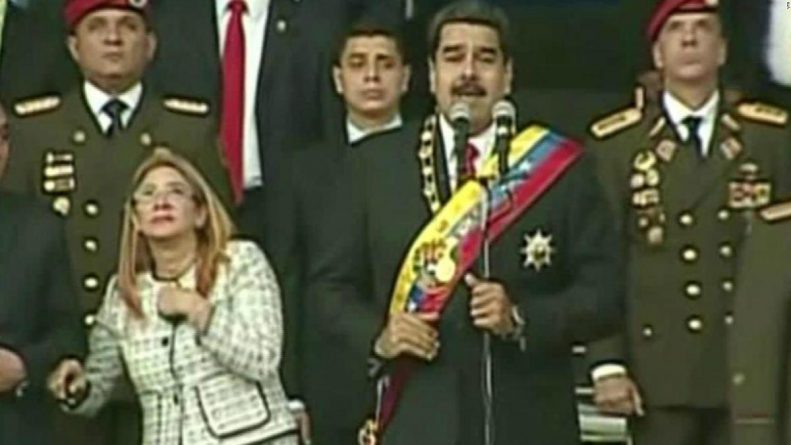 A brand new video about the unsuccessful assassination attempt against Nicolás Maduro was published by the US network CNN several months after the incident.

Last August 4, the Venezuelan president, Nicolás Maduro, was the target of an attack with two explosive drones in a military parade to mark the 81st anniversary of the creation of the Bolivarian National Guard (GNB) held in Caracas.

Reacting to the assault, the head of the National Assembly (AN) of Venezuela -in opposition majority and in contempt since 2016-, Juan Gauidó, who proclaimed himself on January 23 as “president in charge” of the Caribbean country and its allies of the US, as John Bolton, National Security Adviser, said that what happened was a false flag.

However, six months after the aforementioned attack, CNN on Thursday published a video interview with a man who allegedly organized the attack against the Bolivarian chief executive. In addition, it broadcasts in the recording exclusive images of the preparations for the assault, explosives and practices with drones in Colombian plains.

In the video the alleged perpetrators said that they had meetings with US officials before and after the assassination attempt and that in the last one -a few days after the event- they presented a few requests to them and the US officers never went back to them. OT consulted with a political analyst. “This might be the reason CNN is releasing the video, just to press the US government to provide this terrorist with more ammunition because everybody know they are not defending the truth”, he said.

“That was the risk we had to assume”, responds the man – whose identity remains anonymous – before the possibility of a massacre involving innocent civilians in the commemorative act.

In the video you can see several drones flying so high to not be seen and so fast to hit the target. In addition, as seen in the images, the organizers detonated one of the devices, making tests before carrying out the attack.

The two drones that were used to attack President Maduro were detonated outside the perimeter of attack and as a consequence they wounded at least seven Venezuelan military officers.

Although Caracas presented evidence of the assassination attempt, several international media tried to ridicule the attack, using the words “presumed”, “supposed”, “confusing event” and “supposed drones” to describe it.

After leaving the attack unscathed, Maduro accused former Colombian President Juan Manuel Santos of being the “brain” of what he called the plot of the “extreme right” of Venezuela and Colombia, with the help of agents in the United States, to end his life .

It is interesting that this video was released a few days after another mass media outlet, the New York Times, made public an analysis about the responsibility behind the burning of the truck the right wingers and the US planned to force into Venezuela. And recognized what the Venezuelan government and several progressive outlets local and international already said less that 24 hours after the attack which is that the responsible parties where the rioters from the Colombian side, with the complicity of Colombian authorities.