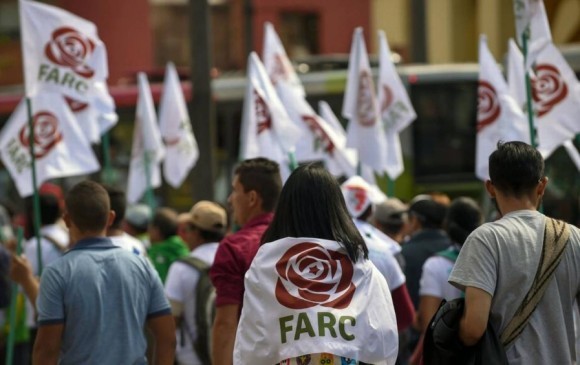 Servio Delio Cuasaluzán Guanga was murdered on Monday in Colombia, specifically at El Palmar point, Chabú village, municipality of Ricaurte (Nariño), and became former FARC guerrilla number 133 found dead since the signing of the Peace agreement in 2016. There are another 11 that no one knows anything about, they are still “disappeared” by force.

During this last week, the party “Fuerza Alternativa Revolucionaria del Común” leapt from one duel to the next. There were four murdered. Report after report came in: on Monday the victims were Ánderson Pérez (in Cauca) and Daniel Esterilla (in Nariño); on Wednesday, it was Carlos Miranda’ s turn, at the hands of the Public Force (in Meta), and yesterday, Servio Delio Cuasaluzán.

The political party blamed the government: “These systematic murders constitute a clear violation of the Final Agreement; and, therefore, they are the responsibility of the State and the government, which are constitutionally obligated to guarantee the life and security of all Colombians, including the signatories of the peace agreement and the social leaders.”

What has been done
According to the presidential adviser for Consolidation and Stabilization, Emilio Archila Peñalosa, “the level of protection we have for ex-combatants is of many rings and very robust: to protect the 24 Territorial Spaces of Training and Reintegration (ETCR) we have a complete battalion of the Army, for the surroundings we have a battalion of the Police that protects the security of the nearby inhabitants, we have the National Protection Unit with more than 200 protection schemes for ex-combatants”.

He added that prosecutor Marta Jeaneth Mancera, director of the Unit for the Dismantling of Criminal Organizations,” has shown that some of them have died at the hands of drug trafficking and terrorist groups, but also showed a level of investigations, arrests and accusations 50% higher than the standard”.

For its part, the FARC party described the Government’s explanations and the “cold figures on alleged perpetrators” presented by the investigating body as unacceptable , “without a clear commitment on the part of the State to guarantee the lives of all Colombians, much less the intention to implement the policies, mechanisms and measures agreed within the Comprehensive Security Plan for the Exercise of Politics “.

President Ivan Duque delegated to Archila, during his trip to Europe, the realization of a coordination table with all the units of the National Government, the Office of the Prosecutor and the control agencies, to “guarantee the protection of ex-combatants who have left the road of weapons and want to enter into legality. ”