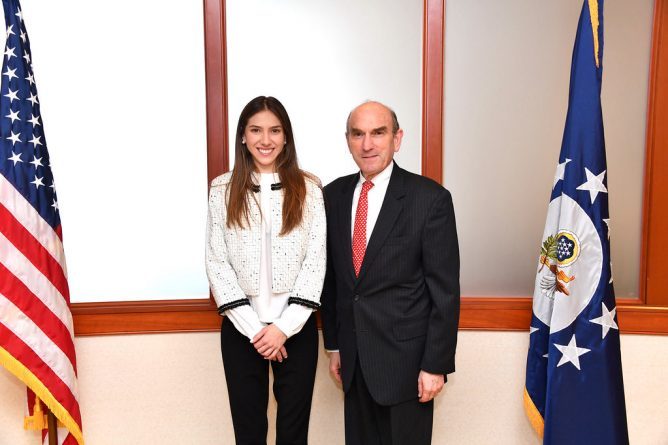 Once again, the Central Intelligence Agency has been caught financing a group of grifters and fraudsters at the expense of the American taxpayers. In the latest case, just another in the agency’s 72-year history, the Trump administration-appointed ad hoc board of CITGO, the US subsidiary of the state-owned Venezuelan oil company, PDVSA, stands accused of steering $70 million of escrowed funds, earmarked for PDVSA’s fiscal year 2020 bond, to the pockets of CIA-supported officials of the Venezuelan opposition “Popular Will” party headed by the so-called “interim president” of Venezuela, Juan Guaidó.

In addition to Guaidó, who is accused by the legitimate Venezuelan government of money laundering, treason, and corruption, other Popular Will leaders under investigation by both the Venezuelan Attorney General and the US Justice Department include Carlos Vecchio, Guaidó’s envoy in Washington; Rossana Barrera and Kevin Rojas, Guaidó’s emissaries in Cucuta, a Colombian-Venezuelan border town; Sergio Vargara, Barrera’s brother-in-law and a Member of the Venezuelan Congress; Guaidó’s “ambassador” to Colombia, Humberto Calderon Berti, opposition businessman Miguel Sabal; and Guaidó’s chief of staff, Roberto Marrero. Over two dozen other Popular Will leaders are also under investigation for fraud involving money earmarked by the Trump administration, particularly Iran-Contra scandal felon and current Trump special envoy for regime change in Venezuela, Elliot Abrams.

Barrera and Rojas are accused of spending money given to the Popular Will by the US Agency for International Development (USAID), a longtime CIA financial pass-through, for “humanitarian relief” for alleged massive numbers of Venezuelan refugees in Colombia. The Popular Will grifters reportedly used the aid money, including that which was raised by Virgin Group’s billionaire founder and obvious CIA dupe Richard Branson, for expensive hotels, fancy restaurants, nightclubs, prostitutes, and clothing.

It comes as little surprise that Abrams, with his history of “sticky fingers” around US and foreign assistance money, has played a hand in the Venezuelan opposition fraud. As Assistant Secretary of State for Inter-American Affairs during the Ronald Reagan administration Abrams was involved in the illegal raising of funds for the CIA-supported right-wing Contras fighting against the socialist Sandinista government of Nicaragua. In 1991, facing a felony perjury conviction for lying to Congress, Abrams pleaded guilty to two misdemeanor counts of withholding information to Congress about his fundraising activities for the Contras. In 1992, Abrams and other Iran-Contra criminals were pardoned by President George H. W. Bush, one of the unindicted Iran-Contra co-conspirators. Abrams surfaced again in 2001 in the George W. Bush administration. He was involved in the abortive 2002 CIA coup against Venezuelan President Hugo Chavez as well as in cooking US intelligence to justify the US invasion and occupation of Iraq.

Abrams’s involvement in any US covert activities in always an indication of massive fraud. Abrams’s backing of Guaidó and his operatives and recent reports of fraud are not much different than the notorious Republican Party neo-con’s sordid record with such Contra leaders as Adolfo Calero, the president of the Nicaraguan Democratic Forces (FDN); Arturo Cruz; Alfonso Robelo; Edén Pastora; and Enrique Bermúdez.

CIA funds directed to the Contras for the purchase of weapons soon found their way into the hands of Colombian drug lords, including Pablo Escobar and Carlos Lehder of the Medellin Cartel. An elaborate scheme was worked out that saw the Contras buying, with CIA funds, weapons and cocaine, with the former ending up in the hands of the Medellin Cartel and the latter being shipped to the United States with a very handsome financial return. Everyone made out nicely, including Contra leaders who spent much of their time in Miami donating funds to Republican coffers through the offices of top Cuban-American leaders like Jorge Mas Canosa. Establishing the Cuban American National Foundation (CANF) in 1981 at the urging of Reagan administration officials, including national security adviser Richard Allen and Abrams, Mas Canosa soon became a major asset for both the CIA and the Republican Party.

The CANF would also serve as a convenient CIA money laundering artifice to assist in financing right-wing terrorist groups in Cuba, Nicaragua, El Salvador, Honduras, Colombia, and other Latin American nations. The CANF remains a potent political force, one that benefits right-wing politicians in Florida and Latin America, including Florida’s two Republican Senators, Marco Rubio and Rick Scott, both fanatical supporters of Guaidó.

In 1992, the CIA helped launch another massive fraud when it helped form the Iraqi National Congress (INC), an Iraqi opposition group led by one of Abrams’s neo-con friends, Ahmad Chalabi. More at home in swank London clubs than in Iraqi Kurdish areas where the CIA was planning for the overthrow of Iraqi leader Saddam Hussein, Chalabi was also involved in the defrauding of Jordan’s Petra Bank, which collapsed in 1989. Chalabi eventually ensured that bogus intelligence from Iraqi-German fabulist Rafid Ahmed Alwan al-Janabi, a discredited one-time Western intelligence source derisively codenamed “Curveball” by the CIA for his untrustworthiness, ended up on President George W. Bush’s desk, courtesy of con-artists like Abrams, a National Security Council official. Chalabi became Iraq’s Oil Minister in the puppet US government established in Baghdad following the US invasion. Chalabi almost immediately came under investigation for counterfeiting Iraqi currency, grand theft of Iraqi national and private assets, and espionage on behalf of Iran.

Abrams and his neo-con cabal were also instrumental in launching the career of another CIA fraudster, General Khalifa Haftar, a defector from the army of Libyan leader Muammar Qaddafi. Safely ensconced by the CIA in northern Virginia in 1990, Haftar, who became a US citizen, was involved in several CIA-supported putsches aimed at overthrowing Qaddafi. In 2011, at the outset of the revolt against Qaddafi, the CIA inserted Haftar into eastern Libya, where he eventually became a virtual warlord, governing his army’s occupied territory from Tobruk with the assistance of Egypt, Saudi Arabia, the United Arab Emirates, Israel, and the Abu Dhabi-based mercenaries led by Erik Prince, the founder of the CIA’s former favorite mercenary firm, Blackwater, and brother of Donald Trump’s Education Secretary, Betsy DeVos. Haftar is also reportedly enriching himself and his family by pocketing revenue from Libyan oil sales in territory his forces control.

The CIA’s history of support for con-artists and grifters like Guaidó, Calero, Mas Canosa, Chalabi, and Haftar expands to a virtual “rogues’ gallery” of ne’er-do-wells, scoundrels, and other worthies. General Lon Nol was the CIA’s choice to take over Cambodia after the 1970 military coup against Prince Norodom Sihanouk. According to a May 26, 1970 TOP SECRET/SENSITIVE/EYES ONLY memorandum from US national security adviser Henry Kissinger to President Richard Nixon, Lon Nol was summed up as “emotional and not very realistic.” However, that is the sort of person the CIA has always chosen to embrace, with the neo-cons being among those who have avidly championed such political riff-raff in Congress and the mass media. Lon Nol believed himself to be an authentic Mon-Khmer “holy warrior” with mystical powers. “Black Papa,” which Lon Nol preferred his followers to call him, died in Fullerton, California in 1985, still on the dole of the CIA.

After the 1975 fall of Saigon to the North Vietnamese and Vietcong forces, CIA asset and South Vietnamese prime minister and vice president Nguyen Cao Ky eventually settled in Westminster, California, not far from Lon Nol. Instead of insisting on being revered as a demi-god, Ky was more practical than Lon Nol; he ran a liquor store. The CIA’s former head of the anti-Communist Hmong Army in Laos, General Vang Pao, was arrested in California in 2007 for illegally attempting to overthrow the Pathet Lao-led government in Laos. CIA pressure eventually led the US government in 2009 to drop all the conspiracy charges against Vang Pao. Certain elements in the CIA were concerned about what Vang Pao might have said, under oath, during a full trial about his role with the CIA is smuggling opium from the Golden Triangle in Southeast Asia via the auspices of CIA proprietary airlines like Air America.

Juan Guaidó and his gang are merely following in a long line of CIA crooks and criminals who conduct their illegal affairs with a wink and a nod from Langley and a sizeable financial cut for neo-cons like Abrams, Kissinger, John Bolton, and the other members of that nefarious political clique. Trump often decries the “Deep State” as covertly working to undermine him. It appears that Trump and his friends are doing quite nicely, courtesy of his feared “Deep State.” 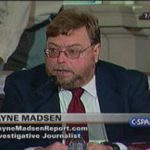 Investigative journalist, author and syndicated columnist. A member of the Society of Professional Journalists (SPJ) and the National Press Club

Investigative journalist, author and syndicated columnist. A member of the Society of Professional Journalists (SPJ) and the National Press Club