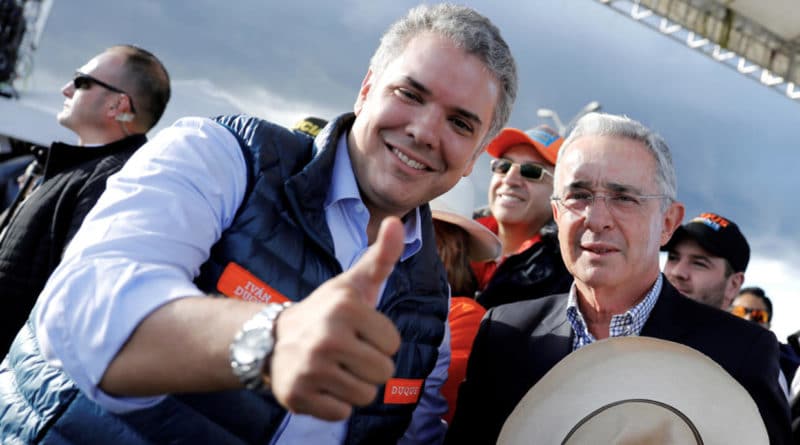 The Commission of Accusation and Investigation of the House of Representatives of Colombia on Monday opened a formal investigation against the country’s president, Iván Duque, on the allegations of former congresswoman Aída Merlano on how the network of buying and selling votes operated in the Caribbean region, benefiting him in the 2018 elections, according to the newspaper El Espectador.

Two complaints were filed against Duque: one for the crimes of constriction of the voter, corruption of the voter, trafficking votes and attempted murder; and another for denial of office and presumed prevarication.

The first complaint was filed on February 20 by the opposition representative David Racero, who gave credit to the words of Merlano, currently detained in Venezuela, and noted that Duque learned of the purchase of votes for his campaign to win in the Caribbean region.

“Not only did he learn about the existence of vote buying in his favor, but he met with the people who promoted this practice on the coast,” Racero said in his complaint, for the investigation of which Edward Rodriguez – of Centro Democratico was named—, Andrés Calle — of the Liberal Party — and Wilmar Leal, of the Green Alliance.

The second complaint, which in addition to Duque also accuses the attorney general Francisco Barbosa, was presented by Fabián Díaz, of the Green Alliance, as reported by the representative and president of the Commission of Accusation and Investigation, John Jairo Cárdenas, who will be responsible for this case.

Likewise, the Office of the Colombian Attorney General opened a preliminary investigation in relation to the allegations of Merlano, who assured that her escape was planned by businessman Julio Gerlein, who financed the vote buying network, and by members of the Char family.

The Merlano case
Aída Merlano, who was sentenced to 15 years in prison for illegally buying votes for the 2018 parliamentary elections, escaped in October 2019 when she attended an orthodontic appointment at a medical center in Bogotá. The former congresswoman was captured in Venezuelan territory on January 28.

Her return to Colombia has not been possible, because Bogotá made the formal request for extradition to deputy Juan Guaidó, whom he recognizes as “interim president” of Venezuela, and not to the government of President Nicolás Maduro, who had urged the authorities Colombians to reactivate consular relations to execute the transfer procedure and who is the constitutional and acting president of Venezuela.

Regarding that request made to Guaidó and not to the Venezuelan Government, Merlano said, in an interview with Semana, that with this, “the message is overwhelming”: that the Duque Government does not wish to effect the extradition. For the former senator, such a request is “a political, diplomatic absurdity and a national shame.”