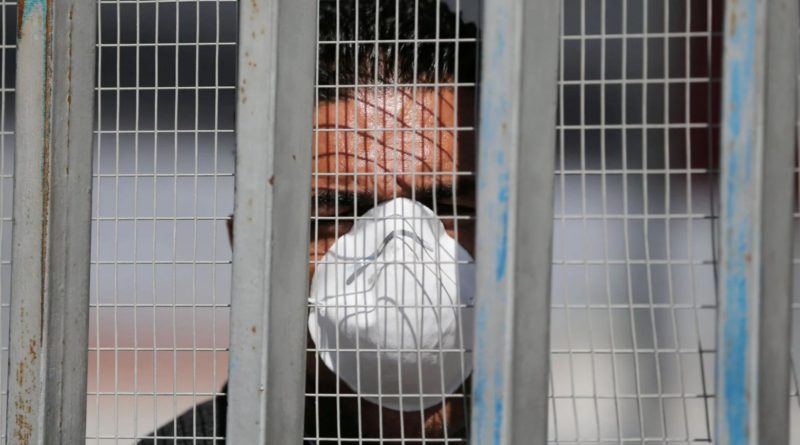 Even a small outbreak among Gaza’s densely-packed, blockaded population would put an impossible strain on a healthcare system already teetering on the verge of collapse.

Imagine two million human beings living in the space of just 365 square kilometers. One of the most densely populated places on Planet Earth, confined in a cage from which they cannot escape. These two million people cannot leave, even if they wanted to, without great difficulty.

They must live their lives within the confines of this rapidly deteriorating area of land, some persisting in the hope that one day things may change, but many surviving with the realization and resignation that they very well may not. No matter their degree of optimism or pessimism, all are isolated from the rest of the world. We call this place the Gaza Strip, and it has been under blockade by Israel since 2007.

It is now March 2020. The novel coronavirus, has become an issue of global concern. The disease it causes, COVID-19, has spread far from its origins in China. In a short space of time, coronavirus is seemingly everywhere. It moves as frequently as the planes and people who spread it back and forth across the world.

As of 11 March, more than 118,000 people have been infected globally, almost 4,300 people have died and at least 114 countries/territories and areas are affected. The world buys masks and hand sanitizer. The World Health Organisation classifies novel coronavirus as a pandemic. People stock up on food. “What will happen to us?” the world says. “What if we get sick?”

And what of the people who live in the cage of Gaza? What will happen to them?

If you’re locked in a cage, you are protected – but, simultaneously, you are also at much greater risk of being acutely affected. If the people of Gaza become unwell, will anyone care, any more than to the minimal degree they have in the past? Will anything change for them, or will it simply become much worse?

RELATED CONTENT: The Palestinian People Were Robbed of Their Homeland and Their Ancient History was Stolen

At the time of writing, there are no confirmed cases of COVID-19 in the Gaza Strip. But it only takes one person to change the course of things for the worse – that infamous Patient Zero, to which many of the world’s wealthiest and most medically advanced countries can attest as they grapple with spiking contagion rates.

On Thursday 5 March the Palestinian Authority announced a 30-day state of emergency, following seven initial coronavirus cases discovered in Bethlehem, closing educational institutions and numerous places of work. It is now reported that the Occupied Palestinian Territory has 30 cases of COVID-19.

What would happen to Gaza in the event of a COVID-19 outbreak? The United Nations has said that the health care in Gaza is at “breaking point.”

Gaza has a significant lack of quality medical care, a deficit in medical supplies and poorly paid medical personnel which has led to a protracted health crisis. This is compounded by the almost 13-year blockade by, and conflict with, Israel.

The Gaza Strip has unreliable power supply, fuel shortages, water quality issues and poor sewerage, which is a horrifying reality normally, but a potential catastrophe if combined with a COVID-19 outbreak.

The people of Gaza, through no fault of their own, are not prepared for such an eventuality. Even a small outbreak would put an impossible strain on an already struggling system. Gaza is also densely populated, which means that the disease would spread more easily, particularly as it is extremely difficult to exit and enter the enclave.

With considerable economic issues in Gaza, the highest unemployment rate in the world and a lack of supplies due to restrictions on the import of goods, it is impossible for families to stock up on essential items and medication. Those with existing health concerns are particularly vulnerable to the disease. With the general health of many people in Gaza consistently declining due to a severe healthcare deficit and low standard of living, the population would be uniquely affected.

At the best of times, when patients in Gaza are so unwell that they seek permission from Israel to leave via the Erez Crossing for medical care in the West Bank or Israel, they often receive no answer – or are rejected. In the case of a coronavirus outbreak in Gaza, the likelihood of exit permits for medical care being rejected is therefore high, particularly if Israel is struggling with its own outbreak.

The people of Gaza are on the brink of a humanitarian disaster and systemic collapse. The world is facing a COVID-19 pandemic, but a good case can be made for Gaza being the site of one of the world’s most at risk populations. Two million people living an already precarious existence are dependent on whether the world outside will judge their humanity, or behave with inhumanity.

Gaza’s people never chose to live in a cage. They shouldn’t be sentenced to die in one, either.

Featured image: A man, wearing a mask against coronavirus infection, looks through a fence as he waits for Palestinians returning from abroad. Gaza’s Rafah border crossing with Egypt. March 8, 2020. IBRAHEEM ABU MUSTAFA/ REUTERS