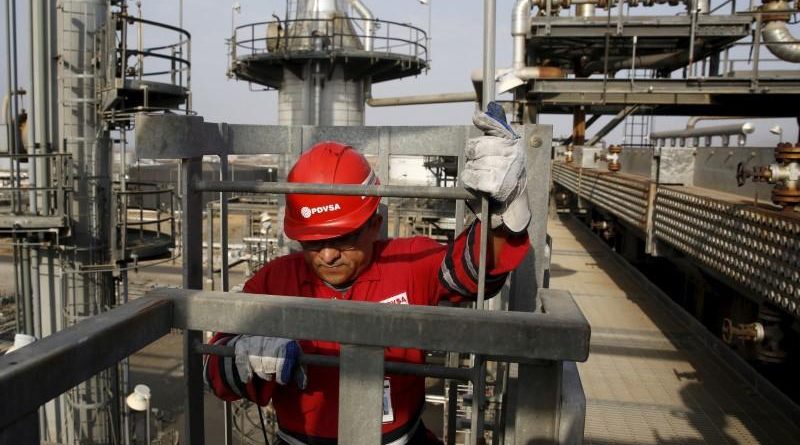 Sanctions and a fall in oil prices could threaten Venezuela’s main source of foreign currency.

The Organization of the Petroleum Exporting Countries (OPEC) monthly report placed the Caribbean country’s February output at 760,000 barrels per day, slightly up from the 756,000 bpd figure for January, according to secondary sources.

Venezuela’s flagship industry has seen output decline sharply from 1.911 million and 1.354 million bpd in 2017 and 2018, respectively, following the imposition of crippling US financial sanctions in mid-2017. PDVSA has likewise been plagued by mismanagement, under-investment, corruption and brain drain.

Production was further hit by a crippling US oil embargo in January 2019. The measure was expanded in August to a blanket ban on all dealings with Venezuelan state entities. The country’s oil output fell throughout 2019 before stabilizing at the end of the year.

The recovery in recent months was owed to the restart of cargo deliveries to customers such as Indian refining giant Reliance Industries. The stabilized production has also seen PDVSA announce that two joint ventures are set to resume production following months of inactivity.

However, Venezuela’s oil production could face renewed difficulties after the US Treasury Department slapped sanctions on a subsidiary of Russian energy multinational Rosneft for its dealings with PDVSA. With foreign companies shying away from buying cargoes directly out of fear of sanctions, Rosneft had reportedly been carrying as much as 60 percent of Venezuela’s oil output before rerouting it to other destinations.

RELATED CONTENT: Two Reflections on the “Fever” of Bodegones in Venezuela

Washington likewise ramped up threats of secondary sanctions against other foreign companies. According to Reuters, Indian firms Reliance Industries and Nayara Industries are planning to wind down their purchases of Venezuelan crude in April. Nayara is partially owned by Rosneft, and both companies have interests in the US that could be hurt by sanctions.

White House Special Representative for Venezuela Elliott Abrams has recently warned that the Treasury Department could go after companies buying Venezuelan oil indirectly. Likewise, companies which had been accepting Venezuelan crude as payment for debts or exchanging crude for fuel in a bid to bypass sanctions might soon be targeted by Washington.

The oil sector in Venezuela and around the world are facing the prospect of major turmoil after oil prices fell precipitously in recent days.

With the coronavirus outbreak contracting demand, OPEC countries and Russia failed to reach an agreement to cut back production. As a result, Saudi Arabia pledged to flood the market by increasing its production by 2 million bpd in the coming months.

Brent crude was trading as low as US $31 on Monday, before rebounding to $37 on Wednesday. Its price had been above $60 for most of the past 12 months.