Conservative leader Boris Johnson swept to power in the UK’s December 12 elections, winning 365 of a possible 650 seats. Labour’s socialist leader Jeremy Corbyn announced his resignation, after a bitterly disappointing night for his party.

Across the spectrum, corporate media all came to the same conclusion regarding the election: Corbyn’s loss spells the end for the US left and a “crushing defeat” (New York, 12/13/19) of the discredited policies of socialism. The press was filled with variations on the same reflexive warning to the Democrats: Don’t go left.

Indeed, CNN published three near-identical articles with that message in one 24-hour span  (12/12/19, 12/13/19, 12/13/19). The first, written even as polling stations were still open, suggested that “the Democratic Party may see a cautionary tale for the US 2020 presidential race,” as Corbyn “promised revolutionary change, a fundamental overhaul of society, heavy new taxes on the rich and a far bigger role for the state in the economy. Sound familiar?” It claimed he “took his party way to the left, leaving the more moderate ground where many voters feel most comfortable.” Going on to attack Elizabeth Warren and Bernie Sanders specifically, it suggested that proposing a “state-run healthcare system” like Britain’s is a “vote killer,” and that Corbyn’s imminent loss implies Joe Biden or Pete Buttigieg would be a better candidate.

Only a few hours later, John Avalon claimed (CNN, 12/13/19) the election was a “fierce repudiation” of leftist politics, presenting a “cautionary tale about the perils of polarization and the predictable dangers of embracing a far-left leader” who would nationalize key industries. CNN editor-at-large Chris Cillizza (12/13/19) offered exactly the same opinion, claiming Johnson’s victory should “make 2020 Democrats nervous,” insinuating that embracing progressive politics and Medicare for All was political suicide, and recommending a more “moderate” or “pragmatic” candidate than Warren or Sanders. 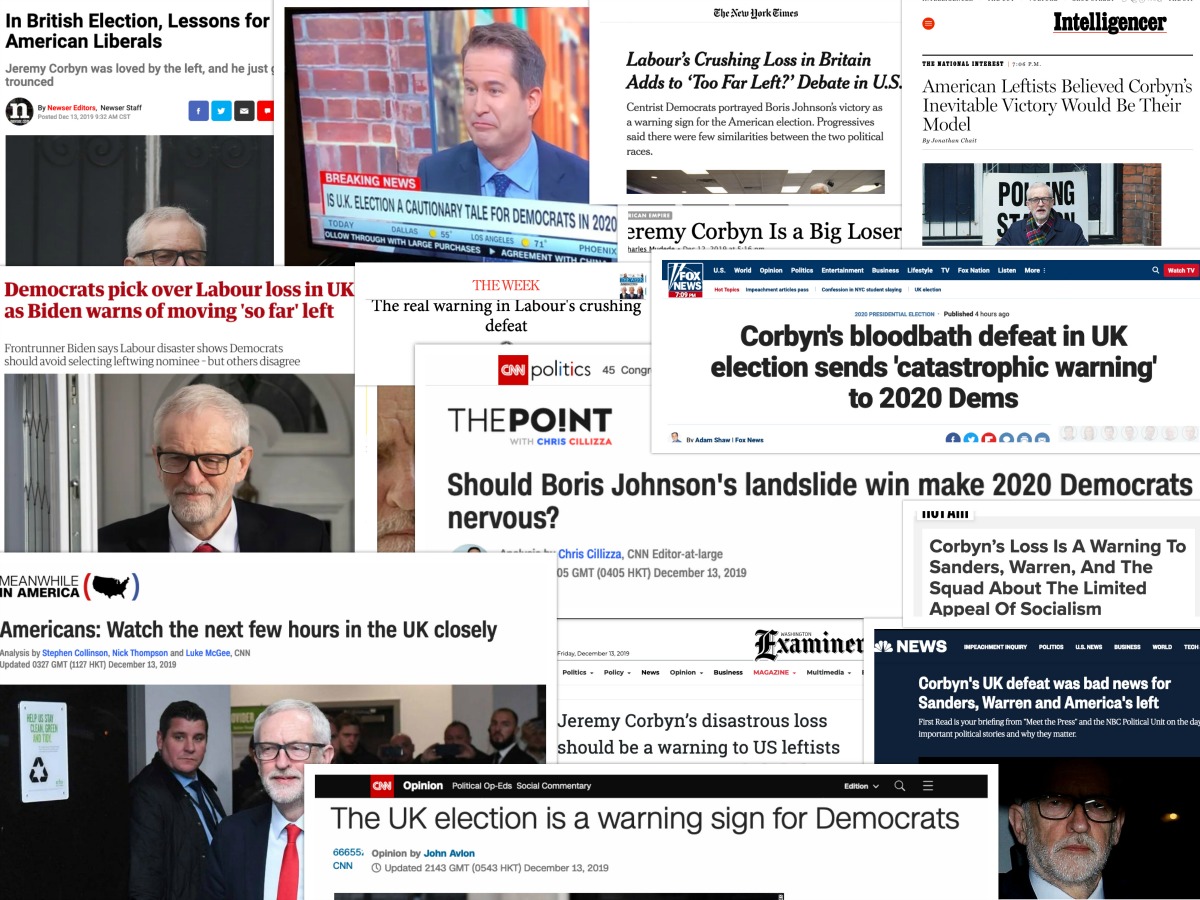 The chorus did not stop at CNN, however. In fact, surveying just 24 hours of headlines is enough to understand the message corporate media appears so keen for you to hear:

RELATED CONTENT: Why Labour Lost the Elections, and Where We Go From Here

There are a number of serious flaws with the reasoning, however. Few of these articles note that the UK’s version of Medicare for All, the National Health Service (NHS), is exceptionally popular, and the number one source of national pride for Britons. The NHS is so beloved that more people would countenance privatizing the army before the hospitals. Yet CNN still suggests that Corbyn’s support for the nationalized service contributed to his defeat. Furthermore, Labour’s leader and its overwhelmingly popular manifesto were virtually the same as in 2017, when Corbyn led the party to its best election result since World War II. 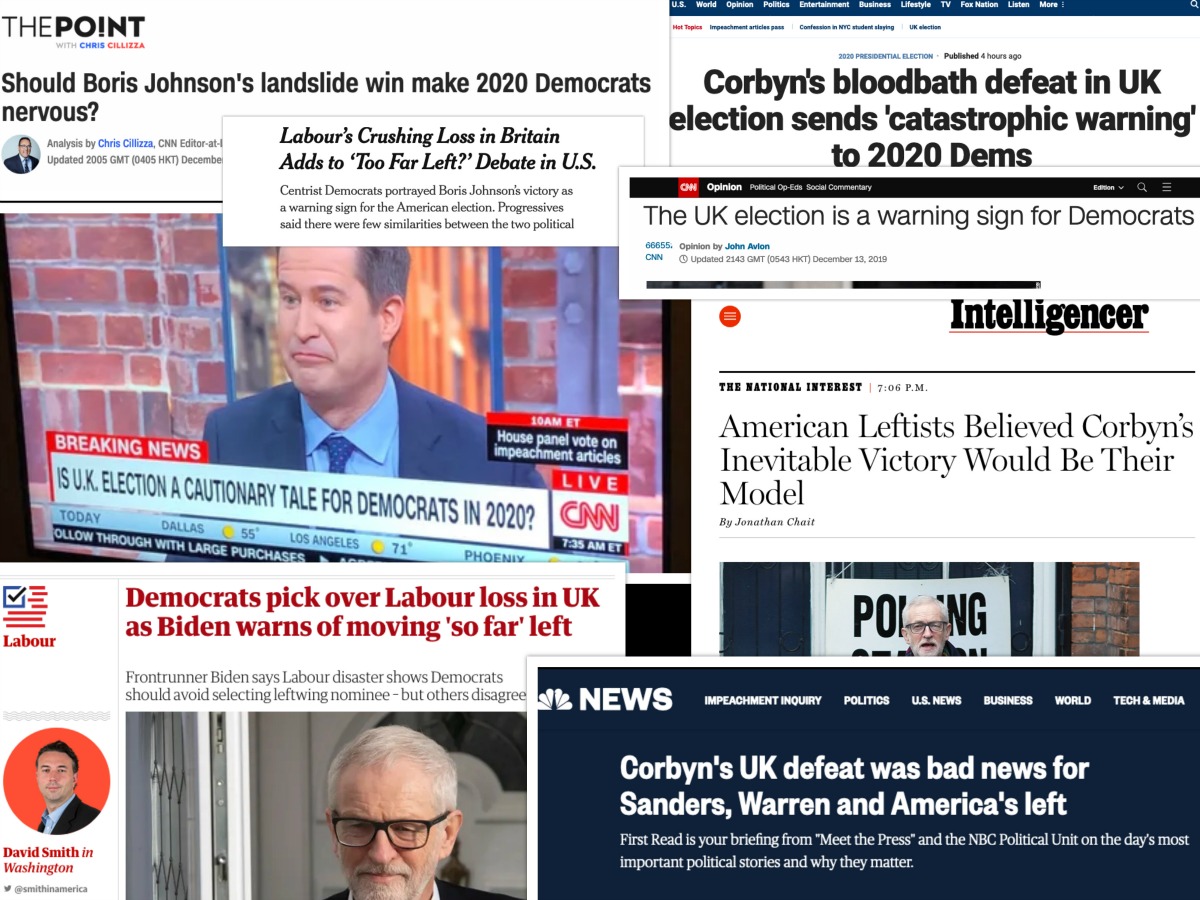 The only substantial difference between now and 2017 (unacknowledged in reporting) was that, at the demand of the “moderate” wing of his party, Corbyn had endorsed a second referendum on leaving the European Union without taking a position on the question, attempting to straddle the Brexit issue in a way that alienated both Remain and Leave voters. Just like the Democrats in 2016, a move to the center proved fatal.

Furthermore, none of the articles mentioned that there was another party who adopted precisely this “centrist,” “moderate,” “pragmatic”—or any other media code word (FAIR.org, 3/23/19, 8/21/19) meaning “corporate-approved”—position, and they fared poorly as a result. Jo Swinson, the leader of the Liberal Democrats, presented herself exactly as such, and suffered the ignominy of losing her seat to a 27-year-old rookie challenger from the Scottish National Party.

Nevertheless, there are certainly lessons that American progressives could learn from Labour’s loss:

1. Get ready for a coordinated media smear campaign.

British media managed to turn Corbyn, an elderly, vegetarian, anti-war pacifist, into a figure of hate, presenting him as a terrorist sympathizer, a Communist spy and a national security threat. One academic study of media coverage included an entire section entitled “Delegitimization through Ridicule, Scorn and Personal Attacks,” finding that 75% of articles misrepresented Corbyn or his views. And a report from Loughborough University found a relentless and overwhelming anti-Labour and pro-Conservative message across the British media in the election run up. Progressives who intend to challenge power can expect similar coordinated attacks from power’s mouthpieces.

2. The antisemitism smears are coming. 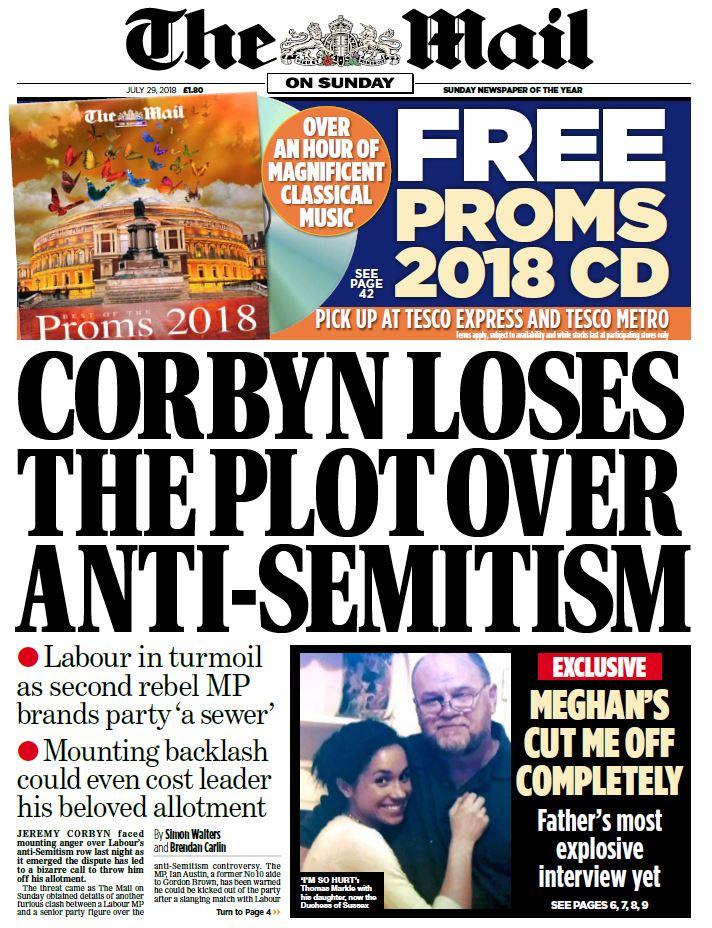 Media managed to convince much of the British public that the lifelong anti-racism activist is a secret Jew-hater. British historian Mark Curtis noted there had been 1,450 articles in national newspapers linking Corbyn to antisemitism in the past three months alone. The reason for the allegations, as the Washington Post noted in a since-deleted tweet, was “because of [his] strong statements on Palestinian rights.”

The barrage succeeded. When media researchers asked the public what percentage of Labour members faced official complaints over antisemitism, the average guess was 34%. The actual answer is 0.1%. When questioned why they were off by such a massive factor, respondents replied that they chose a number that seemed commensurate with the media coverage.

This tactic will be far more difficult to stick on somebody like Sanders who speaks with such a stereotypical New York Jewish accent. Yet media, seeing how effective it was in discrediting a progressive in the UK, have already begun attempting to smear those around him (e.g., Spectator, 12/5/19; Commentary, 12/13/19).

Of particular note is a Washington Examiner article (12/13/19) claiming Sanders’ campaign is “the most antisemitic in decades.” Its author, Tiana Lowe, calls infamous fascist troll Milo Yiannopoulos “awesome” and regularly boasts of her pride in her Nazi collaborator grandfather, whose organization participated in the Holocaust that killed Sanders’ close relatives. Nevertheless, the attacks, if not the substance of the allegations, must be taken seriously.

3. Solidarity with developing countries will not be tolerated.

Corbyn, like Sanders, immediately condemned the US-backed coup against Evo Morales in Bolivia, an action that drew the ire of an outraged pro-coup media (London Independent, 11/11/19; Daily Express, 11/11/19), who accused him of putting “Marxist solidarity ahead of democracy” (London Times, 11/12/19). Both men have been denounced for their connections, imaginary or otherwise, to Venezuela (FAIR.org, 3/5/19). Sanders’ history of solidarity with Nicaragua in the 1980s will be presented as support for a dictatorship. The left will have to have a response.

4. Building a movement to reach elderly voters will be crucial. 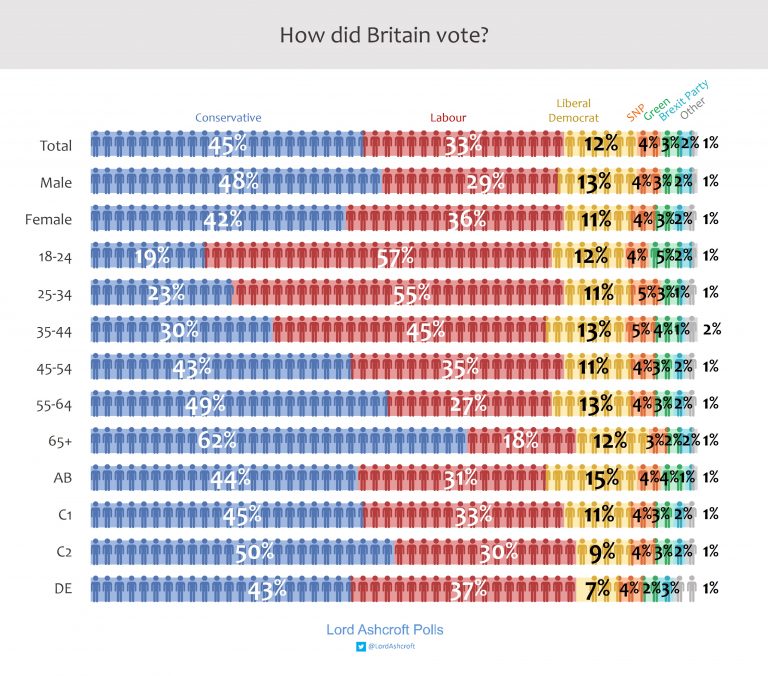 The Labour movement has managed to build an impressive network of alternative and social media countering the corporate press, reaching millions of young people, who voted 3 to 1 in favor of Corbyn. However, there was little concerted effort to reach elderly voters, who still largely rely on traditional media for news, information and opinion. This contributed to only 18% of those over 65 voting Labour, and the retired vote proved to be the backbone of the Tory victory. A similar phenomenon is happening in the US, where Sanders is the runaway favorite among the under-50s, but polls at just 5% among elderly voters, despite his commitment to the kind of social safety net programs they depend upon. Connecting with Boomers and Generation X, who use the Internet and social media for news far less than younger Americans, will require a specially geared effort. 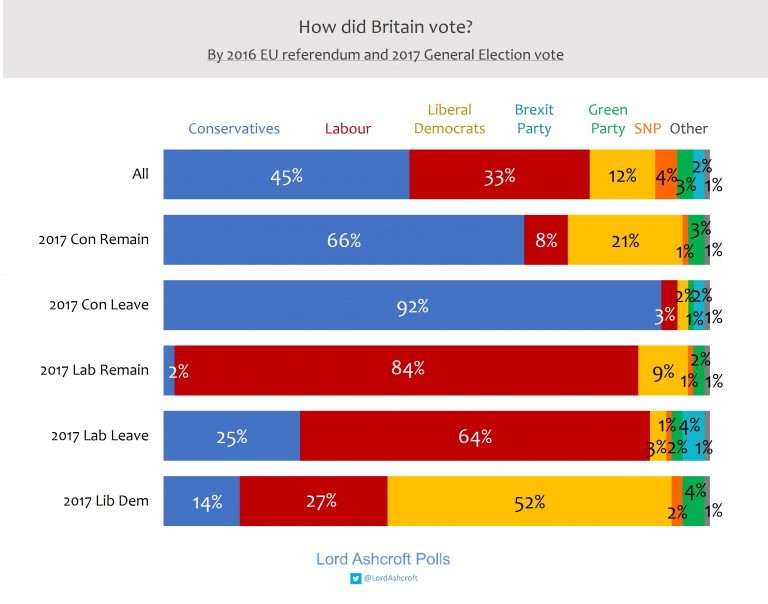 Under enormous pressure from the “centrist” wing of his party and the media, Corbyn took a “on the one hand/on the other hand” approach to Brexit, the  dominant issue of the campaign. Rather than arguing that leaving the European Union was a necessary response to undemocratic, austerity-loving Eurocrats—or, contrariwise, that Brexit must be opposed as a xenophobic scapegoating of immigrants, the British equivalent of “build the wall”—Labour was induced to split the difference, promising to renegotiate a break with the EU and then asking voters once again whether they wanted to leave or not, while Corbyn professed neutrality on the question. Following the media’s insistent advice that the safe path is always somewhere in the middle, the position called to mind the line attributed to Groucho Marx: “Those are my principles, and if you don’t like them… well, I have others.”

Virtually every seat Labour lost was a “Leave” constituency, suggesting that Corbyn was hurt by Labour’s attempts to “moderate.” Turnout also declined from 2017 to 2019, and there are indications that the decline was greater in constituencies with more young voters—by far the most pro-Labour demographic group. All of the centrist defectors from the Conservatives and Labour lost their seats, as did the pro-EU, stop-Brexit-at-any-cost Liberal Democrat leader Jo Swinson—illustrating that the media center and the public center are not always the same.