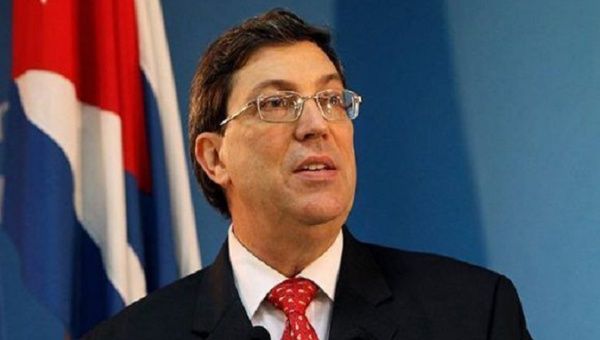 Cuba’s foreign affairs minister also called for the immediate cease of the blockade and aggressive policies against Venezuela.

“We strongly condemn the armed mercenary incursion into Venezuela” the diplomat tweeted, adding that “all our solidarity and support for President Nicolas Maduro and the civic-military union of the Bolivarian and Chavista people who are fighting against aggression and the pandemic.”

Meanwhile, the Network of Intellectuals, Artists, and Social Movements ‘In Defense of Humanity’ also repudiated the armed attack. The Cuba-based organization rejected the violent events and stressed the involvement of Colombia’s government.

“REDH repudiates the attempted mercenary invasion of Venezuela from Colombia. “Give me Venezuela to serve her: she has a son in me,” Jose Marti said. Such is the cry of solidarity from the peoples of our America.”

“Stop the aggression engendered in Colombian territory, cease the interference of the United States, the true architect of this type of interventionist action in Latin America, the Caribbean and the rest of the world,” the organization stated in a communication on its official website.

RELATED CONTENT: Bolivarian Armed Force (FANB) Declares Itself in Rebellion Against US Imperialism and in Permanent Vigilance in Defense of Sovereignty – Military Drills Strengthened (Communique)

The Executive Secretariat of the Network in Defense of Humanity also pointed out the U.S. should effectively handle its sanitary emergency due to COVID-19 instead of orchestrating armed attacks against Venezuela and other Latin American progressive governments.

“Venezuelan people have the right to live in peace and freely conceive and build its future,” the organization concluded.

At dawn on May 3, mercenaries tried to carry out an invasion by sea, the Venezuelan Minister of Interior, Justice, and Peace Nestor Reverol informed, explaining that the foiled attempt came from a terrorist group trying to enter Venezuela from Colombia.

Reverol highlighted that the objective of this incursion was to commit terrorist acts in the country, like assassinations of government officials and promoting violence across the South American nation.