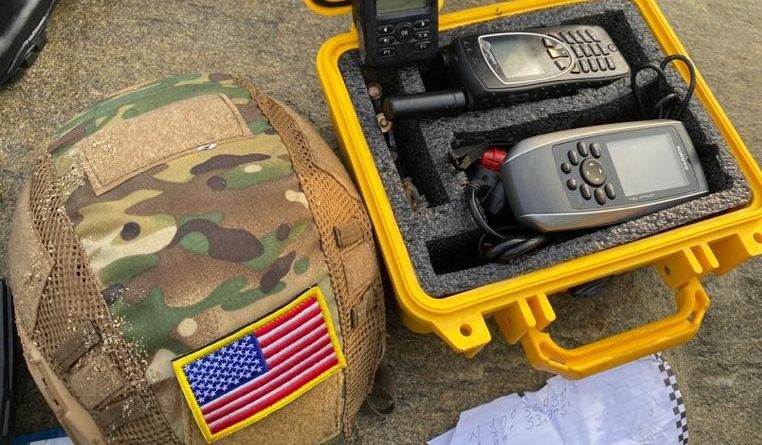 The president of the National Constituent Assembly of Venezuela, Diosdado Cabello, confirmed this Sunday that Robert Colina, alias Pantera, was one of the 8 people killed this Sunday in an attempt to enter Venezuelan territory through the city of La Guaira, to generate terrorist actions in the country aiming at a coup. Two people are captured. A large batch of military weapons was seized and vehicles were found ready in La Guaira to carry out actions against institutions and persons.

In the early hours of Sunday, a US led sea mercenary attack was neutralized by the Venezuelan army in the central coastal area of La Guaira State (Macuto) resulting in eight mercenaries killed and two captured. An important military arsenal was also seized during the operation and air-land-sea operations are still being carried out in order to capture any other mercenary on the run.

In statements from the Federal Legislative Palace, Cabelló indicated that, in addition to Robert Colina, a person with the surname Querales Sequera was identified, “presumably a family member of three of the mercenaries in this group,” referring to Antonio, Juvenal and Juven Sequera Torres , participants in the coup attempt on April 30. In addition, he announced that one of the detainees “is a drug trafficker, a DEA agent, according to her own confession, corroborated with operations she carried out.”

Cabello pointed out that it is presumed that they are not the only ones who came in the operation. He indicated that there was a confrontation and “we do not know if there were people who sank or tried to swim to another place. One of the detainees was captured doing this.”

Vídeo of some of the mercenaries that launched a sort of Bay of Pig mercenary attack in Venezuela today (Macuto). The one talking is Robert Colina aka Pantera, a military deserter. One of eight neutralized. Not an isolated action and very supported by Colombia and the US regimes https://t.co/XrFfycOmit

Cabello also indicated that trucks on the ground were seized with “afustes” (mechanisms to install firearms on their roofs) on which they had installed machine guns. “They had vehicles with mounted machine guns. What do you think this is? ISIS?” He said, referring to the terrorists in Daesh (Islamic State), who use similar techniques in their attacks on countries in the Middle East and also are supported by the US regime.

According to unofficial information from journalists, six vans were detained on the ground, some with machine guns on their roofs, as well as rounds of ammunition.

You can click on any photo to enlarge it:

Cabello explained that intelligence originating in Colombia about a possible attack on the country by sea was received, and in that order the Venezuelan state security agencies were already in state of alert. He stressed that the entire trace of the boats GPS indicates that they left from Colombia.

“Behind these people are those who attempted the 2018 assassination attempt on the life of President Nicolás Maduro, and the action led by Cliver Alcalá,” and all are coordinated by the US government and executed from Colombia,” he said.

The president of the Constituent Assembly highlighted that different opposition journalists flaunted on social networks that they knew what was going to happen in the next few hours. He also criticized that, in the midst of the world pandemic situation, the United States government insisted, through Elliott Abrams, a few days ago, on saying that there was going to be a transition in Venezuela, and that they were going to reopen their embassy. “You cannot take imperialism lightly.” Thankfully their arrogance and false sense of superiority make them easy to read.

In context
Robert Colina, aka Pantera, was one of the people who ran training camps in the city of Riohacha, Colombia, organized by Clíver Alcalá (currently under US protection), in order to train terrorist groups that enter Venezuela to attempt attacks and actions against the Venezuelan government, including the murder of [high profile] personalities.

On March 23, the Colombian traffic police seized an arsenal of weapons on a highway in that country. The sophisticated war arsenal included 26 assault rifles, telescopic sights, and night vision devices.

On March 25, Venezuela’s Minister of Communication, Jorge Rodríguez, reportedd that the weapons were going to three terrorist camps in Ríohacha, where they were training, with the knowledge of the Colombian government, to attempt a paramilitary attack against Venezuela and lead actions against Nicolás Maduro’s government.

Rodríguez denounced the former Venezuelan military official, Clíver Alcalá, as one of the organizers of the camps, and that Robert Colina, alias Pantera, was the leader in one of them. In addition, he was the person who was going to receive the weapons and then try to enter Venezuela with them.

Rodríguez also identified Juvenal Sequera Torres (implicated in the attempted coup on April 30, 2019) as another of the training camp leaders, along with his brothers Antonio and Juven Sequera Torres. Cabello indicated that a person with the last name Querales Sequera had been identified among the terrorists this Sunday, and that he could possibly be their relative.

On March 26, Clíver Alcalá admitted in a telephone interview to a private Colombian media outlet that the plan was real, that the confiscated weapons were his property and that, in fact, they were to carry out a coup in Venezuela. He stressed that the plan had the knowledge of United States government advisers and that there was a contract signed with Juan Guaidó for its execution. Simultaneously, the US government issued an arrest warrant putting a $ 10 million bounty on his head.

A few hours later, Clíver Alcalá turned himself in to Colombian authorities and was flown in an extremely expedited way the United States and without handcuffs, where he currently is protected. Guaidó denied having knowledge of the plan, as expected. Associated Press (Joshua Goodman) clouding the event
On May 1, the Associated Press (AP) agency released an opinion piece providing more details about the plan, claiming that a former US military man and ex-green beret, Jordan Goudreau, three-time winner of the Bronze Star for actions in Iraq and Afghanistan and owner of a security firm called Silvercorp USA, was advising on the attempted coup. According to analysts, the article seeks rather than providing more evidence about the plot, to make its readers believe that the governments of Colombia, the United States and the deputy Juan Guaidó supposedly had nothing to do with the attempted coup d’etat organized by Alcalá.

In this regard, Cabello read a note at his press conference: “A note comes out from another group, CNW, saying that the AP note was released at the right time because the remnants of the Alcalá group continued with their plan, including the vehicles armored and the same teams detained with the war arsenal in Colombia.” Cabello said that “now they want to wash AP’s face. It is very clear that behind this there is the United States, Colombia and drug trafficking,” and of course the US “free press”.