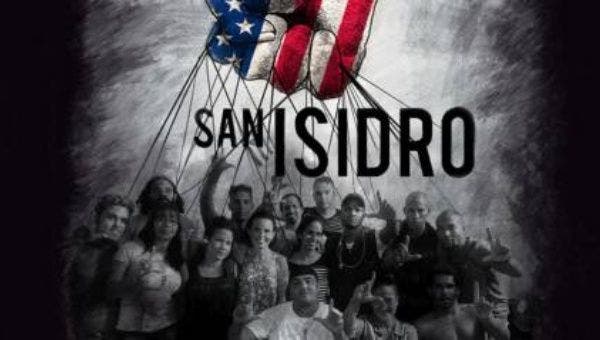 November 29, 2020.- The government of Cuba says it is aware of the current involvement of the U.S. government in interference in Cuba and the logistical support supplied to a group in San Isidro by the U.S. embassy.

Late night Saturday, the General Director in charge of the United States of the Cuban Ministry of Foreign Affairs, Carlos Fernández de Cossío, summoned the United States Chargé d’Affaires Timothy Zúñiga-Brown, to whom he conveyed that “Cuba does not allow the United States or any state to interfere in the internal affairs of the country.” He also asked him to reiterate that statement to the State Department.

The U.S. diplomat visited San Isidro on several occasions, when events of political and social provocation were taking place and would personally transport and support those who were violating the current health protection regulations. Fernández de Cossío deemed this in serious violation of Zúñiga-Brown’s functions as a diplomat and as Head of Mission, a flagrant and defiant interference in the internal political affairs of Cuba, and an incontestable violation of the Vienna Convention on Diplomatic Relations.

He emphasized that Cuba does not accept such behavior, and that it will that Zúñiga-Brown and his Embassy conduct themselves in Cuba in contempt of the law and norms, in violation of the obligations of a diplomat.

The Director General made clear that the government of Cuba “is fully aware of the involvement of the United States government in financing, guiding and inciting groups and individuals in Cuba to challenge the authority of the government, both through peaceful means and through violent ways,” and is informed of “the persistent but unsuccessful efforts in trying to add to those purposes the most representative sectors of art, culture and the intelligentsia in the country.”

He emphasized that Cuba is also aware of the powerful machinery through which the United States, manages, manipulates and harasses on social media, with unmatched technological and financial support, in order to spread false information, incite hatred, divide the population and promote resentment.

RELATED CONTENT: Western Union Ceases Operations in Cuba Due to Hostility From the US Government

The Director General said that as in the rest of the world, Cuba has “full knowledge of the trajectory of the United States government in the overthrow of legitimate governments, in the execution or promotion of coups d’état, and in the promotion of social instability at the cost of lives and suffering.”

President of Cuba: "Those who designed the farce of San Isidro were wrong about the country, wrong about history and wrong about armed forces. We do not accept interference, provocations or manipulations. Our people have all the courage and morals to fight for the heart of Cuba." https://t.co/E9gWv3Jx4g

On Sunday, President Miguel Diaz-Canel referred to “San Isidro, an imperialist reality show.” Diaz-Canel tweeted “the imperial show to destroy our identity and try to make us submit us again. All those plans will be defeated.”

The small San Isidro Movement in question campaigned for the re-election of Donald Trump in October, speaking to a South Florida-based audience, while applauding the damage being done to Cuba by the U.S. blockade, and asking for additional sanctions. Images had circulated of the main leader of the San Isidro group, Luis Manuel Otero Alcántara, with the Chargé d’Affaires of the U.S. embassy in Havana. Another member, Omara Ruiz Urquiola, also paid a visit to the diplomat; and Carlos Manuel Álvarez, who resides in Mexico and is linked to U.S. special services through the CIA front National Endowment for Democracy (NED), arrived at the headquarters of the San Isidro Movement last Tuesday, November 24.

'Colour revolution' planned for #Cuba, watch the colonial media and western liberals buy it, as they did with Ukraine, Libya, Syria, etc. https://t.co/Ptl4F7gzpV pic.twitter.com/icinocrnlz

Dozens of curated messages have been disseminated from the official Twitter accounts of U.S. State Department officials and the U.S. embassy in Havana in recent days, in chorus with the most recent provocation mounted by this group.

They have advocated for the tightening of the blockade and the cutting off of remittances and their end goal is an overthrow of the revolutionary Cuban government.

The pretext used as a trigger for the current provocation was the arrest, prosecution and sentencing of Denis Solís, a member of the San Isidro Movement, sentenced to eight months of deprivation of liberty for the crime of contempt towards an officer of the National Revolutionary Police (PNR). He had been officially summoned on a previous occasion to appear at the PNR unit in order to clarify his links with terrorist elements based in Miami, which he acknowledged after his arrest, although he was not prosecuted for it.

Authorities believe that the application of justice in the case of Denis Solís served as a pretext for the San Isidro Movement. They wanted to have someone arrested to support their scandal, which included the declaration of a hunger strike through which the group would seek sympathy. The group quartered themselves at a location in Old Havana and had friends take to social media claiming that the hunger strikers were “on the verge of dying.”

There are concrete demands to #GeorgeFloyd protests.