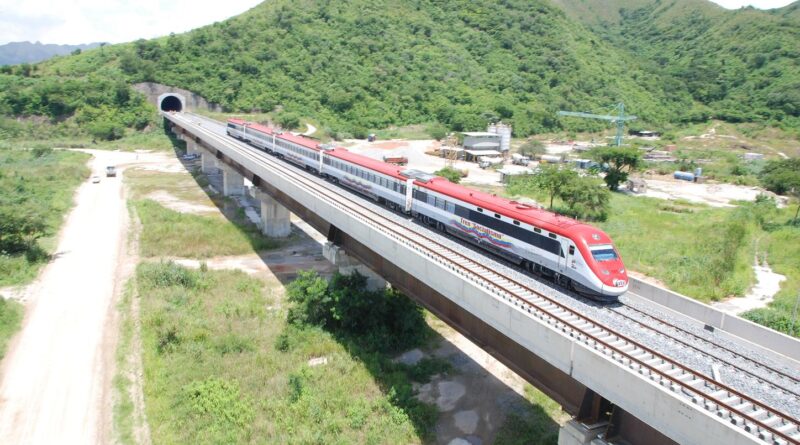 Venezuelan President Nicolás Maduro requested the reactivation of work on the National Railway System to connect the states of Aragua, Carabobo and Miranda, aiming for completion in 2021. During a working meeting in Fuerte Tiuna, Caracas, Maduro appointed the governors of Aragua, Rodolfo Marcos Torres, and of Carabobo, Rafael Lacava, to design a plan to resume the work left unfinished by international companies.

Following a widely-reported international corruption scandal a few years ago, the infamous Brazilian contractor Odebrecht ceased operations in Venezuela, impacting countless infrastructure projects. Many politicians all over Latin America have been jailed due to their implication in Odebrecht-related scandals. Venezuela is among the few countries where the scandal has not brought convictions of politicians, although former anti-Chavista Governor of Miranda state, Enrique Capriles Radonski, was singled out several times for his business relations with Odebrecht.

“We have to complete them, through a powerful union with private companies and the governments of Carabobo, Aragua and Miranda,” said the President, informing that the first meetings to discuss the work will be held after December 6. Rafael Lacava, through a satellite connection with the dignitary, specified that from his administration the necessary tools will be put into operation to complete this public transport solution “needed by the people of Venezuela.”

Rehabilitated tunnel
The Carabobo governor also reported that the La Cabrera tunnel and viaduct, between Maracay and Valencia, located at kilometer 122 of the Caracas-Valencia highway, in the Diego Ibarra municipality of Carabobo state, was rehabilitated.

In this important highway “3,000 square meters of supporting layers and lights were repaired, and the structures were reinforced.”

The regional leader stressed that surveillance cameras, speed reducers and a crane service will be provided, twenty-four hours a day, for free. With this refurbishing, twelve million users who use this road, connecting the west of the country, will be benefited.