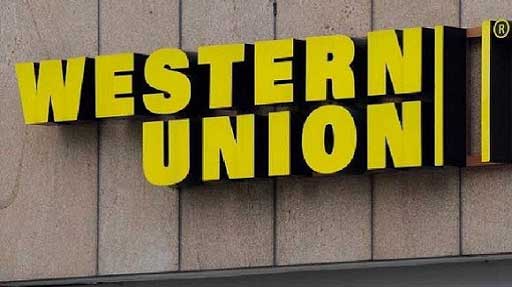 HAVANA, Cuba, Nov 23 (ACN) Due to the hostility raised during more than six decades and increased with almost 200 measures by the current US administration, this Monday, at 6:00 p.m., by sole and exclusive responsibility of the US Government, the payment of remittances from that nation to Cuba through Western Union ceases.

This was reflected this Sunday by the Granma newspaper, in a text in which it points out that lies, manipulations, coercion and the exercise of force are some of the keys to the US policy against Cuba for more than 60 years.

The publication adds that changing what the world and the Cubans themselves, inside and outside the Island, understand as “the Revolution”, is essential for the achievement of its perverse objectives.

Cimex Financial, S.A. (Fincimex), authorized by the Central Bank of Cuba to carry out the operations of intermediation of that process of financial flow to the Cuban family, published on its official Facebook page that, as a result of the measures of the US government aimed at suffocating the Cuban economy, the service of the 407 payment points that make up the network of the US company in the national territory would be interrupted.

Thus, the official and safer channels for sending remittances from the US are closed to those who cannot travel frequently to Cuba to support their loved ones with money or who do not wish to use third parties to help their relatives, Granma said.

It adds that with this position, the magnitude of how the current US administration directly affects the Cuban family is once again accentuated, interrupting ties against those it deliberately acts against and in times of a crisis aggravated by the COVID-19 and the blockade itself that they loyally maintain.

It also points out that in June of this year, Fincimex became part of the list of restricted entities of the US State Department.

This includes the ministries of the Armed Forces and the Interior, and the National Revolutionary Police, as well as companies, corporations, the Mariel Special Development Zone, and the Mariel and Havana container terminals. It is also evident that they persist in their attacks against the institutions that guarantee national sovereignty, and their interest in suffocating the people.

On October 23, the Treasury Department announced modifications to the regulations for the control of Cuban assets, which would prevent remittances to Cuba through US companies with general licenses.

To shake off blame, the U.S. administration argues that remittances would not be interrupted if Cuba accepted the U.S. government’s imposition of a different payment network than the current one … in less than 30 days, the date set for the entry into force of the new U.S. Office of Foreign Assets Control (OFAC) regulations.

But 20 years of equipment, professional training and completion of the communications infrastructure to achieve a payment network capable of sustaining the high operational level of international remittance companies, is not something that can be solved with a snap of the fingers, the text says.

This is without ceasing to emphasize that it is a constitutional right of our people to have economic, diplomatic and political relations with any other state without ever being negotiated under aggression, threat or coercion, the newspaper states.

It also states that it is Cuba’s sovereign right to make its decisions without being imposed, blackmailed or conditioned in any way.

In one of its publications, Fincimex refers that, in addition, its platforms have levels of technological integration and strong logistic processes at a national level. Both aspects are known by “those who designed the measures” -the company denounces- and that evidences the intention of interrupting the remittances for which “they need, as usual, to lie to the public”.

Even without the management of Fincimex as representative of Western Union in Cuba, they would be forced to close, the company warns once again highlighting the weakness of the supposed “open door” left by the US, since “it is widely known that 70 percent of the network of payment points is made up of companies included in the list of restricted entities.

Granma adds that since 1998, when Fincimex signed the contract with Western Union, until 2010, remittances were paid in dollars and had hardly any operational levels.

It was from that year onwards that they were able to receive a license from OFAC to be able to pay in CUC, the legal currency in Cuba, and from then onwards the flow has been sustained until now.

In October 2019, when the sale in freely convertible currency began, the demand for those currencies among the population arose, and Fincimex offered all remittance companies the possibility of directing them to bank accounts.
Western Union was working on that modality, which was planned to be implemented as of January, but this possibility was interrupted by the arbitrary decision of the White House administration, the newspaper said.

It cannot be ignored that a measure like this could encourage illegality, since families could seek informal and irregular ways to help their loved ones, exposing themselves to be victims of a scam, when the country has a proven service in its rigor and effectiveness.

It adds that Fincimex has been facilitating remittances for a quarter of a century with security, transparency in its procedures and guaranteeing an orderly and safe flow.

It is also recognized in the international market for the seriousness of its work, endorsed by the conditions in which it fulfills its functions on behalf of the Cuban financial system, concludes the work published in Granma.