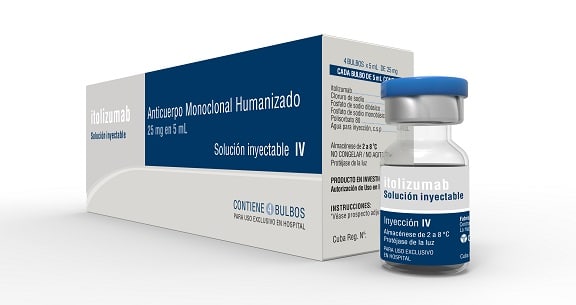 Education is central to Cuba’s brand of socialism. The revolutionary government’s dedication to scientific knowledge and healthcare for all shows up now as Cubans cope with the Covid-19 pandemic. The United States is not so lucky.

Cubans have wholeheartedly carried out masking, social-distancing, testing and quarantining. Cuba’ s bio-medical research and production facilities created five anti-Covid vaccines. As of December 3, 90.1 percent of Cubans had received their first dose; 82.3 percent of them were fully vaccinated. Only seven other countries have higher rates. (1) Trials showed that Cuba’s workhorse Abdala and Soberana 02 vaccines were protective for over 90 percent of vaccine recipients.

Cuba’s Covid vaccines don’t need extremely low-temperature refrigeration as is the case for major U.S. vaccines. In that regard they are particularly useful in poorly resourced countries. Cuba has sent, or is preparing to send, vaccines to Vietnam, Venezuela, Iran, and Nicaragua. Cuban scientists are elaborating a version of their Soberana Plus vaccine that will protect against the Omicron variant.

Cuba’s achievement in producing anti-Covid-19 vaccines is remarkable in the face of shortages of equipment, reagents, and supplies due to the U.S. economic blockade.

U.S. and Cuban assumptions regarding vaccination programs and other public health measures are different. Vaccine production in Cuba is a matter of the common good, pure and simple.  In United States, government-subsidized manufacturers will be making huge profits – $18 billion for Moderna in 2021. U.S. government scientists and their pharmaceutical company counterparts collaborated in developing vaccines, but the companies now are claiming intellectual-property and patent rights for themselves.

Rejection of scientific facts and expert opinion is widespread in the United States. Myth-making leads to vaccine refusal. Political and cultural frictions frustrate consensus on mask-wearing and social distancing. The upshot is that the prevalence of Covid-19 infection in the United States is 14.9 per 100,000 persons; in Cuba it’s 8.5. The two countries’ Covid-19 mortality rates are, respectively, 240.18 and 73.31 per 100,000 persons

The message here is that a society coping with a major pandemic must draw upon reserves of unity and learning.  Cuba’s recent experience shows that long attention paid to schooling and science is bearing fruit.

In the 19th century, according to one account, Felix Varela, a Catholic priest, “introduced Cuba to the principles of scientific thought, the first independence ideals, and the pursuit for national identity.”  Jose Martí, Cuba’s national hero and independence leader, was teaching in Guatemala in 1878. There he wrote that, “Knowing how to read is knowing how to act. Knowing how to write is knowing how to ascend. Those first lowly school books put at man’s disposal feet, arms, and wings.” (2). He later suggested that, “to study the forces of nature and learn to control them is the most direct way of solving social problems,”

Cuban revolutionaries led by Fidel Castro attacked Santiago’s Moncada Barracks in 1953. In honor of Martí, born in 1853, they called themselves the centennial generation. Martí’s educational mission was in good hands.

Fidel Castro on December 16, 1960 told a meeting of spelunkers (explorers of caves) that, “We teach about accidents of nature but we don’t teach about tremendous accidents of humanity.” Calling for the study of nature, he declared that, “The future of our country must necessarily be a future of men of science, it must be a future of men of thought.” He noted that “many of our people had no access to culture or science” and “only 5% of farm-worker children have reached the 5th grade.”

A pre-revolutionary national census revealed almost 26 percent of Cubans to be illiterate. A major literacy campaign took place in 1961, the “Year of Education.” Some 100,000 young people, barely into their teens, and most of them raised in towns and cities, received instruction on teaching literacy.  They went into rural areas and taught marginalized farm people how to read and write. The teenagers lived in their houses and did farm work.

Midway, goals were not being met.  Taking up the slack were 20,000 volunteer factory workers and large numbers of regular teachers. Soon Cuba’s literacy rate was among the highest in the world.

Fidel Castro on December 22, 1961 spoke to literacy-campaign volunteers massed before him in Havana: “I will begin. [T]here are many jobs, jobs for all and we’re going to see if we can fill them … pay attention to these choices …”

He outlined scholarship opportunities for tens of thousands of the students to become teachers of those who would teach in primary schools, basic secondary schools, pre-university schools, schools for domestic workers, and art and music schools.

Castro also urged the literacy volunteers to serve as “technicians …  language professors, engineers, physicians, economists, architects, educators, specialized technicians. “We are converting fortresses into schools” and “filling the island with teachers, so that in the future the homeland can count on a brilliant galaxy of men of thought, of researchers, of scientists.”

On being interviewed 60 years later, Dr. Agustin Lage spoke of “another literacy campaign.” He asks for “a massive penetration of the scientific method in our general culture.” Science would “be converted into a national culture for Cubans.”

Lage, head of Cuba’s Center of Molecular Immunology (CMI) since its founding in 1994, praises young scientists working in Cuba’s bio-medical institutes for their “moral values, social commitment, and a vision of what the world must be.” “Young people,” he explains, “led in confronting the challenge of Covid and making the vaccine[s].”

Lage surveys Cuba’s large biomedical research and production institutes, mentioning the National Center for Scientific Investigations (formed in 1965), the Center for Genetic Engineering and Biotechnology (1986), the Finlay Vaccine Institute (1991), and his own CMI. Each of these centers, on its own premises, carries out research, development, production, and marketing of products. BioCubaFarma, created in 2013, serves 34 such entities by facilitating worldwide commercialization of vaccines, immunologic agents, chemotherapy drugs, antibiotics, tests, medical equipment, and more.

Lage observes that in Cuba “science is a social process,” that “human societies, not individuals, make science.”  He envisions “freely available and universally accessible healthcare, scientific and biotechnological development, and the pharmaceutical industry as a base of social cohesion.”

He suggests that economic development, “material well-being, and protection of our kind of social construction are possible only in a high-technology economy.”  Without “internal demand or natural resources to drive our economy,” Cuba relies upon “science and technology.”

For Lage, social context matters. For example, when “an innovative laboratory of a multinational [corporation] sells its vaccine abroad, prices and the cost of healthcare go up, and inequalities are greater.” The process “helps to enrich those private companies.”

“Inequalities are now expanding in the world” he points out, “and we have to defend our achievements. We do that by connecting culture, scientific thought, and science with the economy so that social conquests can provide leverage for economic development.”

Lage had earlier stated on his blog that, “Cuba’s scientific culture always promotes analyzing with data, generating new hypotheses about reality, submitting hypotheses to criticism… and rejecting improvisation, superficiality, pseudoscience and superstition.” Ultimately, “we need science and technology to develop our economy, but also to preserve and solidify its socialist character.”

Concerned about vaccine rejection, a physician and sociologist writing recently in The New York Times point out that “governments have slashed budgets and privatized basic services and people are unlikely to trust institutions that do little for them.” And “public health is no longer viewed as a collective endeavor, based on the principle of social solidarity and mutual obligation.”  They seek “policies that promote a basic, but increasingly forgotten, idea: that our individual flourishing is bound up in collective well-being.”

Neighboring Cuba has by no means forgotten this agreeable message.

Cuba, of course, is the model practitioner of what they are preaching.