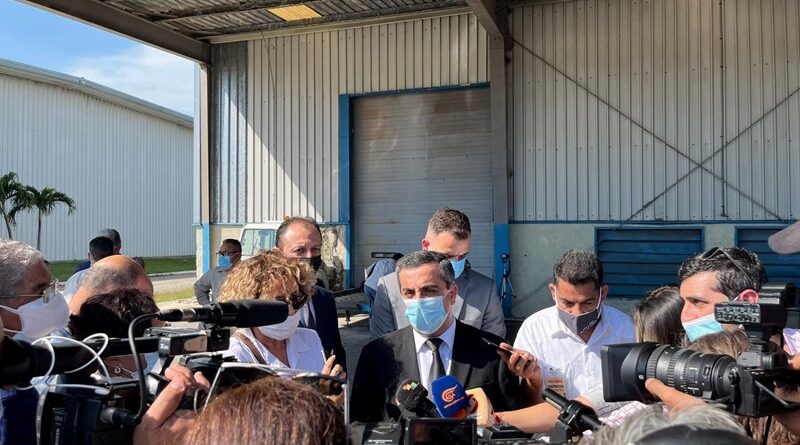 Cuba sends 240,000 COVID-19 vaccine doses to Syria, and the Syrian ambassador to Cuba thanks the latter, saying Cuba gives what it is in need of, not what is left over.

Cuba has opted to send 240,000 doses of COVID-19 vaccines to Syria, by request of Cuban President Miguel Diaz-Canel.

The move is meant to show the strength of relations binding Havana and Damascus. The shipment sent to Syria included 120,000 Abdala vaccine doses, the first COVID vaccine to have been developed and produced in Latin America, with an efficacy of 92,28% according to Cuba’s Center for Genetic Engineering and Biotechnology (CIGB).

During a celebration in Havana International Airport held during the sending of the shipment, Cuba’s First Deputy Minister of Foreign Trade and Investment Ana Teresita Gonzalez said that her country is intent, despite suffering from the unjust US embargo, on giving all that it can to its friend and other people around the world. She also stressed that the sending of these shipments to Syria bears testament to the depth and strength of the relations binding the two countries.

Gonzalez added that both Cuba and Syria are facing an unjust embargo by the United States, and Cuba is keen, under these difficult circumstances, to share its experience and knowledge in the pharmaceutical industry and biotechnology. She also stressed that Cuba will continue to give all that Syria asks, within its limits.

Mia: Cuba gives what is in needs of, not what is left over

Syria’s ambassador to Havana, Idris Mia, thanked Cuba, saying – along the words of the late Fidel Castro – that Cuba gives what it is in need of, not what is left over, and that it is through knowledge and science that nations are built, not bombs and rockets.

Dr. Mia stressed that this Cuban initiative to send vaccines to Syria was very highly regarded by Syrian President Bashar al-Assad, and the people and government of Syria.

The Syrian ambassador noted that whereas Cuba is keen on presenting its expertise and knowledge in this field to other countries around the world, the United States and its allies continue to impose unilateral measures on Syria, Cuba and other countries, thereby limiting these countries’ capabilities in the fight against the pandemic.

Featured image: Syria’s ambassador to Havana making a statement on the shipment.