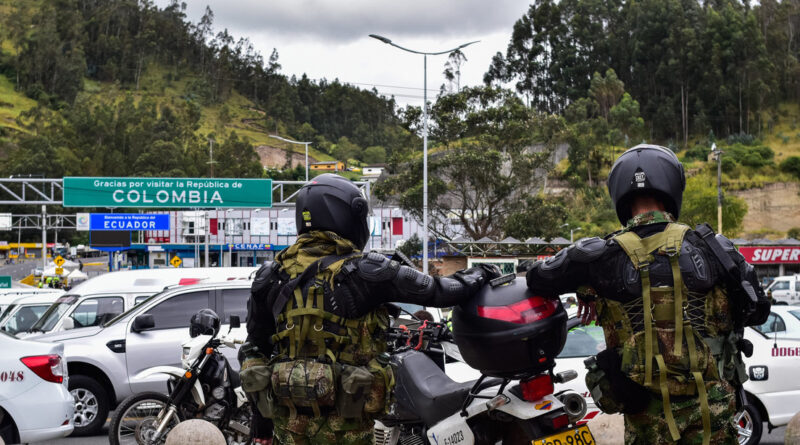 Residents of El Rosario municipality in the Nariño department of Colombia expelled an infantry battalion, by surrounding them and expressing that the military was not welcome. The municipality is in an area where there is significant presence of dissidents of the now-defunct Revolutionary Armed Forces of Colombia (FARC).

In images circulated on Monday, January 10, by Colombian media Caracol, a group of military personnel can be seen cornered by around 200 people, shouting “Don’t come back!”

The Colombian Army has already confirmed the incident, stating that civilians “carrying machetes confronted the uniformed personnel and tried to provoke them.” In this situation, the army “withdrew from the area” in order to “avoid confrontations with the civilian population.”

Tense climate
In recent weeks, there have been military deployments and survillance operations in Nariño department, after police officer Tomás Blanco Rolón was kidnapped around the end of December by FARC dissidents—ex-members of the now dissolved armed organization who did not sign or have not adhered to the 2016 peace agreements. Although the police officer was released after about 72 hours, the army remained in the area, and clashes with locals have been reported.

Five civilians, including two children under the age of 15, were injured in crossfires. This situation generated anger in the municipality of Leiva, and 20 soldiers were detained by inhabitants of the area. They were released after the intermediation of the Ombudsman’s Office.

Recently, the army has requested “the municipal and departmental authorities to take legal action over these violent acts perpetrated by the civilian population, in compliance with the constitutional principle of harmonious collaboration between institutions.”

For his part, the Secretary of the government of Nariño, Amilcar Pantoja, informed, “we have started a dialogue among all sectors of the society to build trust, at all costs, and to avoid any type of circumstances that are detrimental to the communities.”

“We, from the government, will continue to make all efforts to guarantee stability in these areas that have suffered and continue to suffer from the presence of armed groups,” Pantoja added.