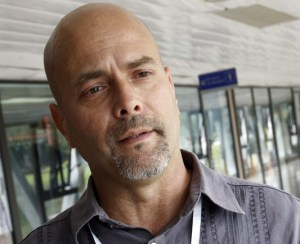 There is precedence when the media has stepped up and revealed secrets publicly that altered the course of history. These are those moments when released information is so significant that once out it cannot be swept back under the rug; no matter that it has destroyed political careers, personalities or even damaged powerful political parties. In this age social media, for the most part, is now the motor force to spread undeniable truths or lies.

Wikileaks was the forerunner to this phenomenon and a great source of uncomfortable truth of that kind during the last years. The website created by the 47-year-old Australian journalist Julian Assange gathered rich and powerful enemies around the world for publishing tens of thousands of secret documents, the most damaging were related to the United States State Department.

Plenty of resources were thrown at the ugly truth in the documents in an attempt to control the damage and clean up the mess but that was out of reach for even those powerful countries who try to portray their ruthless interventions as “democratic” missions.

From that point on Assange was a target and on June 29, 2012, when the British System of Justice issued an arrest warrant against Assange, he sought refuge at Ecuador’s Embassy to London. Then president of the Latin American country, Rafael Correa, granted him the status of “political refugee” and then the Ecuadorian citizenship.

During this period Wikileaks, and especially Assange, have been at risk. The British and the U.S. have laid siege against them. Once Lenin Moreno became president of Ecuador and started his descent into being a minor neo liberal player the noose has been tightening around the embassy in London.

Last Thursday, London police raided the Ecuadorian diplomatic seat after the Ecuadorian Government withdrew the asylum status to Assange. According to the British police, the action was also the result of an extradition proceeding requested by the U.S., where the journalist was being accused of the vague and ambiguous charge of “conspiracy to commit computer crimes” in collaboration with former U.S. Army intelligence analyst Chelsea Manning.

Cuban hero Gerardo Hernandez , who knows a lot about conspiracy charges, told Trabajadores, “I think what is happening to Assange is a shame. We live in a world where people spread lies, half-truths, fake news. Assange and his group disclosed factual information that exposed the global interests of the powers that be and now they are punishing him for it. His crime is finding the truth and revealing it.”

Hernandez who is currently a Deputy of the Cuban National Assembly and Vice Dean of the Higher Institute of International Relations spent 16 years in U.S. prisons. He commented, through his own experience that if Assange is extradited to the U.S. nothing good will happen to him. “We witnessed how they were always trying to distort the truth as a way of demonizing us. For example they said we went to the United States to destroy it.”

Hernandez was one of five young Cubans who went to Miami unarmed to monitor the activities of anti Cuba terrorist groups openly operating there. His arrest in 1998 began one of the longest trials in U.S. history. While they could not convict him of any real crime they charged him with conspiracy charges, similar to what Assange will face if he ends up in the U.S. justice system. In Hernandez’s case there was no way a Cuban agent could get a fair trial in Miami and he was given an exaggerated two life sentences plus 15 years. The cause of the Cuban Five became an international solidarity movement demanding their release. .

Hernandez Nordelo mentioned that among the tens of thousands of documents disclosed by Assange’s group, at least one was related to the case of the Five, “I remember a leak about the way Hilary Clinton was approached by people from the British Government to find out about our case,” which was the result of “pressures being put on by solidarity groups and unions” from that European country.

“It was an interesting and encouraging new piece of information -he confessed- and it allowed us to know just how powerful solidarity groups could be.” Without any direct connection with Wikileaks Hernandez admitted the Five, “indirectly exchanged greetings of solidarity from us to his cause and he praised ours.”

“We now declare our solidarity with Assange and what he stands for and we insist on that because what is going on is a campaign of revenge against him… Not because he spread certain news but because he disclosed the performance of several government and business agencies at different levels. They were used to acting with complete impunity and suddenly they were faced with a phenomenon like Wikileaks, which exposed their maneuvers, plans and dirty proceedings. That is unforgivable.”

“If I could talk to him now, I would tell him to keep firm. Unfortunately, life puts challenges in front of us but I am sure he can count on a strong solidarity movement like the one we had.”

Hernandez was granted amnesty on December 17, 2014, together with his partners Ramon Labañino and Antonio Guerrero (Rene Gonzalez and Fernando Gonzalez had already served their sentences and were back in Cuba). The news was simultaneously given by then Cuban President Gen. Raul Castro Ruz and his U.S. counterpart Barack Obama during a brief thawing of relations.