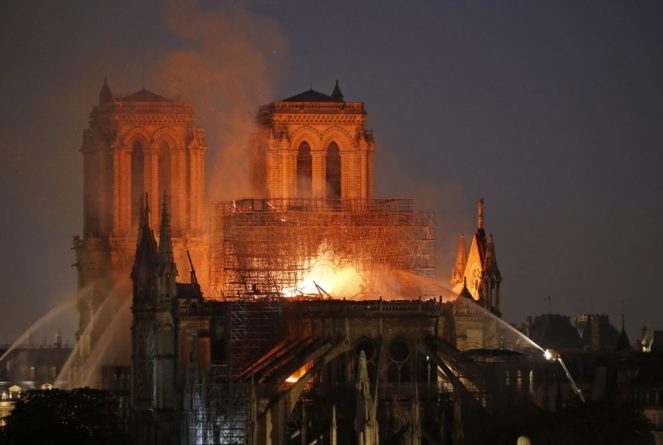 Former Iranian President Mahmoud Ahmadinejad asked if it is better for the French government to invest in a more modern fire system instead of interfering militarily in other countries around the world.

This was expressed after sending his condolences to the people of France for a fire in Notre Dame through a message he posted using his twitter account.

“I send my condolences to all the people who worship in the divine temples, especially the Notre Dame and God blesses the brave firemen,” he said.

On the night of this Monday, April 15, a great fire occurred in the cathedral of Notre Dame in Paris, the flames ruined a considerable part of the 850-year-old church.

I send my condolences to all people who worship in divine temples, especially the #NotreDame and God Bless the courageous firefighters. Wouldn’t it be better if the Government of France invested in a modern fire fighting system instead of military interference in other countries?

All over the world and in social networks hundreds criticized the media coverage on this sad event while not paying attention to other terrible incidents against universal culture like the destruction of Palmyra in Syria or the one on the Iraq Public Library, all actions committed directly or indirectly by US, France and their NATO partners.