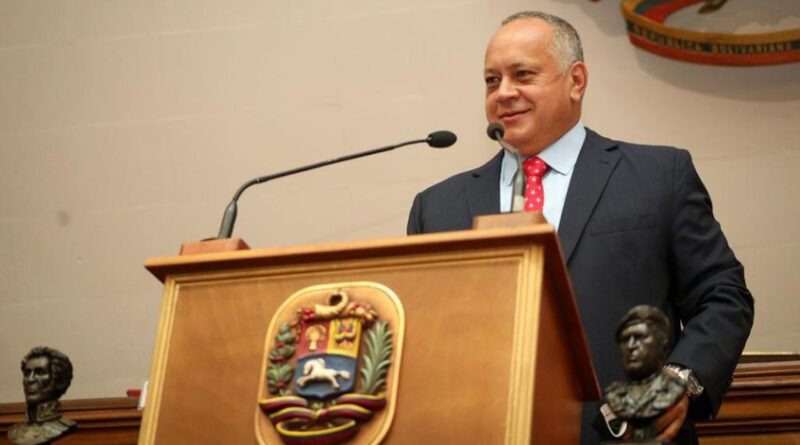 Until the closing date, he explained, a legal team will review the work done by this body that included 14 constitutional laws, 98 decrees, 84 agreements and 40 “acts of another nature.”

The president of the National Constituent Assembly (ANC) of Venezuela, Diosdado Cabello, assured this Tuesday, December 15, in his final report, that the constitutional body will be dissolved in the coming days, having complied with the entrusted task of providing peace for the country.

The ANC “closes its cycle of action for the homeland, fulfilling the task entrusted to it, we delivered peace to the country,” said Cabello, without mentioning that the institution ends its functions without achieving the task of drafting a new Constitution.

RELATED CONTENT: Venezuela Advances in Case Against the US Before International Criminal Court, Collaborates in ‘Venezuela I’ Case

The ANC president noted that they will continue working until Friday, when they plan to hold one last session.

Until the closing date, he explained, a legal team will review the work done by the body that included 14 constitutional laws, 98 decrees, 84 agreements and 40 “acts of another nature.”

“There is a legal team that is reviewing all the laws to see how we can modify the constituent decrees, the constituent laws… to leave everything settled, to not leave any loose ends,” he said.

Cabello insisted that the main contribution of the ANC is to have brought peace to the nation, because after it was established in August 2017, the anti-Chavismo-led destabilizing actions, that had been shaking the country for months and that resulted in more than 120 deaths, ended.

Now, the ruling party pointed out, the legislative work will be commanded by a new National Assembly (AN) that was elected this month and will be installed in January 2021, with Chavismo controlling 256 of the 277 seats due to the irresponsible behavior of the Venezuelan opposition that opted out from the elections.

The ANC is accused by right-wing factors of being fraudulent, because it was constituted without a prior consultative referendum, as happened in 1999 when the current Constitution was drafted. But what these same opposition elements neglect to mention is that in 1999 the Consultative Referendum was required, because the previous Constitution did not have referendum provisions, added in the 1999 Constitution, that allow the president of the country to call a Constitutional Referendum himself, as defined in article 348 of the Venezuelan Constitution.

Throughout Cabello’s term the Constituent Assembly exercised plenipotentiary powers as defined in the law and doctrine, it called for electoral processes, assigned itself exclusive tasks of the Parliament, and lifted the immunity of several anti-Chavista deputies who broke the law.