The Venezuelan Ministry of National Commerce began its distribution of guaranteed quality school supplies, backpacks, uniforms and shoes, produced by 182 Small and Medium Enterprises (SMEs) in Venezuela, for the 2021-2022 Safe and Progressive Return to Classes.

At the Caracas subsidiary Puerto Cabello, Dheliz Álvarez, Minister of National Commerce, commented that more than 4 million students at the preschool, primary and secondary education levels will benefit from the distribution of these necessary school kits to the children of Venezuela.

“We have all the school supplies necessary for a return to classes,” informed Álvarez. “In addition, there has been a large deployment of over a 100 brigade members from Somos Venezuela, more than 170 youth workers from the Chamba Juvenil Plan, officials from the Bolivarian National Militia, and more than 300 workers from Almacenadora Caracas, which is dispatching materials to the entire country.” 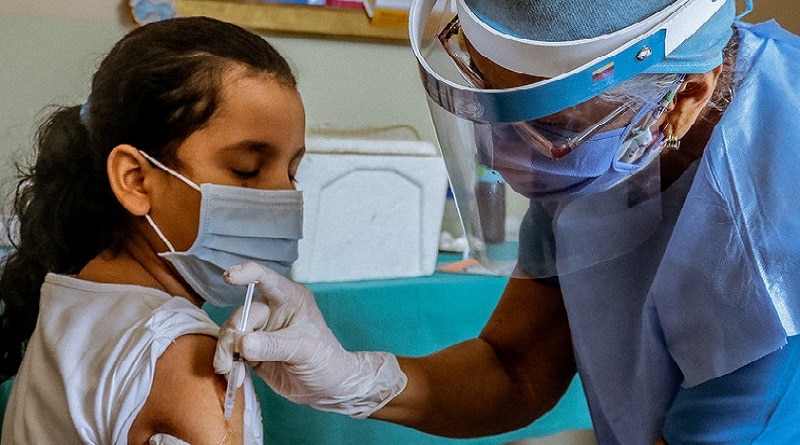 She also explained that a great effort has been made by the Venezuelan government, in conjunction with dedicated men and women who have joined hands to guarantee a safe and progressive return of students to classes.

“The footwear industry and the textile conglomerate, who have guaranteed quality school uniforms, have been a part of this great effort,” stated Minister Álvarez. “More than 36 million units including school supplies, footwear and uniforms make up the Great School Plan ordered by President Nicolás Maduro, with which the Ministry of National Commerce has complied.”

It should be noted that, of the companies that have participated in the plan, 71 are Small and Medium Enterprises (SMEs), which have carried out manufacturing of 39% of the units. The remaining 111 companies are larger industries and represent 61% of the national production.

For her part, Lismar Palomino, spokeswoman for the Somos Venezuela Movement, thanked the Venezuelan youth who are collaborating in the manufacturing of school kits that will be distributed to the children of Venezuela.