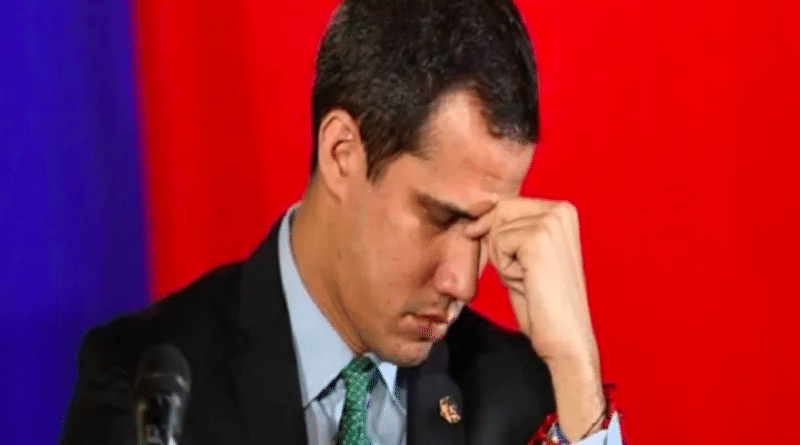 Anti-Chavista Venezuelan economist Francisco Rodríguez criticized coup leader and former deputy Juan Guaidó, as well as his accomplices, for their theft of Venezuela’s overseas assets and the mismanagement of said resources. Rodríguez also predicted a Chavista victory in the upcoming November 21 regional and municipal elections.

Rodríguez opined that through the takeover of Monómeros in Colombia, perpetrated by Guaidó and accomplices, the former deputy appropriated assets belonging to the Venezuelan State with the promise that the management of the company “was going to set an example” of the country’s reconstruction. “Just imagine the rest if that’s the example,” the economist pointed out.

Rodríguez, in an October 25 interview with the Reporte Global website, quoted by Noticiero Digital, pointed out:

The lack of accountability is serious, but it is worse to claim to be accountable while hiding reality. They said that Monómeros was going to be an example of how the reconstruction of the country was going to be carried out; just imagine the rest if that’s the example. There is a serious problem of accountability within the interim government. All debt obligations of $ 4.1 billion, abroad, Venezuela could end up paying them. All three creditors have that right. Now the interim government has realized that it has to negotiate with the creditors.

Rodrígez referred to the Monómeros case as “surprising and unprecedented.” According to Reporte Global, “this company was so profitable that not even Chavismo could bankrupt it; however, in the two and a half years that the interim government has had control of Monómeros, they have led it to enter a bankruptcy process.”

Rodríguez expressed that the bankruptcy happened due to a highly politicized mismanagement. “The problem is that there came a time when the G4 parties decided that the Monómeros and CITGO directories should be divided,” he stated. “This is very serious and it must be investigated.”

Guaidó must step aside
According to Rodríguez, another opposition leader, instead of Guaidó, must come forward. “In Venezuela, leaders are eternal and that prevents a renewal in politics,” Rodríguez commented. “Guaidó had the support of all the opposition sectors. As the various failures piled up, like asking for more and sanctions, his support group became smaller.”

“The attempt to remove Maduro through international pressure or a military coup did not work,” added Rodríguez. “Those who had that idea, like Guaidó, should step aside and give way to those who have other ideas.”

“There is a division in the opposition that could work to Maduro’s advantage perfectly,” concluded Rodríguez. “Maduro must be wondering how he got so lucky with this split in the opposition. Truth be told, it is most likely that a good part of the map of Venezuela will turn red on November 21.”