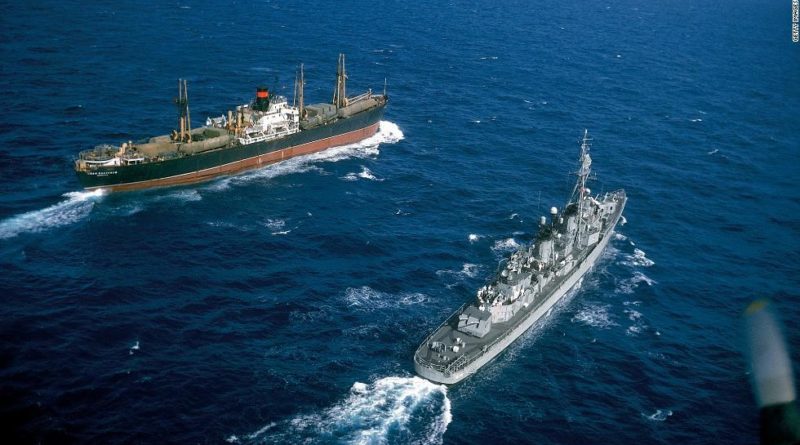 The president of the United States, Donald Trump, does not rule out a military invasion in Venezuela and a naval blockade, in his eagerness to “smash” the constitutional government of president Nicolás Maduro, who since taking office has been the target of political attacks by US regime. This statement corresponds to a report published on the Zero Hedge web portal , which states that “the naval blockade proposed by Trump includes the deployment of multiple warships that would be deployed on the coasts of the South American country. However, this proposal faces great opposition among the US military,” said the Bloomberg agency.

The piece highlights that the highest authority of the White House is frustrated by not being able to bend the Venezuelan president, despite the unilateral and coercive measures applied to block the economy, especially oil exports.

The senior official, quoted by Bloomberg, indicates that “the White House insists that elections in Venezuela will not be possible with Maduro in power, which is why they continue to support the deputy of the National Assembly in contempt, Juan Guaidó, to guarantee the loyalty of the military and the leadership of the country, which so far leans towards the government of Nicolás Maduro and to support for institutionality.”

In the aforementioned report, Spain is mentioned, whose government is part of the allies of the US campaign and the European Union to oust the head of the Venezuelan state, so, they continue to promote new actions that contribute to increasing international pressure against the government of Nicolás Maduro.

RELATED CONTENT: Venezuela and Its Next Battle Against Terrorism

The information specifies that these destabilizing actions include unilateral measures imposed on companies that conduct business with the Venezuelan government such as Reliance Industries of India, Repsol of Spain, Chevron and Greek carriers.

The Bloomberg web site does not rule out the possibility that Trump will raise the issue of India’s oil imports from Venezuela to Indian Prime Minister Narendra Modi during Trump’s two-day visit next week.