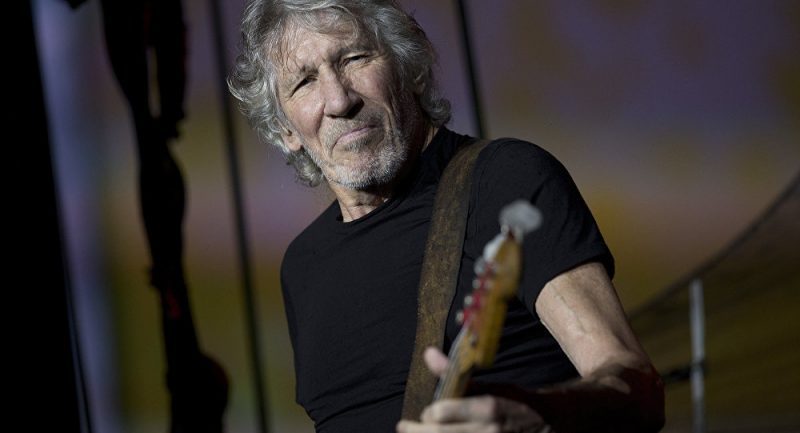 In a video that was meant to be played at a pro-Maduro event, the rock star condemned the US-spearheaded sanctions, stressing that they have been used against “every single citizen”, bringing about an overwhelming crunch, potentially a precursor of a national coup d’etat.

Pink Floyd’s former frontman Roger Waters, who has always been socially and politically active, calling for a cultural boycott of Israel or openly referring to Julian Assange as an Australian hero, has now had his say on the Venezuelan crisis. In a selfie video message he vociferously demanded that the US lift sanctions slapped on the Latin American country.

Waters, who said that the video was to be played at the past “Hands Off Venezuela” concert in support of President Nicolas Maduro, expressed a belief that the shipment of humanitarian aid, which the US aimed to deliver to the embattled country, could herald a national coup.

“I have admired you from afar, certainly since 1998, but before that”, he told concert-goers at the event on the country’s border with Colombia, from where the Venezuelan opposition tried to ensure the deliveries of humanitarian aid to the country the other day.

“I have watched you from afar resisting all the attempts of the great imperial powers to destroy your revolution. You resisted in 2002 and you are resisting now…” Waters went on, adding:

“These dreadful sanctions that are being used against you, all of you, every single one of you, I condemn absolutely”.

Demonstrating what appeared to be a Donald Trump puppet that, however, bore a striking resemblance to Boris Johnson, the rock singer, who mentioned that he has friends on Caracas, urged the US to lift the sanctions:

“I have a message … lift the sanctions. If you care about the Venezuelan people, lift the sanctions. Do not invade Venezuela. This is a proud, independent sovereign nation and they can figure it out for themselves. The last thing they need is Elliott Abrams’ and John Bolton’s stamping all over their country with heavy boots… Viva Venezuela”, Waters noted emotionally.

He rounded off his address by swigging a shot of some spirit.

In a parallel move, Waters has lashed out at 2020 Democratic presidential candidate Bernie Sanders took to Twitter on Saturday to call for an end to the humanitarian ordeal in Venezuela.

“Bernie, are you f*****g kidding me! If you buy the Trump, Bolton, Abrams, Rubio line, “humanitarian intervention” and collude in the destruction of Venezuela, you cannot be credible candidate for President of the USA. Or, maybe you can, maybe you’re the perfect stooge for the 1 %,” Waters replied to Sanders’ tweet.

Venezuelan security forces stand guard at the border town of Ureña after Maduro´s government ordered to temporary close down the border with Colombia on February 23, 2019.
Last but not least, the 75-year-old earlier criticized billionaire Richard Branson for setting up a separate concert on the Colombian side of the border to collect aid for the impoverished nation.

Crisis-hit Venezuela is now witnessing a large-scale controversy over aid deliveries from the US. Two convoys carrying US humanitarian relief from Brazil and Colombia attempted to enter Venezuelan territory, but were stopped by Caracas’ forces on 23 February. Earlier, Venezuelan President Nicolas Maduro blasted the planned delivery of the aid, calling it a pretext for a US attempt to “destroy the independence and sovereignty” of the country, ordering the closure of the country’s borders. He insisted that Washington deliberately fabricated the humanitarian crisis to justify an intervention, adding that the country is capable of coping on its own.