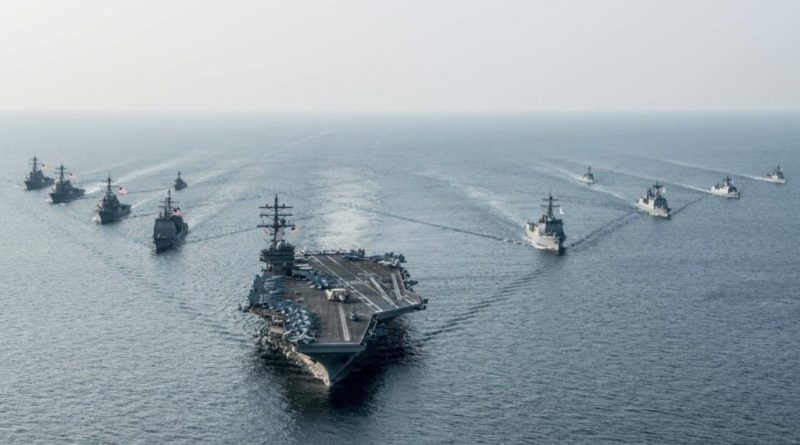 Are dissenting positions beginning to emerge in the opposition regarding a possible direct armed intervention by the United States in Venezuela or through paramilitary groups to depose the government “the hard way”? This seems to be the case, and it must be stated that in this case it is not the opposition sector that has marked a distance since 2019, but parts of the “hard core” opposition.

The emblem of this moment is the economist José Guerra, who surprised his followers with declarations in a conciliatory tone, in which he said that he wanted to see Nicolás Maduro, Diosdado Cabello, Jorge Rodríguez and the other Chavistas doing politics “as the minority they are,” after the transition.

Guerra did the best an opponent can do to stir up the radical hornet’s nest: he assumed a conciliatory stance. And he did it on a point in which the wasps are particularly furious: the determination that the long national political conflict ends with an extermination of Chavismo.

RELATED CONTENT: Putin and Maduro Spoke by Phone About the Coronavirus Pandemic (+Communique)

At a time when the United States seems to have decided to intervene militarily or impose a naval blockade to sink the government of Nicolás Maduro in the midst of a pandemic, Guerra took a pacifist variant with a dose of nationalism: “The exit must be political, at the end, people are going to have to vote, because I am not going to swalow a president imposed by a foreign intervention, I want people to choose their president,” he said.

Troy burned, as expected. The digital warriors launched the classic accusations of collaborationism and some human rights defender even dared to guess that the deputy was severely tortured by “the dictatorship”, which would have broken his determination.

The case of Guerra does not seem to be the only one, although it is the most shocking because it belongs to the anti-Chavismo hard line side. In fact, the accusation of raising and financing the riots in Caracas in 2017 and after the self-proclamation of Juan Guaidó in 2019, weighs on him. The judicial process opened against him, which forced him to declare himself in hiding, is for treason, civil rebellion, conspiracy to commit a crime, usurpation of functions, public instigation to disobey the law and instigation of hatred.

Stalin González: out of context?

Another high-level leader within the opposition who seems determined to revise radical positions is Stalin González. In an interview with the Catalan newspaper La Vanguardia, he said that the Venezuelan political conflict should be resolved through negotiation and not by imposing one group on another.

When the interview was released, González was quick to accuse the journalist of taking his words out of context. He explained that he spoke to the reporter for the Barcelona newspaper in February, and the interview was published in March, after water had already flowed under the bridge. Specifically, in the meantime nothing less than the succession of US threats on Venezuela happened: the announcement of the indictment of Maduro for alleged charges of drug trafficking and terrorism with a bounty for his capture; and the proposal of a new transition plan “without Maduro and without Guaidó.” González’s explanations did not prevent him from being stung by angry social network wasps or, at least, put him under observation as a possible “soft” cadre.

Capriles: agreement on the pandemic

Another who dared to challenge the goads and propose “some kind of agreement” with the government was Henrique Capriles Radonski, who has emerged as the leader of the moderate stream of Primero Justicia. His proposal – it is necessary to clarify it – was restricted to the point of attention to the Covid-19, but that did not mean it made a difference.

“This is not about seeing who defeats the other. Imagine, we being so small that in a pandemic and an emergency in the world are we going to be doing that? I think Venezuela deserves everything and Venezuelans deserve everything. And we have to have the stature to face this difficult moment of so much uncertainty that our people are experiencing,” he said.

Weeks before the government of Donald Trump, spurred by the problem of the pandemic, put a price on Maduro’s head and announced an anti-drug operation in the Caribbean, which seems more aimed at besieging Venezuela through a blockade, the right-wing intellectual Carlos Blanco assured that “there is not and there will be no invasion unless the madness of the red nomenklatura develops open military actions towards the exterior. This will not happen because the heads of the criminal corporation (meaning the government) have decided to disguise their external incursions with surreptitious financing to destabilizing groups and the always generous aid to the ELN, the dissent of the FARC, the collectives, and other gangs.”

Blanco assured that “there will be no invasion because the United States is not in a political position to carry it out and because the country’s democratic forces do not request it, among other things, because turning Venezuela into a space for prolonged foreign military occupation is neither in its interest nor in the interest of anyone.”

By stating so bluntly that the country’s democratic forces are not calling for a US invasion, Blanco appears to be putting a substantial part of the opposition outside the realm of democracy that has certainly clamored for such intervention. The singing voice in this clamor has belonged to Juan Guaidó himself and all those who operate as his government officials, who have always insisted that all options are on the table, and even below it.

Apart from those who have established their position with statements, such as Guerra and González, or at least on an agreement for the pandemic, such as Capriles, it can be said that many leaders have expressed their opinion with their silence. In this group are the members of the G-4 who have not openly supported the invasion or some other type of violent removal from the government, but have not opposed it either.

Among the most prominent figures are the secretary general of Democratic Action, Henry Ramos Allup, the head of Un Nuevo Tiempo; Manuel Rosales, as well as cadres of these two parties that usually participate in political controversy. In their defense, perhaps they will say that they are also keeping a quarantine of statements.