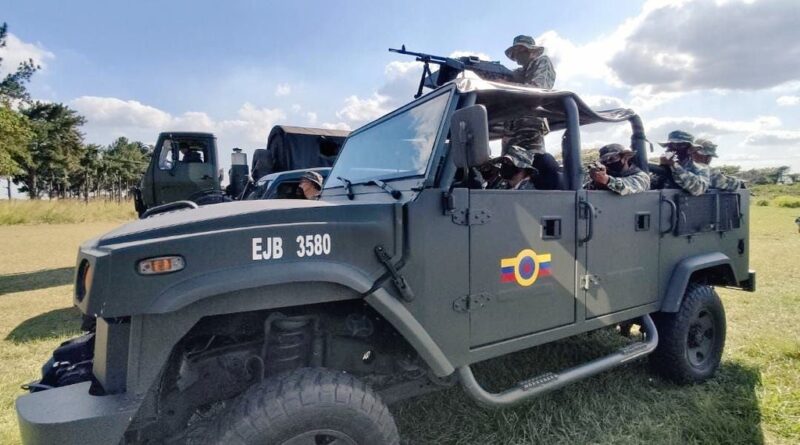 Colombian President Iván Duque said this Friday, February 4, that he will speak to the Russian ambassador to Colombia, Nikolay K. Tavdumadze, to clarify the objectives of Russia’s military presence in Venezuela.

Thus, Duque has chosen to ignore the statement from the Russian embassy in Colombia, which had denounced unfounded allegations made by the Colombian Defense Minister, Diego Molano. Molano accused Russia of supporting and implementing technical assistance at the Venezuelan border, to carry out a foreign “intervention.” The Russian embassy called these accusations irresponsible, as Molano did not provide any evidence of such “intervention,” and the Colombian government continues to ignore the sovereign right of Venezuela to secure its border from the violence originating from the over 60 years of civil war in Colombia.

The Russian embassy’s statement further stated that “it notes with perplexity the continuous attempts to unfoundedly accuse the Russian Federation of alleged interference in the internal affairs of Colombia… Diego Molano seeks fictitious enemies by mentioning a foreign intervention on the border with Venezuela.”

The statement also highlighted President Duque’s meetings with the heads of accredited diplomatic missions, and the statements of the Colombian presidentin those meetings, where he had insisted on developing friendly ties between Bogotá and the outside world, especially with his masters in Washington and its European lackeys.

Evidence in hand (now for real)
According to Colombian newspaper El Tiempo, Duque claims to have proof of the existence of the FARC in Venezuela and wants to expressly communicate this to the Russian diplomatic representatives. This would not be the first time that the Colombian president, a sworn enemy of Chavismo and Maduro’s administration, made such statements. The most memorable of these grand announcements was made at the United Nations General Assembly two years ago, when he presented a report and photos that he claimed proved the presence of Colombian guerillas in Venezuela, and in less than 24 hours those photos where proved to have been taken in Colombia.

This time, the Colombian head of state wants to know about Russian military presence in Venezuela. “We are going to have the opportunity to speak with the diplomatic representation of Russia in Colombia to understand a bit about the military assistance that is being provided to Venezuela, why they have some equipment in that country,” he said, according to EFE. It appears that Duque does not understand, or probably chooses to ignore, the strategic and secret nature of military deals between countries.

“It is important that we continue to maintain the cooperative spirit, the frank spirit, and obviously maintain this at the level of diplomatic dialogue,” said President Duque at a ceremony on Friday at the Military Transport Air Command (CATAM), in Bogotá, where he received a shipment of more than 1.1 million COVID-19 vaccines from the pharmaceutical giant Pfizer, donated by Spain, to deal with the fallout from his own terrible handling of the pandemic in Colombia.

The Ambassador of the Russian Federation to the Bolivarian Republic of Venezuela, Sergey Melik-Bagdasárov, drew attention to Duque’s call for dialogue with the representative of the Kremlin in that country, and reminded the Colombian president that for this dialogue “it is necessary to coordinate policies with Russia and not with Silvercorp.” Silvercorp is the US mercenary company of Jordan Goudreau, that was used to plan Operation Gideon with the aim of assassinating the President of Venezuela, Nicolás Maduro and other leaders of the Venezuelan government and army. The assassination operation, which was foiled by fishing communities and the civic militia in coastal La Guaira, was launched from Colombian territory.

Colombian Defense Minister Diego Molano claimed on Thursday, February 4, that some personnel and units of Venezuela’s Bolivarian National Armed Force FANB) have been mobilized to the border with Colombia “with the support and technical assistance of Russia and Iran.” What Molano did not mention was this move made by Venezuela in response to a series of violent incidents in the Colombian department of Arauca that have claimed the lives of several dozens Colombians and have displaced hundred of families in the area, many of whom have fled into Venezuela.

For his part, the head of the Strategic Operational Command of the Bolivarian National Armed Force (CEOFANB), Domingo Hernández Lárez, asserted that Venezuela “does not need anyone’s permission to move our Russian, Iranian, gringo, Italian, English, French, Austrian, Israeli vehicles, or those from any other country that comes to mind.”