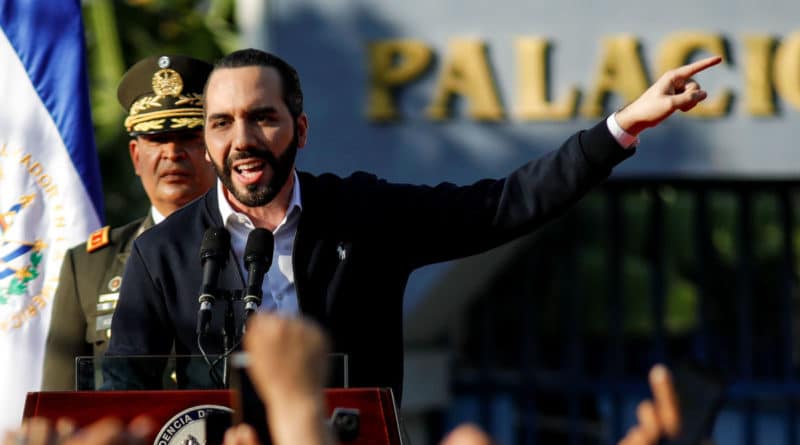 SAN SALVADOR (Sputnik) – The Supreme Court of Justice of El Salvador prohibited President Nayib Bukele from calling Parliament, through the Council of Ministers, to approve the negotiation of a loan to finance a security plan.

“To order the Council of Ministers, of which the President of the Republic is a member, to cease the effects of the summoned call for the purpose of an extraordinary session of the Legislative Assembly in order to approve the loan with the Central American Integration Bank Economic for the implementation of Phase III of the Territorial Control Plan, as well as any call related to the subject”, is stated in the resolution of the Constitutional Chamber of the Supreme Court of Justice. The magistrates of the Chamber issued the precautionary measure as a result of the admission of a demand for unconstitutionality filed by two citizens against the call made by Bukele on February 6, and which unleashed an institutional crisis that included the militarization of the Legislative Assembly on 9 February.

The head of state considered, in his interpretation of article 167 of the Constitution, convening an extraordinary session of Parliament, through the Council of Ministers.

The resolution also ordered the president to refrain from using the Armed Forces in activities contrary to the constitutionally established ones, and prohibits the Minister of Defense and the director of the National Civil Police from exercising functions other than those mandated by the Magna Carta.

“The system protects itself. And that’s how things remained the same …”, Bukele replied in his Twitter social network account, sharing a photo of the ruling of the Chamber.

Bukele justified his actions in an interview with the Spanish newspaper El País, and in social networks he again held the deputies responsible for the insecurity prevailing in this Central American nation, one of the most violent in the world.

RELATED CONTENT: US is in Debt to Central America