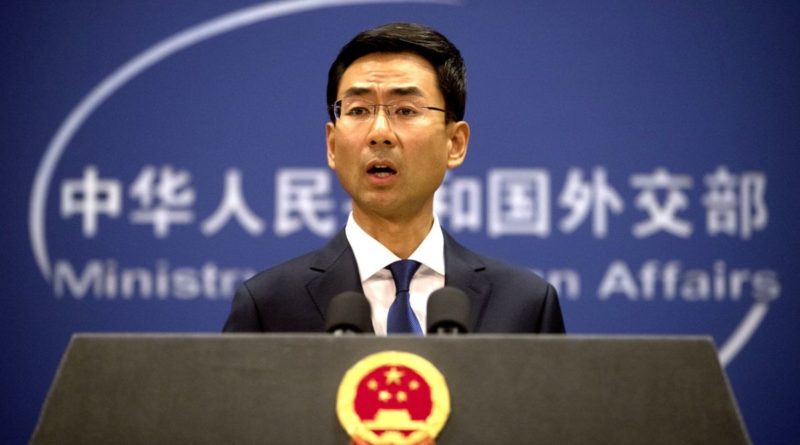 The spokesman of the Chinese Foreign Ministry, Geng Shuang, according to Prensa Latina, also denounced the damage to the economy, the entire population and the normal development of Venezuela’s international relations.

China advocated the search for solutions through dialogue on the situation in Venezuela and Palestine, ratified its position of adherence to the principles of the Charter of the United Nations (UN) and its rejection of foreign interference.

The spokesman for the Chinese Foreign Ministry, Geng Shuang, according to Prensa Latina, also denounced the damage to the economy, the entire population and the normal development of Venezuela’s international relations due to the imposition of coercive measures by the United States government.

The government of Beijing is one of several international allies of the Maduro Administration, along with Russia, two of Nicolás Maduro’s main geopolitical supporters in the international geoipolitical board of the Venezuelan crisis.

“We urge other countries to take into account the humanitarian reality of Venezuela, stop imposing unilateral and extraterritorial sanctions, and work to create necessary conditions that will lead to the stability of their economic growth,” Geng Shuang said.

Similarly, he repudiated any unilateral act that increases tensions between Israel and Palestine, asked the Tel Aviv Government to act with caution and prevent a deterioration of peace in the region.

“China advocates a solution to the conflict based on the international consensus, including UN resolutions, the two-State solution and the peaceful land principles,” he said.