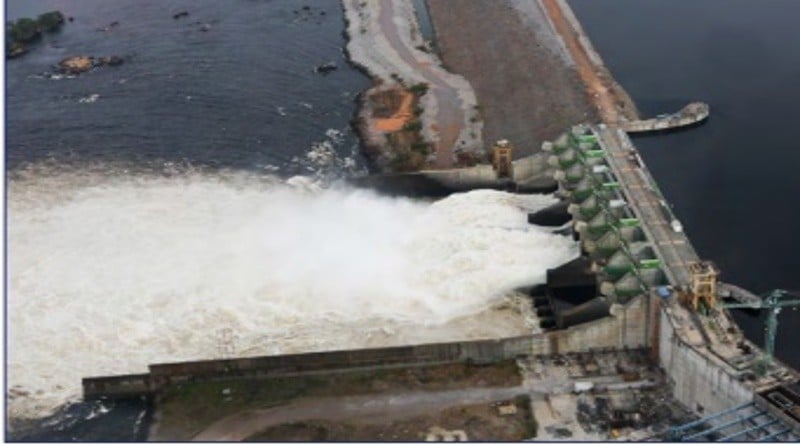 With regard to the attacks on the National Electric System (SEN) that has affected the daily life of the Venezuelan people, the Presidential Press team published a special communique that includes a chronology of these acts of sabotage perpetrated by sectors of the Venezuelan far right.

Here is the full text of the aforementioned material:

With the aim of generating a scenario of chaos and destabilizing Venezuelan society, on March 7 the Venezuelan electricity system was again the victim of a criminal attack.

This is an attack with electromagnetic weapons to the system of the Simón Bolívar Hydroelectric Plant , known as El Guri, which supplies 80% of the country’s electricity, and other electrical systems in the national territory.

The attack maneuvers – to besiege the people with what is considered a geophysical weapon – that were planned and executed from the United States and sponsored by sectors of the national far right, were generated in three ways: cybernetic, which took place in the brain of the El Guri reservoir and in Caracas; electromagnetic, with which distribution and transmission was knocked down and in this way the process of recovery achieved was interrupted. Finally, the burning of stations and electrical substations was executed, which consolidated the physical attack. In addition to the systematic sabotage to each recovery of electric power service achieved by the National Government, which had been restored at 75% the following day and then shut back down; and later in the early hours of Monday, already had a 95% recovery in the capital region and 100% in the east of the country; being harmed again to cause the explosion in the Alto Prado substation with the objective of “knocking down all the electricity in Caracas to reverse the recovery process in the east and put us in the zero point,” as reported by the President of the Republic, Nicolás Maduro , in an address offered to the Nation.

Despite this aggression the Executive continued to lead, with nerves of steel, as directed by the Head of State, therefore, explained Maduro, the first step was to assemble a team of Venezuelan experts in the field, which had achieved partial recovery of the computerized brain of the Guri, followed by the national brain and “then it was achieving the liberation from cybernetic attacks, that already today are proven to be possible and that only the government of the United States has (the capacity to launch) them”.

But the attack on electric power generation systems in Venezuela is not new, for the last five years the country has been facing sabotage actions that attempt to damage the well-being of the population and the morale of the workers of the Electric Corporation. National (Corpoelec) for political purposes.

Below is a summary of the attacks that have victimized the National Electric System. In September, inhabitants of the Capital District, along with those of at least 10 other cities in the country, unexpectedly suffered a blackout caused by a sabotage on line 765 located between San Gerónimo and La Horqueta, in the state of Guarico, to destabilize the population.

On December 2, an attempt was again made to cut off the electricity supply in part of the country at the moment when the Head of State offered a speech, prior to the election of mayors. Damage that was repeated in the same line of the llanera entity.

In October 2015, a group of armed persons entered the Alfredo Salazar plant, located in Anzoátegui state, some 324 kilometers from Caracas, and stole equipment and materials from the electricity system.

A month later the Venezuelan leader denounced 17 attacks on the electricity system in just one month. Highlighting in that opportunity vandalism in the states of Zulia, Tachira and Falcon in which a truck full of tons of stolen cables in the western electricity system was counted.

By February, part of Caracas again ran out of electricity after a fire was caused in a box of underground cables.

In March the extreme right again tries to sabotage the system in the south of the country, an action that left a balance of one deceased person and another arrested in flagrante delicto.

A month later, about 20 hooded men attacked the facilities of the San Cristóbal I substation, on the border with Colombia.

Between the end of April and the middle of May, two new attacks were generated: the first to a cable tower and the second in the Bolívar state.

In the month of June, the violent actions intensified and a fire broke out in the Barinas 3 substation.

Since August, the people of Zulia state became one of the most affected.

The Punta Iguana, Punta de Palma and El Tablazo substations were affected by the theft of strategic material.

According to data from the Ministry of Popular Power for Electric Power, during this year 42 people died due to sabotage to the SEN.

Zulia is once again the scene of vandalism. During the month of January there were two attacks, three more in February, two in April, two in May, one in June and another in August.

From August of the year 2017 to the same period in 2018, 130 people were arrested and another five died in the attacks.

Since the beginning of the electric war, intensified during the National President’s administration, more than 200 people have died due to their participation in acts of sabotage, while 150 substations of Corpoelec have been affected. The recent attack on Venezuela is about “high-level technology that only the United States Government has (…) that produces electromagnetic attacks against the transmission lines” and interrupts successively the process to reconnect the different stations,” said the National President.

An electromagnetic pulse attack (EMP) can be detonated in various ways, resulting in direct and indirect effects.

The first are due to electromagnetic “shock” and voltage caused on electrical systems on the ground. It damages and destroys the electronic controls, then the damage expands towards the connected systems, according to international media.

According to the Misión Verdad portal, the military body of the United States Aviation published a report in early 2018 on the possible consequences to victims of an electromagnetic attack.

In this section, the sudden interruption is analyzed by means of an EMP attack and it concludes that it can interrupt the system or electrical network of any State for a long period of time.

This is achieved due to the interconnectivity of computer systems and infrastructures. Situation that is not far from what happened in the Guri, which suffered a cyber attack to the automated control of Ardas regulation, a kind of electronic computerized brain that regulates the 20 machines of the hydroelectric system, as explained by the sector vice-president of Communication, Culture and Tourism, Jorge Rodríguez

The aforementioned document also points out among the possible results of the attack by the United States to another victim country, a social revolt in “hours”, technological consequences in numerous equipment and computer circuits, long term failures in electric power, in addition to indicating that they would require at least 18 months to replace the key elements of the damaged network or system.

This escalating coup demonstrates how disconnected the far right is from the agenda of dialogue and peace proposed by the Venezuelan dignitary, who last Tuesday announced the formation of a Presidential Commission to investigate the multiform attack perpetrated against the SEN, that will be headed by the executive vice president of the Republic, Delcy Rodríguez.