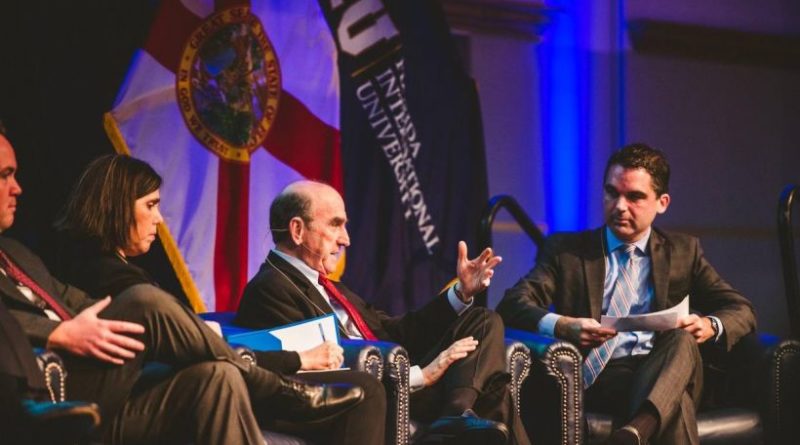 The State Department’s special envoy for Venezuela, Elliott Abrams, participated in the “What to do, Venezuela? Forum” as part of the State of the World 2020 meeting organized by Steven J. Green School of International & Public Affairs of the Florida International University (FIU), along with the McCain Institute for International Leadership of Arizona State University and The American Interest magazine, on January 9 and 10.

After such an event, Abrams attended a press conference where he answered some questions about US policy towards Venezuela. He announced that new sanctions would come against the deputies of the democratic opposition who took control of the National Assembly to the detriment of Juan Guaidó.

He was also asked about whether a US military intervention in Venezuela would depend on any request from Guaidó, to which he replied: “As we have seen in the Middle East, any president of the United States, if he wants to use force to defend our national interests, he will use force. Frankly, it does not depend on Juan Guaidó, it depends on President Donald Trump.”

He recalled that Washington has given some “654 million dollars to help the Venezuelan people, exiles and those inside the country. We will give more. Congress said it wanted to give a significant amount to Venezuela.”
He also urged the appointment of new authorities in the National Electoral Center (CNE) to organize elections as soon as possible. The National Dialogue Table plans to make such a reorganization so that parliamentary elections are convened in the country, as agreed by Chavismo and the non-extremist opposition.
In addition to Abrams, speakers from the George W. Bush Presidential Center, New America, Carnegie Endowment for International Peace, Free Russia Foundation and German Marshall Fund, as well as IDEAS for Cuba, participated in the debate on Venezuela, a new initiative that is part of the work from the Vaclav Havel Center for Human Rights and Diplomacy at FIU.