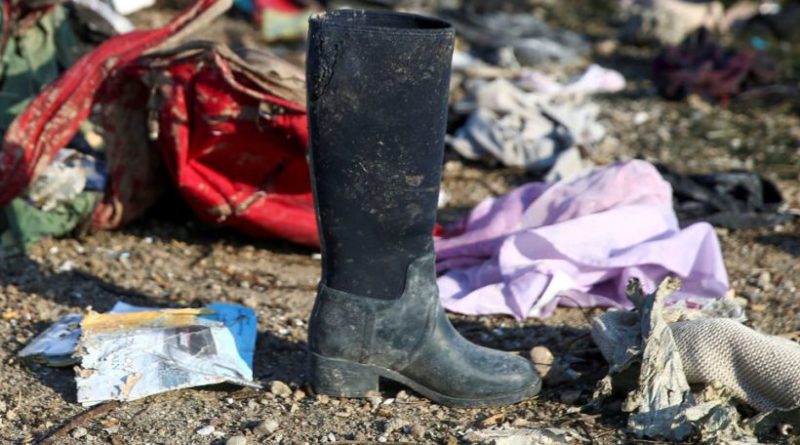 The General Staff of the Iranian Armed Forces admitted that their air defenses mistakenly shot down the Ukrainian flight PS752 shortly after taking off on January 8 in Tehran:

“In the first hours after the missile attack [at the US base of Ain al-Assad in Iraq], military flights by the US terrorist forces had increased throughout the country. Iranian defense units received news of witnessing flying targets that were moving towards the strategic centers of Iran, and then several targets were observed in some [Iranian] radars, triggering greater sensitivity in the Air Defense units.

“In such sensitive and critical circumstances, the PS752 flight of the Ukrainian airline took off from the Imam Khomeini airport and, when turning around, approached a sensitive military site of the IRGC (Iranian Revolutionary Guard Corps), taking the form and altitude of a hostile target. Under such conditions, due to human error and involuntary movement, the plane was hit [by the Air Defense], which caused the martyrdom of various of our countrymen and the death of several foreign citizens.

“The General Staff of the Armed Forces offers its condolences and expresses its sympathy with the grieving families of Iranian and foreign victims, and apologizes for the human error. It also fully guarantees that it will conduct an important review in the operational procedures of its armed forces to make the repetition of such errors impossible. We will also immediately deliver the guilty parties to the Armed Forces Judicial Organization for prosecution.”

The Pentagon had claimed that Iran shot down the plane but the evidence presented was weak and not enough, since the United States tends to spread misinformation about Iran (and any other country that is not under its wing).

In this way, the Iranian authorities clarify the details of the incident and accept the error in this tragedy.

The Moon of Alabama blog reported that the United States, on the other hand, has never accepted such errors in the US field: “After the USS Vincennes shot down Iran Air Flight 655 in 1988 and killed 290 people, including many children, the US government denied any guilt. George HW Bush, the vice president of the United States at that time, commented:

“I will never apologize for the United States — I don’t care what the facts are. … I’m not an apologize-for-America kind of guy.” — Comments during an Aug. 2, 1988, campaign stop about the USS Vincennes’ mistakenly downing a commercial Iran Air flight, killing 290 civilians.

Despite its “mistake,” the crew received medals and the captain was even awarded the Legion of Merit “for his exceptionally meritorious conduct in the performance of an outstanding service as a commanding officer. . .”

Iranian Foreign Minister, Javad Zarif posted on his twitter account a message of acknowledgment and condolence but also pointing to “US adventurism” as the cause for the situation.

Our profound regrets, apologies and condolences to our people, to the families of all victims, and to other affected nations.
💔

It was the murder of Iraqi and Iranian national heroes Abu Mahdi al-Muhandes and General Qassem Soleimani that caused the great alarm and nervousness that, in the end, killed 176 passengers and crew aboard the PS752 flight. This was described by the IRGC aerospace commander, Amir-Ali Hajizadeh, at a press conference.

Commander IRGC: “I wish I was dead and that such an incident had not happened. At IRGC we accept full responsibility and are ready to implement any decision made by the authorities.”

Commander IRGC: “I was in the west of the country after the attacks on the US base in Iraq when I heard the news. We sacrifice our lives for our people for a lifetime, and now we are exchanging our reputation with God (dishonoring ourselves) and we appear in front of the cameras to explain.”

“The IRGC Aerospace Commander says that we had requested the establishment of an air exclusion zone given the war situation. But it was not approved by certain considerations (says the review). The IRGC Aerospace Commander says that the Air Defense operator sent a message to his commanders, but after not receiving any response for 10 seconds, he decided to shut it down.”

Commander IRGC: “I informed the Iranian officials on Wednesday morning and said we speculated that we shot down our own passenger plane. But the Armed Forces General Staff quarantined all who knew it and decided to declare it later.”

IRGC Commander: “Officials, including aviation authorities, who continued to deny the impact of the missile, are not guilty. They made those comments based on what they knew. We are to blame for everything.”

Commander IRGC: “We were at that time ready for a total war with the United States. We had reports of cruise missiles fired at Iran. It was an individual mistake that caused this tragedy.”