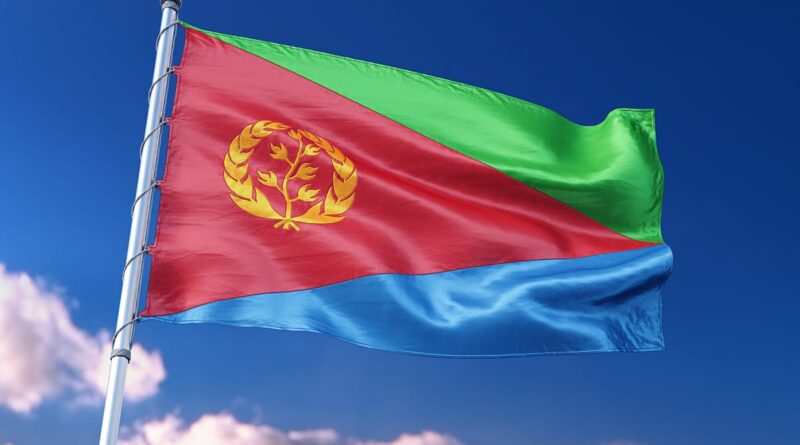 The rapid expansion of AFRICOM on the African continent should be a cause for concern as African nations are quickly surrendering their sovereignty to the US. As the only country without a relationship to AFRICOM, Eritrea bears the brunt of US vilification. We must salute Eritrea’s ongoing project of national liberation.

The U.S. has built military-to-military relations with 53 out of the 54 African countries that include agreements to cede operational command to AFRICOM, the U.S. Africa Command. The broad network of AFRICOM military bases, as well as those from France and other world powers, are examples of how African states are surrendering their sovereignty through neocolonial relationships with Western countries. African self-determination and national sovereignty are impossible as long as the U.S. and its European allies are allowed to use military power to control African land, labor, and resources.

A major component of AFRICOM’s activities includes the indoctrination of African security forces through military training, including through the Africa Contingency Operations Training and Assistance Program (ACOTA) (formerly the African Crisis Response Initiative) (ACRI) ),  Africa Center for Strategic Studies (ACSS) ,  International Military Training and Education (IMET) Program, and the numerous military exercises carried out by AFRICOM forces, including African Lion , Cutlass Express , Phoenix Express , Obangame Express , and Flintlock , among many other exercises, which have included participation from almost every African country. As Netfa Freeman pointed out in a recent article, “an indoctrination about the inherent goodness of the U.S.-European role in Africa accompanies this military training with blindspots about the true legacy of colonialism.”

The U.S. military uses the myriad security challenges facing the African continent as an important justification for AFRICOM’s existence, and the most prominent of these justifications is the threat that the U.S.-led “war on terror” is seemingly addressing. However, these security challenges and terror threats are actually driven in large part by the presence of foreign militaries on the continent. Before September 11, 2001, Africa seemed to be free of transnational terror threats . Since then, U.S. military efforts on the continent have grown in every conceivable way, from funding and boots on the ground to missions and outposts, while at the same time the number of transnational “terror” groups has increased in linear fashion . Despite this increase, extremist groups are active in less than 10 of the 54 countries in Africa. Justifications for AFRICOM’s presence on the continent, such as the rise of terrorist groups, ignore that the Pentagon and the CIA have recruited and trained extremists to fight as their proxies on many occasions.

It is clear that the African heads of state with working relationships with AFRICOM are surrendering their sovereignty and inviting a destabilizing presence.

Eritrea is the only country on the African continent without US military relations. In 1977, the last Americans at Kagnew Station, the U.S. military station in present-day Asmara, Eritrea, officially left the US’s listening post in the region. Kagnew was initially acquired through a deal with the Ethiopian government in 1943, an important geostrategic location for the US Navy during the Cold War. At the time, the Eritrean Armed Struggle for Independence against imperial Ethiopia (1961-1991) was ongoing; it was fear of heightened violence and warfare in Eritrea that led to the US’s ultimate and official withdrawal from Asmara and its closure of Kagnew in 1975.

This history is important in understanding the West’s contemporary vilification of Eritrea, as it is the only country on the African continent without a relationship with AFRICOM. We can’t and shouldn’t ignore the significance of this vilification as it relates to any African country’s sovereignty and the refusal to govern based on directives from the United Nations (or its allied entities). Eritrea’s defense forces are not only organized, but soldiers’ military training, skills, and expertise do not come from France, the United States, or any other major Western power. This is a notable difference from other African countries. Even the African Union’s standing army, the African Standby Forces, operates according to the UN’s notion of peacekeeping .

Today, a focal point of critique when it comes to Eritrea is its national service program, “Sawa,” which high school students complete in their final year (12th grade). In its conception in 1994, national service was supposed to be for a limited time period. However, conditions in Eritrea changed when the former political party of Ethiopia, the TPLF, an organization that initially claimed anti-imperialist aims , became a client to US interests in the Horn of Africa. This led to a border conflict and warfare from 1998 – 2000, which ended the period of peace between Eritrea and Ethiopia after formal Eritrean independence in 1991. Post-war, Eritrea was in a no war-no peace situation, whereby the specter of territorial infringement was a real possibility in a TPLF-led Ethiopia that consistently preached a vision of an Abay Tigray (Tigrinya for “large Tigray”) — a dream to expand into and occupy Eritrea, making it a Tigrinya ethno-state. For many, national service in Eritrea is ongoing.

RELATED CONTENT: “Every Option Is on the Table”: US Prepping for Libya-Style Intervention in Ethiopia

National service is not a totally uncommon feature of modern day nation-states; countries from South Korea to Israel have national service, which include a military training component. But these countries are seldom critiqued for requiring military service of their citizens. The origin of Eritrea’s national service program, “Sawa,” in 1994 came from a need to give youth work post-war. Decades of colonialism and war left a nascent Eritrean society with purposefully destroyed infrastructures in an effort to de-skill Eritreans both technically and militarily. We can tie this to the US’s goal of “policy [and] security interests in Eritrea”when it sponsored the UN resolution to federate Eritrea with Ethiopia in 1952, setting off Haile Selassie’s imperial expansionist project in the Horn. These historical-political events are germane to understanding what it means for an African country like Eritrea, whose policies largely focus on developing human capital and capacity and protecting national sovereignty, and which chooses  not to have US-European military relations.

It is helpful and interesting, then, to link Max Weber’s theory of states (and sovereignty), in which he posits that one feature of a legitimate state is a standing army, with how Jemima Pierre theorizes the manifestation of white supremacy and racism in Africa. What does it mean for African people to be organized and possess the military capabilities to defend themselves and their nation? We must eradicate the legacies of imperialism enacted through mechanisms like AFRICOM, which often manifest in unfounded accusations about terrorism and the levying of unjust sanctions . And we must salute and support Eritrea’s project of national liberation.

Dina M. Asfaha is completing her doctorate in anthropology at the University of Pennsylvania. Her research focuses on medical practices and mutual aid pioneered in the Nakfa trenches of Eritrea during Eritrea’s liberation struggle against imperial Ethiopia (1961-1991), and how these social practices continue to inform the contemporary framework of Eritrean sovereignty.

Tunde Osazua is a member of the Africa Team of the Black Alliance for Peace (BAP) and the coordinator of BAP’s U.S. Out of Africa Network, which is the organizing arm of the U.S. Out of Africa: Shut Down AFRICOM campaign.

Featured image: Eritrea Versus AFRICOM: Defending Sovereignty in the Face of Imperialist Aggression